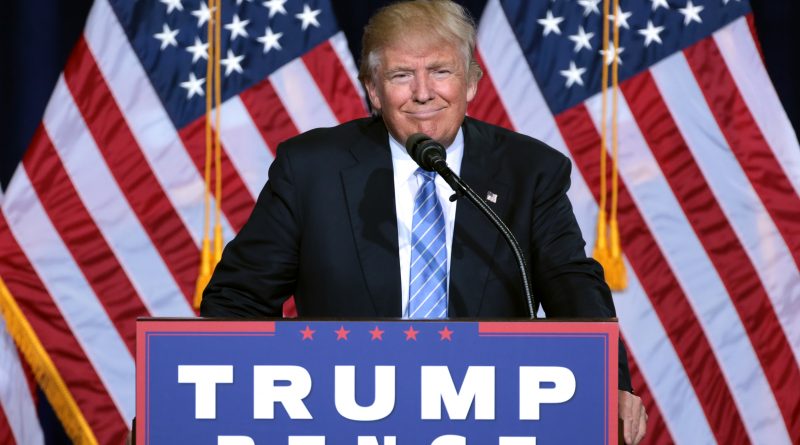 Immigration, terrorism, and healthcare: these were all topics that garnered a great deal of attention during the 2016 U.S. election. One subject that did not gain quite enough coverage especially during the debates, was the prospects of U.S.-China relations as a whole under each candidate. Now, rather shockingly, the United States is set to have a man with essentially no diplomatic experience and arguably a rudimentary knowledge of international affairs as its new president in January.

One of the most concerning aspects of Donald Trump for ordinary Americans and foreign leaders alike is his general unpredictability. The relationship between the United States and China—the largest and second largest economies of the world, respectively—is mutually important for each country and consequently the world economy. It is questionable how Trump would react in the event of a flashpoint in the South China Sea, where tensions are nervously high. It is also concerning if Trump follows through with his belief of China as a currency manipulator and consequently raises tariffs against Chinese exports. Clearly, much is at stake for the two countries, and despite a potentially revisionist Trump presidency, the mutually beneficial relationship will persist as long as the new administration makes wise decisions.

During his campaign, president-elect Trump labeled China a currency manipulator and insisted he would initiate a trade war with China. Nevertheless, in an interview with CNN chief international correspondent Christiane Amanpour, China’s Ambassador to the U.S. Cui Tiankai expressed optimism for the future. “We want to see a smooth transition of the U.S. government, and expect to build a fruitful and cooperative relationship with the new administration,” Tiankai stated. “The two countries are cooperating with each other in so many areas, including economy and trade, investment, energy, counter-terrorism and other global and regional issues.” As Tiankai stated, clearly the two countries have common interests. “Our economic relationship is a mutually beneficial one… We never want trade war or any war with other countries. Both China and the U.S. are members of the WTO, so we should all play by the WTO rules.” Tiankai illustrates the high extent to which China values stability in the relationship due to how connected the two countries are.

Given his widely presumed pragmatism as a business man, Trump can do the world a favor by not rattling economic sabers with China. According to Trump’s official website, one of his seven points for rebuilding the American economy is to “instruct the U.S. Trade Representative to bring trade cases against China… China’s unfair subsidy behavior is prohibited by the terms of its entrance to the WTO.”

Moreover, during his campaign, Trump told supporters that China keeps its currency artificially low to flood the U.S. with cheap imports, putting Americans out of work. However, according to China-based economist Christopher Balding, “what is important to note is that they are (the Chinese) manipulating it (the currency) the opposite of how president-elect Trump thinks they’re manipulating it.” Balding states that years ago China did in fact keep its currency artificially low so that its exports remained cheap. However, Balding insists that in recent years China’s economy has suffered and that, worried about inflation, the Chinese are manipulating its currency to keep it artificially high. Moody’s Analytics chief economist Mark Zandi states that, if China allows its currency to float, as Trump wants, it would not rise, but fall. “It’s likely to fall. In fact, right now it’s falling—the market forces are pushing it down.” Consequently, Chinese exports would be even cheaper, which is what Trump is against.

In his November 16 article, Rob Schmitz of NPR.org writes that labeling China a currency manipulator may be a way to provide legal and moral grounds to impose high tariffs on Chinese exports. He also notes how Mark Zandi insists that the Chinese economy would consequently weaken, and thus the global economy. Zandi and his colleagues at Moody’s Analytics ran an economic model on what would happen with such tariffs and concluded that tariffs on China’s exports to the U.S. would spur a recession by 2018 that would last at least two years. Schmitz references an alternative given by Michael Pettis, an economist at Peking University, which posits that rather than trade barriers, there should be high investment in infrastructure. That way, more jobs will be produced for Americans, and the Chinese benefit from continued export of goods to the U.S. without trade barriers.

There is certainly more to cover concerning the future of the U.S.-China relationship with Trump as the new U.S. president. The potential for armed conflict especially in the South China Sea and Trump’s attitude about the use of armed force requires its own separate analysis that can coincide with this piece. Nonetheless, even from this starting point it is clear that it would take a very impractical leader to rock the boat unnecessarily with the second largest economy of the world. In this regard, hopefully the belief that Trump is a pragmatic business man is valid.

One thought on “Trump and China: What Now?”