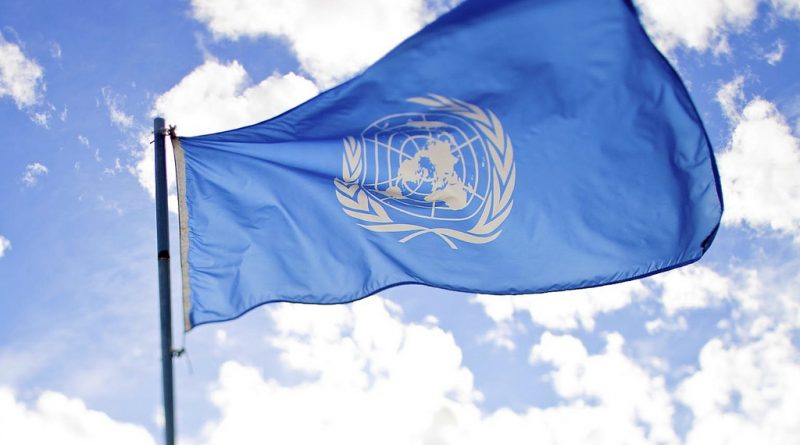 At the beginning of August, 3.5 billion people around the world watched the opening ceremony of the Rio Summer Olympics. While my Brazilian compatriots were relieved with the dazzling performance taking place, I was pleased to see the United Nations (UN) Secretary-General Ban Ki-moon occupying a highlighted place just next to Brazil’s acting president. Surprisingly enough, however, I was the only one among my friends to recognize him. After confused and embarrassed comments of “I have heard about him,” I started wondering how important the current selection of the next Secretary-General is, not only for the UN itself, but also in regards to what message the candidate choice sends to the world.

The 70-year-old organization has had eight individuals serve as Secretary-General. The Security Council carefully selects them behind closed doors and submits their names to the General Assembly for final approval. What has changed in the 2016 election? With the promise of being more transparent and open, member states have the opportunity and responsibility to nominate candidates. In addition, a cycle of debates is taking place, giving the public a chance to ask questions and actively participate in the process. There is a general understanding that the main UN leader should have outstanding diplomatic abilities, communication skills that are capable of reaching as many people as possible, as well as managerial and leadership competencies. Should these requirements be enough to guide the election of the next Secretary-General, regardless of the candidate´s gender or origin?

To advance in this topic, we need to speculate about the mission of the Secretary-General. As the main face of the United Nations, he will represent its Charter, embodying the highest standards of integrity and commitment to its ideals. The Charter widely describes the role as the “chief administrative officer.” At the same time it says that he or she should listen to the Security Council, the General Assembly, and other United Nations bodies. It says specifically that they shall “bring to the attention of the Security Council any matter which in his opinion may threaten the maintenance of international peace and security.” As sensitive as he needs to be to the concerns of member states, he must also follow the UN moral authority, even when it means challenging them. Could the job be more important and delicate? In line with the UN’s impartiality and independence, the Secretary-General should be able to efficiently move around official sessions, hold frequent dialogue with the various member states, and negotiate with world leaders and government bodies.

Although for the first time, the list of candidates has been made public along with broadening disclosure of candidate´s background and nomination letters, the search for the world´s next top diplomatic post is said to be highly influenced by the organization´s own procedures. First, the 15-member Security Council will still recommend a candidate to the General Assembly. Second, the nations who hold veto powers, Russia, the United States, France, China, and Britain, must give the nominee their approval. To make the scenario even more complicated, according to an informal tradition of rotating the post between regions, a candidate coming from Eastern Europe is the leading contender for the post. However, the Ukrainian-Russian conflict may pose a threat, along with more than a quarter of UN states pressuring for the first female to assume the role. Nevertheless, the Security Council does not seem to be moved by these new prospects. After two informal polls with the 12 original candidates, the former Portuguese Prime Minister and previous head of the UN refugee agency, Antonio Guterres, came as the most “encouraged” candidate whereas the highest-ranked female contender secured the third place. The straw poll serves as an indicator of where the candidate stands in the race. Following the first poll, Vesna Pusić withdrew her candidacy after getting the last place. According to the former Croatian Deputy Prime Minister and Foreign Minister, the result indicates that the Security Council will choose someone from within the UN system.

Six men and five women now vie for one of the world´s biggest high-profile jobs. The selection of the next Secretary-General shall reflect how the UN will present itself from now on. Throwing light on the process means to disclose the UN´s work and efforts to promote international peace and cooperation in order to protect human rights and foster social and economic development. Therefore, involving the public in the selection process may be a crucial move to bring people closer and more interested in that. Opening space for civil society initiatives is in line with the 2030 Agenda that recognizes cooperation and interdependence to reach the ambitious Sustainable Development Goals. The appearance of Ban Ki-moon in the Olympics put in practice the so-called UN neutrality. Much was speculated that going to Brazil amidst the country´s political turmoil would display the position of the UN towards the impeachment process taking place in the country. Although my friends were not aware of his presence, I was relieved to witness that the UN was there for a bigger cause. The Olympics bring a peaceful and unified spirit that although temporary, signifies that it is possible. If even the leading sports event could incorporate the new reality of the worldwide refugee crisis by adopting the Refugee Olympic Team, welcomed by a standing ovation, why can the UN Secretary-General election not follow the same trend?