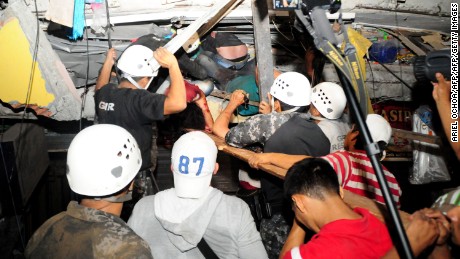 Over 40 people were killed in total with thousands dispersed in evacuation shelters. It has made a negative impact on their economy as the share market fell more than 3 percent on Monday after a series of earthquakes measuring up to 7.3 magnitude struck a southern manufacturing hub, writes Reuters. Of more than 500 quakes hitting Japan  since Thursday, more than 70 have been at least a four on Japan’s intensity scale, strong enough to shake buildings.

41 survivors have stated that over 500 people drowned when the vessel they were traveling in sunk. The UN refugee agency (UNHCR) has cast doubt, tweeting that the information hundreds had died appeared “inaccurate”, according to BBC. Whether this report is true or not, there have been thousands of migrants who have perished crossing the Mediterranean. The BBC article has more information about the peril that many migrants face.

President Obama Will Have Royal Dinner

Time is sharing a tweet from Kensington Palace that confirms that the Obamas will dine with Prince William, Kate Middleton and Prince Harry. It is rumored that Obama will lobby to keep the U.K. in the European Union on his trip, something that the Mayor of London has warned against.

Brazil’s lower house has voted in favor of impeaching Brazil’s embattled president Dilma Rousseff. “I believe in democracy,” she told reporters. “I will fight, like I have always done in my life.” She added: “This is not the beginning of the end – it’s the beginning of the fight”, writes The Guardian. The vote passed comfortably with 367 votes, 25 more than the necessary two-thirds majority. Rousseff  now suffers approval ratings of just 10% as a result of a dire economic recession, political tumult and the Lava Jato corruption investigation into kickbacks from the state-oil company, Petrobras.