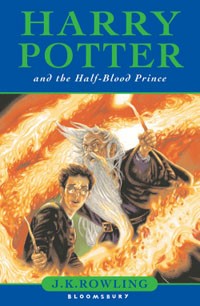 It has come to light that the GCHQ, which is a secret intelligence agency which monitors electronic communication to prevent terrorism and tackle serious and organized crime, contacted Bloomsbury in 2005 after discovering a potential leaked edition of Harry Potter and The Half-Blood Prince. The publisher regarded keeping the plot secret as very important saying: “If newspapers splashed ‘Dumbledore dies’ what pleasure is there going to be for a kid reading it? The enemies stood to ruin a great deal of pleasure for the world”, according to the BBC.

An Indigenous Community in Northern Canada Riddled by Suicide Attempts

The Attawapiskat First Nation in Ontario, which saw 28 suicide attempts in March and more than 100 since last September, recently had 11 members try and commit suicide in one day, according to the BBC. Prime Minister Justin Trudeau has called the news “heartbreaking” and a local chief said that the  regional Weeneebayko Health Authority was flying in a crisis team, mental health nurses and social workers. The article speaks more on the Attawapiskat First Nation.

A senior colonel with the North Korean Reconnaissance General Bureau, who is in charge of spying on South Korea, has defected to the South. This is the highest ranking North Korean official to ever defect. It is expected the latest defector could prove a rich trove of knowledge about the workings of North Korean leader Kim Jong Un’s secretive regime, writes CNN.

Fewer than 0.1% of Syrians in Turkey in line for work permits

Turkish employers have allowed roughly 2,000 – or 0.074% – of Turkey’s 2.7 million Syrians to apply for work permits under new legislation enacted two months ago, according to government figures, reports The Guardian. The news will complicate the new EU-Turkey deal to deport all asylum-seekers arriving to Greece back to Turkey, since the EU has justified the controversial agreement by claiming Turkey was a place that upheld internationally agreed obligations to refugees, including access to legal work, states a very telling paragraph from the article. This article is of interest to anyone who is curious about the current refugee situation.

A Qatari Firm Will Spend $1.4B to Turn London’s U.S. Embassy into Hotel

A Qatari-owned development firm that owns the 9-story building has proposed transforming it into luxury hotel when State Department officials move out next year, reports NBC News. The old embassy would be refurbished into a 137-room five-star hotel and spa, featuring five restaurants and six high-end shops. It is not as easy as just refurbishing an embassy, barricades that were installed around the embassy after 9/11 would also be torn down. 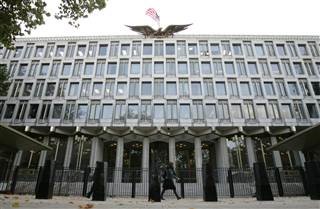 How large is the Harry Potter empire?

There have been over 400 million books sold and has been translated into 69 different languages. JK Rowling’s initial order was only 1,000 copies.