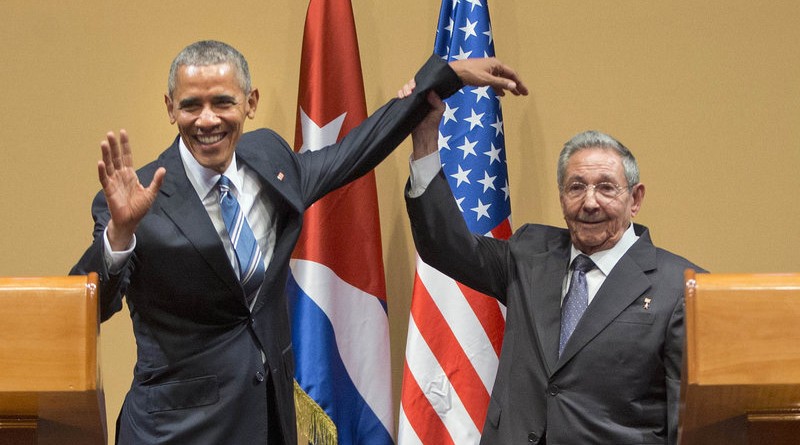 The President arrived in Cuba on the 20th and is there through the 22nd. The last U.S. leader to visit was Calvin Coolidge, who voyaged into Havana Harbor on a battleship in 1928, writes CNN. CNN’s story delves into the entire meeting and even some history around the meeting. One thing to note, is that President Obama mentioned that the U.S. trade embargo on Cuba, condemned by much of the world would eventually be removed stating, “(t)he path that we’re on will continue beyond my administration. The reason is logic.” 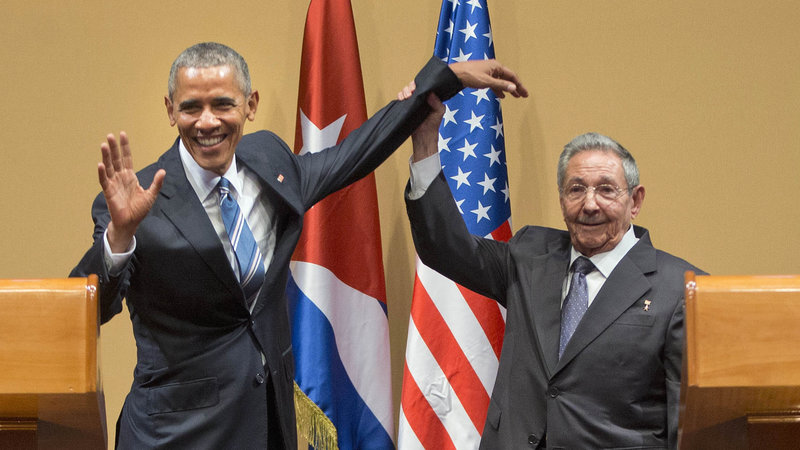 Russia was warned the United States over Syria truce “violations”

Russia says it will unilaterally start using force against those violating the partial truce in Syria, if the US does not agree to joint rules by Tuesday, according to BBC. The US response was, “We have seen the media reports on alleged Russian concerns over ceasefire violations. Whoever is making such statements must be misinformed, because these issues have been discussed at length already, and continue to be discussed, in a constructive manner.” Russia is upset at the delays the US is taking in finalizing the truce.

A South Korean military officer said, “We are confirming that North Korea has fired five short-range projectiles off its northeastern coast area into the East Sea”, according to NBC News. South Korea’s inter-Korean affairs ministry believes that the North Korean’s next nuclear test could be imminent.  North Korea has shot off 15 different projectiles on four different dates since firing the long-range missile on Feb. 7.

Former Congolese vice-president, Jean-Pierre Bemba, has been found guilty in the first trial at the international criminal court to focus on the use of sexual violence as a weapon of war, reports The Guardian. The former militia commander commanded a group that committed mass murder and rape in the Central African Republic. The verdict is the first time the ICC has convicted defendants of rape or command responsibility for the actions of their troops.

Paris terrorist attack suspect, Salah Abdeslam, 26, was reportedly planning new attacks when captured. Police found Abdeslam Friday in the Molenbeek neighborhood in Brussels, where “he had been organizing a new ‘network of people’ to launch assaults in European countries”, according to the Washington Post. Abdeslam was the last living suspect of the terror attacks in Paris.

Anyone know the oldest and youngest U.S. government departments?