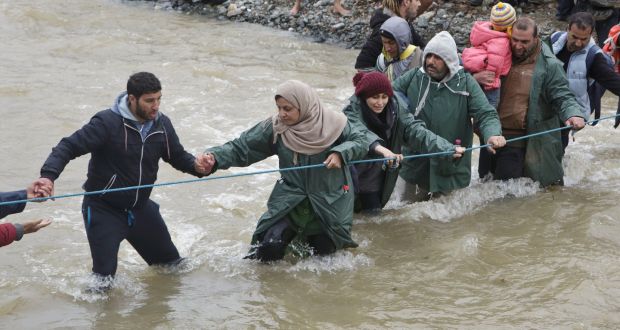 Nearly 1,500 people have been killed in chemical weapons attacks in Syria during the five-year civil war the report by the Syrian-American Medical Society (Sams) concludes. The report discusses 161 chemical attacks in Syria, which has led to almost 15,000 injuries. The report also describes an attack carried out by the Assad government in August 2013, where the Assad regime used sarin gas and may have killed more than 1,000 civilians, writes The Guardian.

Russian President Vladimir Putin announced Monday that he has ordered Russian forces to begin withdrawing from Syria, saying they have achieved their goals in the country, reports CNN. It is hard to understand exactly what these goals were. Military analysts said the Russian intervention helped push back rebel and ISIS forces and bolster the position of Assad, so it seems as though the Russians wanted to make sure their friend was still in power.

Turkey has launched these attacks against Kurds inside Northern Iraq after there was another bombing in their capital. PM Ahmet Davutoglu said evidence “almost certainly” pointed towards the banned PKK Kurdish separatist group, even though no group has come forward to claim these this new attack. The attack killed 37 people, and at least 11 people have been arrested in connection to the attack writes BBC. 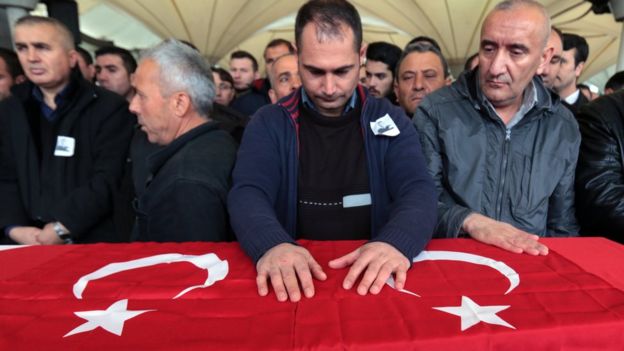 Germany has had surprising election results. Merkel’s center-right Christian Democratic Party suffered universal setbacks in local elections, as the Alternative for Germany (AfD) party, a populist force that campaigned on an anti-migrant, anti-Merkel platform landing 24.4 percent of the vote in one of the three states that went to the ballot box, reports the Washington Post. These election results send a clear signal to those in power in Germany that support for the refugee plans in place have truly dissipated.

Updating stories that have been posted here in the last few weeks, several hundred migrants have left Greece and transitioned into Macedonia. At least 12,000 people, including thousands of children, have been stranded in a sprawling tent city in northern Greece, their path blocked after Macedonia and other nations along the so-called western Balkan route closed their borders, writes the Irish Times. There were reports that Macedonian soldiers rounded up many migrants and put them in army trucks to take back to Greece.

U.S. diplomats designed their own uniforms until 1817, when the State Department formally prescribed an official uniform for ministers based on one worn by U.S. delegates to the Conference of Ghent in 1814, which ended the War of 1812.  In 1937, President Franklin D. Roosevelt issued an executive order directing that no person in the diplomatic or consular service should wear a uniform or official costume not previously authorized by Congress, something Congress never did, according to the U.S. State Department.