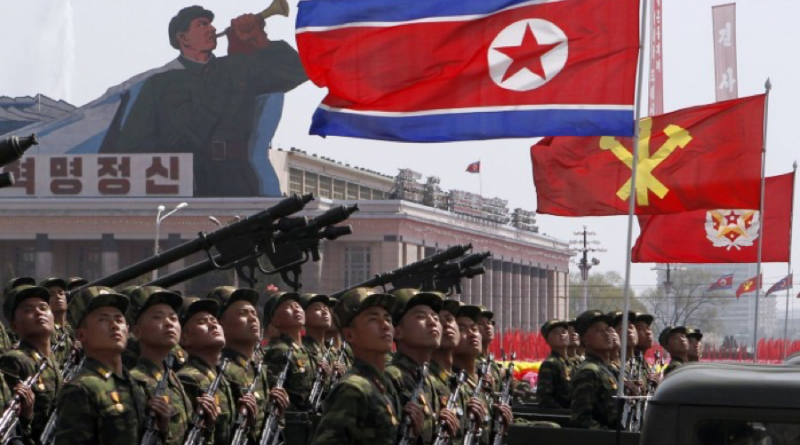 In northeast Asia, 2016 literally started off with a bang.  Unrest in the Korean peninsula has been all too lively so far this year.  Between nuclear tests and a satellite launch, the Democratic People’s Republic of Korea has the world wondering what it will do next.  On March 2nd the United Nations Security Council implemented through unanimous vote, a new resolution that imposes new sanctions against the DPRK. Although these new UN sanctions are somewhat different from the previous ones, will they be more effective or even worse; will they be counterproductive?

Based on North Korea’s past reactions to “harsh” sanctions, it is likely that it will continue to respond negatively and lash out in protest by displaying its nuclear capabilities.  China also plays a vital role in this situation and the way in which it utilizes the new sanctions may determine Pyongyang’s next move.  Strictly enforcing the sanctions may push Kim Jong-un to his limits and a disaster could occur.

North Korea is one of the most sanctioned countries in the world.  Particularly in recent years, UNSC sanctions against the state follow the times where it has taken dangerous actions to gain the attention of the outside world.  When North Korea reacts drastically, so do the member states on the Security Council.  However, the North Korean government typically reacts poorly to the sanctions and responds angrily.  This back and forth pattern of indirect communication does not seem to be producing any kind of constructive result.  After all, the aim of the sanctions has been nuclear non-proliferation and that certainly has not happened.

The countries most involved in and affected by the conflict tried for many years to engage North Korean leadership through the Six Party Talks.  Unfortunately, the talks have not taken place since 2009 and communication with the Kim regime is at an all-time low.  Since the end of the talks, North Korea launched a long-range rocket in 2012, conducted its third nuclear test in 2013, launched missiles in the same year, and in 2014 it fired artillery shells across waters with South Korea.  Needless to say, tensions have escalated quickly.

The lack of contact with Pyongyang combined with new sanctions has resulted in an increasingly unpredictable and concerning situation.  It is important that we consider the potential grave effects sanctions could have on North Korea’s decision making.  The state seeks to defend itself from outside forces such as the U.S. and South Korea.  For the most part, the North’s only ally has been China, which has acted as its main trading partner and biggest source of food, arms, and energy.  Thus, if it feels as though it is being threatened and betrayed by China, then it is very likely that extreme measures will be taken to protect its borders. If China were to strictly enforce the sanctions and completely cut off all trade and funding to the DPRK, then Kim may interpret this as abandonment or an attack.  In return he would respond with another display of nuclear might.  Kim loves to play the victim as an excuse for engaging in precarious practices.  Giving him more opportunity to act in this way may not be the best strategy.

There is really no perfect answer for how we should respond to North Korea’s threats and nuclear growth.  However, leaders must think about the effects of previous sanctions and consider if enforcing them is the best option.  It’s too late to revoke the sanctions, but China has yet to do much about them.  Perhaps it should stay this way.  Although China’s frustrations with the DPRK have grown in subsequent years, its relationship with the Kim regime is vital for regional stability.  Beijing has already sent a message by agreeing to the sanctions on the UNSC, but it can send another message in how it reacts to them. Perhaps China can strategically play the game that the DPRK has drawn everyone into.  Beijing has publically appeared as the “bad cop” through supporting the UN sanctions.  Now it may be able to stabilize the conflict by diplomatically engaging Pyongyang as a “good cop”, in secret, and providing some concessions for its cooperation.  It is important for China to instill in Kim some level of trust in order to bring stabilization to the peninsula.  Whether or not this is the preferred outcome, at least for now stabilization is more promising at this point than denuclearization.

One thought on “UN Sanctions: Fueling the Fire?”