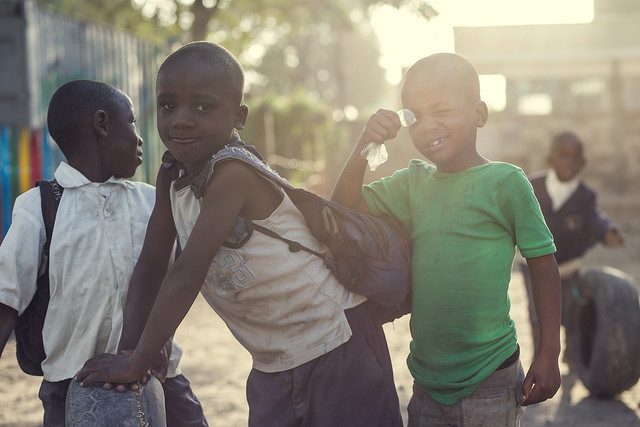 Imaginations do not readily turn to Africa when science, technology and innovation (STI) are mentioned. The Continent’s tortuous path towards colonial emancipation and subsequent sustainable development has been fraught with challenges that have become almost synonymous with the African experience. Global interconnectivity, however, sheds light on the real potential of African innovation, facilitating partnerships that advance Africa’s forays into STI research and development (R&D) for economic growth.

In spite of the global economic slowdown brought on by declining oil and commodities prices, African economies continue to expand at a rapid pace. Francisco Ferreira, the World Bank’s chief economist for Africa, stated that “overall, Africa is forecast to remain one of the world’s three fastest growing regions and to maintain its impressive 20 years of continuous expansion.” Capacity for African development in the face of Ebola, terrorism and rising fiscal deficits across the region can be secured with enhanced preparedness. Innovation is then critical if Africa’s projected prospects for growth are to be met. The success stories of countries like Japan, South Korea, the United Arab Emirates, and Brazil (to a certain extent) serve as alternative development models for many African countries. Whether their natural resources were abundant or scarce, these countries diversified their economies by targeting STI efforts for national development and strategies to meet today’s global challenges. But do African countries have the capacity for such feats?

Development challenges and geopolitical partitioning have enshrouded African contributions to humanity’s scientific advances. The impact of the techniques of ancient African civilizations like Nubia and Egypt, however, is irrefutable. What’s more, as evidenced in the Timbuktu manuscripts, esoteric knowledge flowed out of the city’s higher learning centers and converged with global scholarship that informed specialized aspects of astronomy, law, and physics, among other disciplines. The quest for scientific knowledge and invention is innate to Africa’s history.

Today, the comparative advantages of globalization and free trade continue to spur scientific development in Africa. If necessity is the mother of invention, we should expect a proliferation of innovations based on foreign technology but tailored by local knowledge generated “out of necessity”. The Organization for Economic Co-Operation and Development’s Innovation Strategy presents a set of policy priorities that calls for technology transfers and, when necessary, adaptation of technologies to bolster economic growth in developing countries. Moreover, the technical body of the African Union, the New Partnership for African Development (NEPAD) established the African Science, Technology, and Innovation Indicators program. Its aim is to provide baseline data to advise innovation policies and strategies and identify specific areas of investment. Under the program, plans are underway to build the African Observatory for STI in Equatorial Guinea. The observatory will conduct expert studies to inform development in agriculture, mining, and textiles.

Ultimately, entrepreneurship will fund the innovations that will lead Africa into the future. The term  “Africapitalism” is growing in relevance as more African investors turn towards private investment in social wealth. Homegrown businesses are meeting social and economic needs by creating goods and services with an innate understanding of the local environment. They can bring private capital to vital infrastructure like road transport and power generation. The African Institute for Mathematical Sciences (AIMS), a pan-African network of postgraduate education, research and outreach in mathematical sciences launched the Next Einstein Forum (NEF) in partnership with the Robert Bosch Stiftung (“foundation” in German). The platform mobilizes the brightest minds to address the most pressing problems through science, technology, engineering and mathematics (STEM) as well as the social sciences. In March 2016, the first NEF “Global Gathering” was held in Dakar, Senegal. It brought together an elite group of scientists, policymakers, industry leaders, civil-society representatives and entrepreneurs to share ideas and go beyond discussion to action.

Even so, the importance of STI R&D is still lost to many in Africa. With competing priorities and enduring poverty, the long-term impact of scientific R&D appears secondary to more pressing needs. Nigeria’s first ever satellite project, built and launched by Africans, came under attack for being a luxury at a cost of $22.3 million a year over three years. The program was launched in 2011 as a result of the collaboration between Nigeria’s National Space Research and Development Agency (NASRDA) and a satellite developer in the United Kingdom. The satellite’s remote sensing capabilities are being applied to natural resource management and the monitoring of disaster prone areas among other usages.

The most promising of these developments is the burgeoning political support forming across the continent for STI research and development. Former presidents Thambo Mbeki and Amadou Toumani Touré have initiated the “Timbuktu Script Scholarship” a South African-Mali project under the auspices of the AU. It seeks to preserve priceless global heritage that could still engender the next scientific breakthroughs. More importantly, particularly for Africans, these scripts were tangible historical etchings of African capacity for STI. Confidence in this fact, when imbued into the capacity building of young African minds will spark future innovations. With the right environment in place, the next Einstein could well be from Africa.

Samuna Thompson Wreh is social media associate for the Journal of Diplomacy and a first year graduate student pursuing a dual Masters in Diplomacy & International Relations and Strategic Communications at Seton Hall University. Samuna is interested in specializing in International Law and Human Rights and Africa.