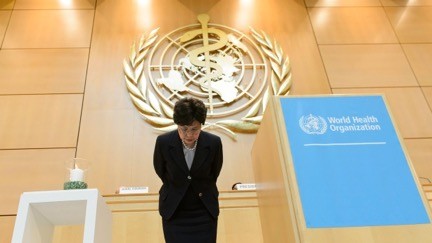 Since 2014, more than 11,000 people have died from Ebola.  Over the course of about 21 months, it spread quickly across state borders and infected thousands.  While the virus has been nearly eradicated , memories of its effect and fears of its return still linger in several regions of Africa.  Just as state leaders and world health experts regroup themselves after a long and continued fight with Ebola, the Zika virus has made an entrance and developed disturbingly fast.

Last year the World Health Organization (WHO) admitted to failing in its response to the Ebola outbreak.  It explained that it was not prepared for a crisis of that magnitude and planned to make reforms within the organization going forward.  Now the WHO must show that it has improved its effectiveness and efficiency as it tackles the issue of Zika virus.  The estimated 4 million cases cannot be allowed to become a reality.  The WHO must learn from its experience with Ebola and act quickly before history repeats itself.

The Zika virus has its origins in Uganda, but the virus never mutated to the degree of the newer South American strain.  So far Brazil is experiencing the worst of the outbreak, reporting its first case in May of 2015.  Now there are thousands of reported cases in Brazil and the virus has spread to twenty-two other countries.  Additionally, there are several cases reported in the US, coming out of Hawaii, Texas, and Illinois.

Under the guidance of WHO Director-General, Margaret Chan, the International Health Regulations Emergency Committee met on Monday to discuss Zika and its correlation to neurological disorders and neonatal malformations.  The aim of this meeting was to determine whether or not the virus should be labeled a Public Health Emergency of International Concern.  Ultimately, the committee decided that the virus should be deemed an international emergency.  While their power to convene so quickly is notable, the WHO cannot afford to take their time in making any further decisions related to their response to Zika.  The WHO is under strict watch by its critics, particularly states that contribute to its budget.  Towards the beginning of the Ebola outbreak, the WHO said they were slow to respond partially because of a lack of financial resources.  Over time more money was given to the Ebola eradication campaign, but by then the virus was out of control.   The WHO not only carries the burden of saving lives from infectious diseases, but must also maximize its implementation of funds and prove its relevance in order to maintain donor support.  Their slow reaction to Ebola did not help them achieve any of these goals.

So what can and will the WHO do?  In 2015, the WHO announced nine different remedies that the organization could undertake to prepare them for future large-scale outbreaks of infectious diseases.  One of their most important claims, following the Ebola disaster, is that they now recognize the strength and value of having multiple partners, including UN agencies.  I agree that this is imperative to success, but they certainly cannot limit themselves to other UN agencies.  The WHO would benefit from engaging with other groups like Doctors Without Borders or local non-profits, churches, community groups, etc.  However, it really should not be about what WHO would benefit from; the focus must be on what produces the best results for the people affected and infected.

It is likely that the WHO has not fully activated their remedies for success, considering they just decided on them last year.  However, since time and capacity are two major constraints, it is vital that they enlist the help of other organizations.   Medecins Sans Frontieres (MSF) also known as Doctors Without Borders left Brazil in 2012 after it ended its relief projects.  In the past, MSF has been critical of the WHO because of their failure at properly handling the Ebola crisis.  Hopefully MSF will not act hypocritically and instead return quickly to work in Brazil where the Zika virus is having its largest impact.  Unlike the WHO, MSF has a greater ability to work directly with the adults and children affected by the virus and find ways to stop carrier mosquitos.  The WHO should recognize this fact and encourage MSF to return to Brazil and work alongside them for the best results.

My hope is that the WHO’s experience with Ebola was a humbling one that will propel them forward with a new fervor and self-awareness.  People exposed to Zika infected mosquitos are dependent upon state leaders, the WHO, and other agencies cooperating together to expedite relief services and eradicate the infection.