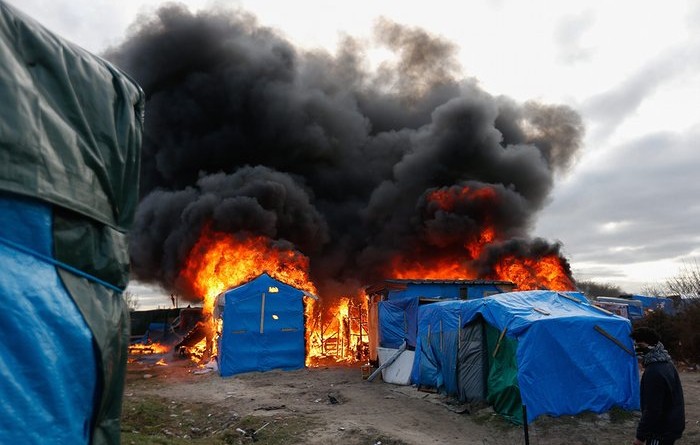 The U.N is stepping up aid deliveries in Syria.

The UN and its partners are stepping up deliveries of food, water and medicine, and plan to reach more than 150,000 people over the next five days, according to the BBC, with aims of reaching well over a million by the end of March. These actions are only able to take place because of a ‘cessation of hostilities’ that has held since last Saturday. Russia and the U.S. will co-chair a taskforce monitioring compliance of the cessation.

A U.S. college student has “confessed” to a “hostile act in North Korea.

Otto Frederick Warmbier, an American college student detained in North Korea,  is accused of trying to steal a North Korean banner, containing a political slogan that was hanging from the walls of his Pyongyang hotel, writes CNN. North Korea released the first pictures of the student in two months, and Warmbier hosted a press conference where he apologized to the North Korean people for his crime and the actions of a Methodist Church and the U.S. government. Warmbier called the press conference himself, according to the North Koreans, a government that we all know we can definitely trust. The U.S. State Department said it was aware of media reports the U.S. citizen was detained in North Korea but declined to comment further “due to privacy considerations.”

Angela Merkel has defended her stance on Germany’s open borders for migrants.

Germany attracted 1.1 million asylum seekers last year, leading to calls from across the political spectrum for a change in its handling of refugees coming to Europe to escape war and poverty in Syria and elsewhere, writes the Irish Times. Her stance has caused a rift between her and the German citizens, even within her own party, and her approval rating has plummeted. Merkel has said she has no plans on changing her controversial stance.

There have been intense clashes between police and migrants in Calais, France.

The homes of up to 200 people of the approximately 3,500 people living in the camp were demolished, and the homes eventually caught fire from the heat of the tear gas canisters. Amnesty International said that both the French and UK governments had to live up to responsibilities in relation to those who were evicted, including facilitating access to asylum proceedings in France and visas to the UK for those with family members there, reports The Guardian. The article referenced here gives more information on the migrants at the UK’s doorstep.

Iranian reformists will win all 30 parliamentary seats in Tehran in the first election after the Iran Deal. The hardliners in the Iranian capital all lost their seats, and coupled with the Iran Deal, this shows a change in Iranian politics. However, none of Iran’s three main political camps — reformists, conservatives or hard-liners — is expected to win a majority in the 290-seat assembly, writes NBC News.

Sovereignty is the right of a state (country) to govern itself without interference from others.

The concept of sovereignty in international relations is introduced by the Treaty of Westphalia in 1648, which ended the Thirty Years War.