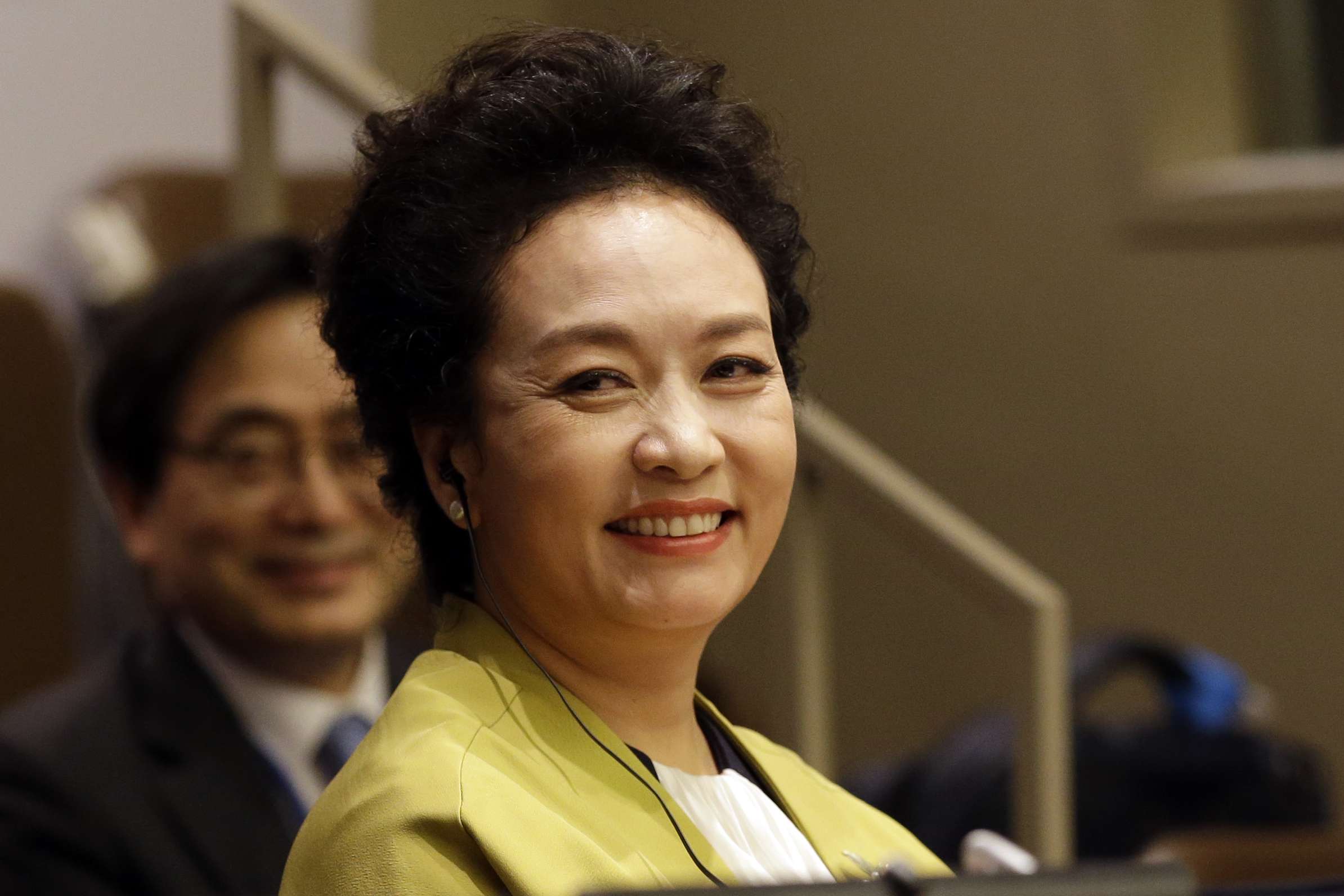 On March 27, 2014 UNESCO named Peng Liyuan, the first lady of China, Special Envoy for the Advancement of Girls’ and Women’s Education.  This highly respectable award is given to exceptional personalities, who spread UNESCO’s mission worldwide by utilizing their personal and professional networks.  As the wife of president Xi Jinping and a famous soprano singer with a long list of varied credentials, Peng is definitely well known and received by the Chinese people and others around the world.  But is she an effective envoy and why does it matter?

Over a year after her appointment Peng Liyuan continues to impress the public.  In September, she appeared at the Global Education 1st Initiative event at the United Nations.  She surprised the audience by delivering her speech in fairly fluent English.  She discussed the importance of education for all and her dedication to the cause.  She also shared a story about how her father’s educational initiatives in rural China shaped her passion for learning. Ms. Peng spoke about her Chinese dream to see every child, girl or boy have access to education. She spoke passionately and sincerely, receiving a notable amount of applause from the crowd.

Since the first lady’s speech, there has been a very positive response from the public.  However, the majority of that reception has focused on her modern fashion and beauty or her English speaking skills.  While these two characteristics surely contribute to her popularity as a public figure, they distract from the power and reality of her words.  While we can all agree with Ms. Peng’s remarks, we must look beyond the speech to the actual condition of women’s rights in China.

Peng Liyuan has been the Special Envoy for almost twenty months now.  During her time as an advocate for the advancement of women, conditions for women and girls in China have seen little to no change.  Women are still being forcibly sterilized; sex-selected abortions are taking place, and there are still instances of female infanticide. Female activists who speak up against these injustices are being punished.  Millions of girls have lost the right to live and thus never even had the opportunity for an education.  If they survive and are educated, then they are punished for openly speaking their beliefs.

Earlier this year, close to International Women’s Day, 10 women were arrested and detained in China for speaking out against domestic violence and sexual harassment on public transportation.  They have all since been released, but are fearful of future retaliations by the government.  Recently, while Xi Jinping was visiting the United States, one of the woman activists was harassed once again by officials and was threatened with eviction from her home.  This event was almost simultaneous with the first lady’s speech at the U.N.

Despite these atrocities, the People’s Republic of China did announce last week that they would be abolishing the One-Child Policy. This is certainly a step in the right direction.  Forced sterilizations and abortions will hopefully lessen and family planning can be left to a couples’ choice.  It is estimated that around 400 million births were prevented under the One-Child Policy, not including all of the undocumented abortions.  Millions of girls never had the chance to live out their own China dream. Now China’s population faces a huge gender imbalance and as the population continues to age, people fear the impact of a dwindling work force.

Hopefully the government will continue to make strides to improve not only the basic rights of women, but also the formation of what it means to be a woman in China.  Peng Liyuan is definitely a great example of a woman who rose through the ranks of society.  She was born in a small town in Shandong Province, but joined the People’s Liberation Army at a young age.  She later pursued her passion for music bringing her to perform on international stages.  Her background makes her all the more relatable to the majority of Chinese people.  It is time for her to utilize her position of authority and put an end to the discrimination against women and girls. As someone who has a daughter, she should be more motivated to create a better state for women to flourish.  Xi Mingze, Xi Jinping and Peng Liyuan’s daughter, attended Harvard University before returning to China last year.  She has been consistently kept out of the public eye and is never photographed by the media.  However, it would be even more powerful and effective if Xi Mingze joined her mother as the next generation in promoting the empowerment of women.

Peng Liyuan’s seemingly sincere speech at the U.N. loses its authenticity when contrasted with the reality of women’s rights in China.  It would be beneficial for UNESCO to either revoke or at least challenge Ms. Peng’s title as the Special Envoy for the Advancement of Girls’ and Women’s Education.  Her global popularity and leadership position do not exempt her from confronting the struggles of women in her country.  I believe Peng Liyuan wants to see change happen, but there has to be a greater effort put forth to see reform realized.  This begins with transparency and taking a stand, even if it means challenging the ideas of the all male Politburo Standing Committee of the Chinese Communist Party.

One thought on “UNESCO’s Special Envoy: More than the First Lady of China”