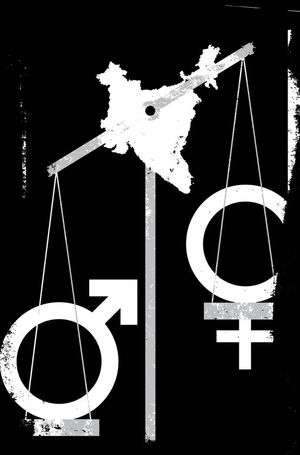 The Sustainable Development Goals have been significantly broadened, especially when it comes to gender issues. The Millennium Development Goals’ primary gender objective was to reduce gender parity in education. The new gender equality goal has taken on a much broader approach with its targets including: eliminating discrimination against all women and girls, eliminating violence against women as well as harmful practices, creating equality for women everywhere, and more. The total number of targets has increased from one to nine, not including the gender-focused targets of other goals. The increase in gender-centric targets could pose a rather daunting challenge for countries struggling with extensive gender issues.

When considering India’s potential of meeting the Sustainable Development Goals it is important to consider its accomplishments and shortcomings during the Millennium Development Goal era. According to the United Nations’ report, India appears to be on target in meeting the goal of gender parity in terms of education. However, the report acknowledges that India is struggling with problems beyond the scope of the MDGs in terms of empowering women and reducing discrimination against women. As these two issues are a central part of the SDGs, India could be underestimating the challenges it will face.

Often, headlines in India are sprinkled with cases of violent rape, and even deaths. It is estimated that a rape occurs every 20 minutes in India. As the world’s largest democracy, how can India neglect to solve such a pressing issue? The truth of the matter is that violence and gender discrimination are not issues that can be solved overnight, especially in this case. India has problems with social norms that are deeply entrenched in its culture. In India, some view women as property of their fathers and eventually their husbands that need to be controlled and protected. For example, though illegal since 1961 dowry payment is still widely practiced in India resulting in more violence and dowry related deaths.  Enforcement of the dowry law is also essential as there is no hope to eradicate violence against women if the judiciary system does not take cases seriously. Without dedicated courts and officers there will be no stopping perpetrators but also it will be impossible to overcome the current stigma and shame associated with rape.   Overcoming these deeply ingrained cultural mindsets and practices becomes the true key to tackling the growing issues in regards to sexual violence.

There does appear to be some hope for India in conquering its vast sexual violence problem. While reports of alleged rape are still increasing each year, this could be an indicator of progress and change in Indian society. This increase could mean India is in the beginning stages of taking on this problem seriously. It could be that police are more likely now to investigate rape or abuse when it is reported to them. It could also be that survivors are now more willing to step forward and report the rape in the first place. A film entitled ‘India’s Daughter’ was produced and focused on the gang rape and murder of a student in 2012. Although the film has been banned in India, its impact on Indian society is substantial.

India is at a clear turning point that could go either way. The current breakthroughs could continue, leading India down a path towards reduced violence against women and less gender discrimination. The other possibility is that India could regress. Many instances of rape have shocked the public to action, but as the stories fade from the headlines so does the support for change. The Sustainable Development Goals are in no way legally binding, but have significant incentive for completion after the lengthy process of negotiating the new goals. Countries that fall very short of the goals could face being named and shamed by the international community.  The Millennium Development Goals are still concluding so the norms for failure are still undetermined. With such explicit language utilized in the SDGs, like eradication and elimination could spell failure for India. While it has fifteen years to achieve the Global Goals, it will likely be impossible to completely put an end to practices that have existed for so long and are so ingrained in its culture and society. Progress is most certainly possible, but meeting the goals might just end up being an ambitious pipe dream.