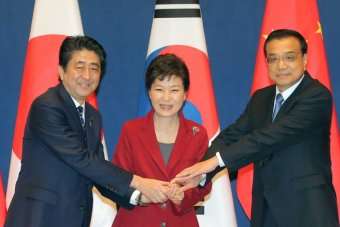 Ashton Carter, U.S. Secretary of Defense, has stated that the U.S. is to begin ‘direct action on the ground’ in Iraq and Syria, according to NBC News. This is a massive change in Obama’s Middle East policy, as Obama has drastically sought to avoid placing U.S. troops into another Middle East conflict. This is a dramatic change, but not necessarily unexpected considering the U.S. raid on an Iraqi prison last week. Obama could only keep sending hundreds of soldiers to Iraq as “advisors” for so long, before a statement on their operations was needed. The U.S. has been under intense pressure to do “more”, as usual, so perhaps this will quell some calls for action.

President Obama did provide information on the ground troops that are headed into Syria. The U.S. will deploy around 50 special force operatives to northern Syria to “train, advise and assist”. The planned deployment, along with the U.S. decision this week to include Iran in diplomatic efforts to end the conflict, represents the biggest shift in the United States’ Syria policy since it began a bombing campaign against Islamic State targets there in September 2014, says Huffington Post. Rhetoric is great, but it still remains to be seen how troops in both Iraq and Syria will actually be used.

In keeping with this week’s apparent U.S. military theme, the U.S. Navy launched four armed fighter jets to intercept two Russian Tu-142 Bear aircraft that were flying near the aircraft carrier USS Ronald Reagan in the Pacific Ocean, the Navy said Thursday, according to CNN. While not necessarily anything to be alarmed at, the frequency of these interceptions have increased since Putin took office again, and combined with Russian actions in Syria, allows us to see what it must have been like to read U.S. newspapers during the Cold War, although at a much lesser scale.

Unfortunately, we must bring you information on a different type of incident involving a Russian jet. A Russian Airbus A321 came down on Saturday, killing all 224 people on board, in Egypt. The plane was carrying mostly vacationers and crashed in a mountainous region of central Sinai, apparently breaking up in midair. The black boxes have been recovered, according to Reuters.

It wouldn’t be a Diplomacy Cable if there wasn’t at least one story about an election in a far off land. Turkey’s ruling party, the Justice and Development party (AKP), secured a stunning victory in Sunday’s election, entering back into single-party rule only five months after losing it, reports Al-Jazeera. They are expected to get around 316 seats in their 550-seat parliament. The Turks must deal with issues ranging from ISIS to their own separatist issues.

Showing that diplomacy still exists in the world, the leaders of Japan, China, and South Korea met and agreed to resume regular trilateral meetings, not held since 2012. BBC reports that the nations have also “completely restored” trade and security ties, following statements made by the three nations. The countries also agreed to work together to conclude the Regional Comprehensive Economic Partnership (RCEP), a 16-nation free trade area favored by Beijing.