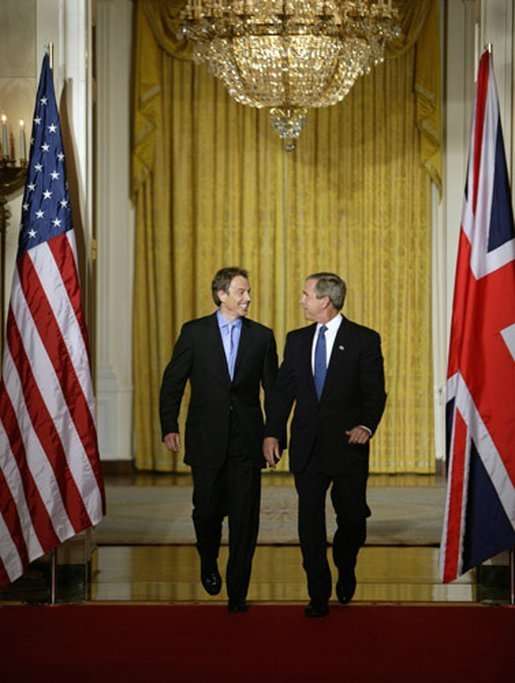 The first U.S. soldier to be killed in the fight against ISIS died during a joint Kurdish-U.S. Special Forces raid on an ISIS controlled prison in Iraq. Delta Force commando Master Sgt. Joshua Wheeler, 39, who was incredibly decorated, was killed in an exchange of small arms fire. The raid was undertaken after a tip came in that dozens of ISIS captives would soon be slaughtered. These hostages were rescued in the raid. The daring rescue saved many lives, but has brought questions from critiques who wonder if the military action, which killed multiple ISIS fighters, is a change of U.S. policy in Iraq. NBC News carries this story and a piece on Delta Force commando Master Sgt. Joshua Wheeler and his decorations.

Keeping with the discussion on Iraq, Tony Blair has apologized for mistakes made during the Iraq War, but says he does not regret deposing Saddam Hussein. This is an interesting confession, to say the least, as members of the Bush Administration still vehemently defend their decisions during the Iraq War, which some have labeled as the U.S.’s worst foreign policy blunder. Blair apologized specifically for the claim that Iraq had weapons of mass destruction; that claim was the major reason given for justifying the invasion into Iraq. CNN carries the full discussion by Blair on various foreign policy actions in the Middle East.

Breaking news from today: Pakistan and Afghanistan have been rocked by earthquake that has left at least 100 fatalities between the two countries. The magnitude 7.5 quake was centered in the province of Badakhshan in the Hindu Kush mountain range in Afghanistan’s far north. The Guardian is providing updated coverage, as it happens, of the situation.

Laughter does exist in news involving the international system, as Guatemalan former comedian, Jimmy Morales, has claimed victory in the recent Guatemalan presidential election. Mr. Morales had about 72 percent of the votes, compared with 28 percent for Sandra Torres, the former first lady. The runoff election was held a month and a half after President Otto Perez Molina resigned and was jailed in connection with a corruption scandal that the UN says involved upwards of $3.8m in bribes between May 2014 and April 2015. The election of a comedian in Guatemala is good news for those on the American political left that are still wishing for a Stephen Colbert/ Jon Stewart presidential ticket. Al-Jazeera provides you with this story.

Argentina’s most recent electoral results has sent the country into a run-off election for President, which will take place on November 22nd. The Argentines are voting to elect a new president, as Cristina Fernandez de Kirchner is constitutionally barred from seeking a third term in office. She succeeded her husband in office in 2007. The New York Times breaks down this election cycle and the potential problems the new president will face.

A Canadian whale watching boat sank Sunday, leaving five dead and one person missing. The boat sank off Vancouver Island near the tourist area of Tofino around 5 p.m. Multiple private shipping vessels, and government boats, in the area responded to the distress signal of the tourist ship and managed to rescue 21 of the 27 people on board. ABC News has this story.

In the last of this election heavy Diplomacy Cable, the conservatives in Poland have won enough seats to govern alone, something that has not happened in 26 years (when democracy was re-established in the Eastern European state). Another reason that this election proves to be interesting, is that this is the first time since 1989 that Poland will not have a left-wing party in their parliament. BBC has analysis of the election.

Photo Credit: Executive Office of the President of the United States