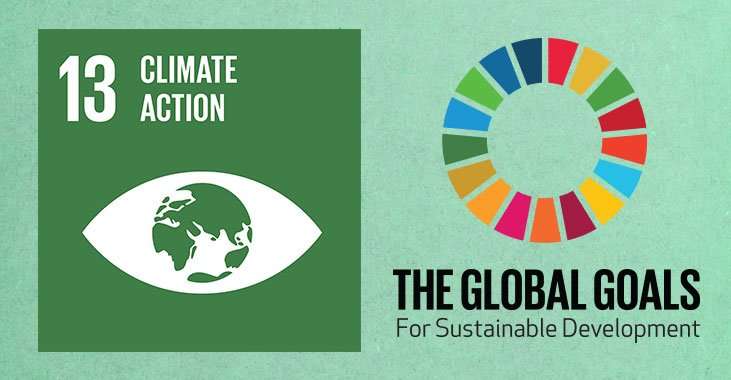 The UN has been ramping up the intensity of its commitment to environmental problems.  With multiple climate summits in recent years, a major focus on climate change and other environmental issues are represented in the 2015 Sustainable Development Goals. Climate change is Goal 13, which targets climate change policies around the world and that policies are integrated into all levels of government. Those working on Goal 13 have raised $100 billion for the Green Climate fund with a goal of making it operational as soon as possible. Goal 13 acknowledges that much of the UN’s climate change policy will be added to or changed by the UN Framework Convention on Climate Change as it is the main forum of UN climate policy debate and negotiations. Even with the major focus on climate change and its effects, the targets and terms of climate change issues remain much less clear than the targets of other goals. What and how much will really be accomplished by the majority of member states and how much current climate change trends will be affected by these state actions remains unknown. This is a very important question that must be answered soon as people around the world have already begun to feel the harsh effects of climate change with predictions that these conditions will only grow more severe in the near future.

Recently, symptoms of climate change have been felt globally, from the fear and flooding of Hurricane Patricia to heat waves in the Middle East.  This includes a newly released report that predicts many areas in the Persian Gulf will be uninhabitable by the turn of the century if temperatures continue to rise at the rate they have for the past decades. This report bases its prediction on the heat index and the human survivability point on this index. These cases only add to the recent trend of increased occurrences of extreme weather globally. Most in the scientific community attribute these instances of severe weather to rising global temperature that has been caused by climate change and human action.

Similarly, rising sea levels are a concern due to their possible impacts on a global scale. Developing small island states may be the countries most directly affected by rising sea levels, but rising sea levels would have a large impact worldwide. In these states flooding is one of their most pressing concerns. If sea levels continue to rise they are going to see continued flooding and a slow decrease in livable land masses. Rising sea levels have already had a great impact on their population, economy, food security and many other sectors of their countries. Both flooding and rising global temperatures would lead to a need for major population migration from certain areas that will become uninhabitable due to either rising flood waters or extreme heat.

However, it is not just these small island areas that will see effects from a rising global temperature and rising sea levels. Vietnam and other rice producing countries have also encountered problems due to rising sea levels already. Rising sea levels in Vietnam are introducing too much salt water into the Mekong River Delta region which is killing much of the rice crop. This delta region has produced almost 50 percent of Vietnam’s rice crop since 1993. The loss of this crop would greatly impact food security globally. One specific example of this impact on a global scale would be in the instance when a global aid response to a large catastrophe was needed. Rice is a common food sent out when aid is requested in a response to a global crisis, such as a natural disaster or famine. If rice production in these countries were to drop, global response to a need for food assistance would become much slower and much more expensive.