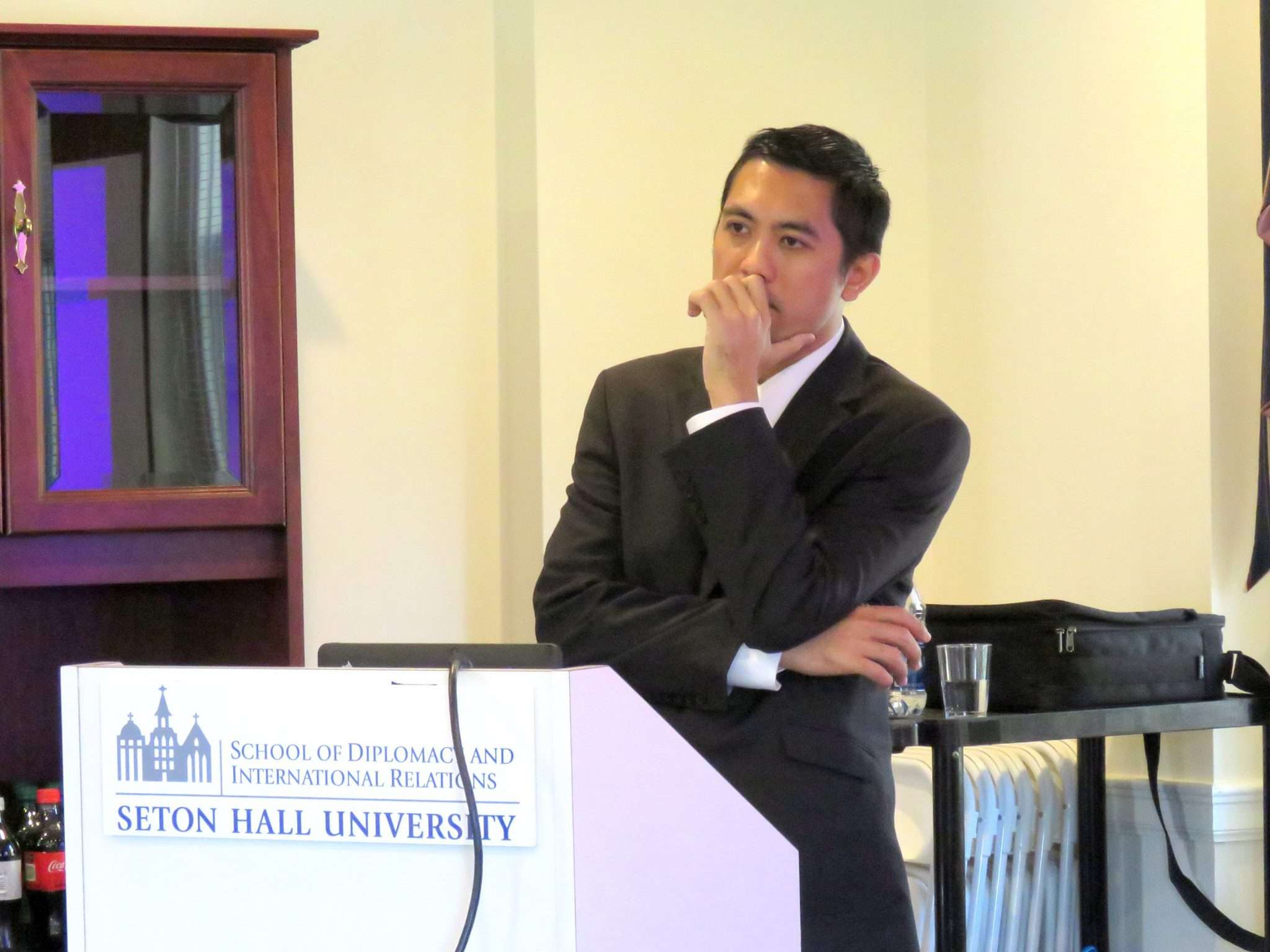 Johnson defines corruptions as the abuse of public roles for resources for private benefit. Embezzlement, extortion, money laundering, and bribery are some of the many variations in which corruption takes form. During the Cold War, corruption was not talked about to describe governments and people. Nuclear weapons and the tension between the Western and Eastern powers did not leave room in the conversation for corruption. Because of the fall of the Soviet Union and the end of the Cold War, corruption has become academic discourse on understanding what corruption is and how to prevent and stop it. Currently, it is not the most popular task on the agenda for developed countries when terrorism, war in the Middle East, and tensions with Russia and China already fill their plate. While not popular, developing countries still continue to combat this issue, as it continues to hinder these countries abilities to become a developed nation. On Thursday, Indonesian Corruption Scholar Dr. Vishnu Juwono, discussed at Seton Hall University’s School of Diplomacy and International Relations the negative impacts corruption has on development, politics, and social issues in order to illustrate why it is so important to combat corruption in government.

Dr. Juwono spoke about the previous Indonesian President, Susilo Bambang Yudhoyono, also known as“SBY”, and how he was praised for maintaining democracy during his rule, but also faced criticism from some for not doing enough to end the old, corrupt culture that had been established by the leaders of the past in Indonesia. Living in a democratic country, such as the United States, many do not think of our governance as something that should be maintained and checked like an electrician would check for a power outage. But in countries like Indonesia, where democracy is still a new concept, it will take some time to make sure that their democratic system runs well. Dr. Juwono said that survival of a democracy should not be taken for granted and that appointing technocrats, or individuals exercising governmental authority based on their knowledge, should be appreciated, both of which are highlights of SBY’s presidency. This is to say, the democratization of a country will not be an easy process and those who are qualified to work in the government should be respected in their attempts to avoid corruption. For example, Suharto, the second president of Indonesia who ruled with a military dictatorship, was corrupt and amassed $15 to $30 billion for his personal gain. SBY, one the other hand,  was in the first election where the people directly elected for their president and vice president, winning in 2004 with 60.7% of the votes. His decision to appoint technocrats to governmental posts, and his desire to allow them to do their jobs unopposed were a welcome sign of a slow, but hopefully steady, change in in Indonesian politics.

Another highlight under SPY’s presidency was the creation of the Indonesian Corruption Eradication Commission.  The Indonesian Corruption Eradication Commission, also known as KPK, was established to combat the extraordinary crime of corruption in Indonesia. While having a positive image with the media, sometimes only because of the scandal they bring, and the people of Indonesia,  it remains to be seen how effective the KPK will be in the future, seeing as many in the power positions of the judiciary, who hold strong legal powers, are corrupt. SBY continued on his anti-corruption image during his reelection, defending the KPK  on their successful, yet aggressive, tactics in dealing with anti-corruption. However, those in academia and the media were not always convinced of his efforts. From the outcome of decentralizing authority and combating corruption left by the previous president, SBY’s efforts could suggest that corruption reduced to the local level since they were left with power in their respected fields.

To conclude, Dr. Juwono reiterated that the combination of maintaining a democracy and giving the KPK their capacity to work, SBY, comparatively achieved in, at least attempting to, combat some of the corruption that plagued Indonesia during his presidency. However, a new president, Joko Widodo, has been in office for at least a year and is the first President to not be affiliated with the political elite or involved with the military. While Widodo has not had time to establish his views and efforts on anti-corruption,  many wonder if there will be continued work with the KPK under his leadership.

Dr Juwono, at the end of his presentation, reminded the Seton Hall students that the old political structure still exists and corruption continues to be a main issue in Indonesia and many other developing countries. Transperancy.org provides annual statistics of each country’s perceived levels of corruption in the public sector. In 2014,  69% of all countries scored below 50 out of 100, where the lower the score, the more corruption a country has had. This presentation makes one think whether or not corruption can be eradicated in one presidency, as many critiques hope, or if this issue will have to be tackled in successive, non-corrupt governments.