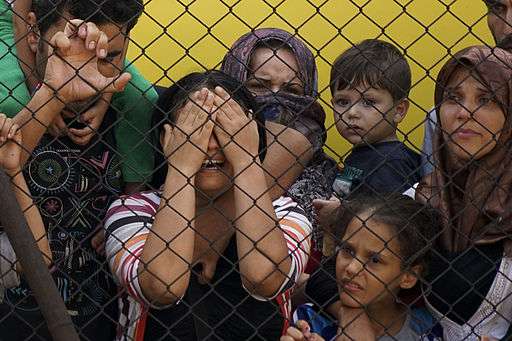 We have covered the refugee crisis multiple times so far, but this week is no different considering the importance, and severity, of this issue. Last week, CNN reported that President Obama has told his administration to prepare for at least 10,000 Syrian refugees by the end of the next fiscal year. So far, about 1,500 Syrian refugees have been admitted to the United States since the start of the Syrian conflict. The U.S. quota for refugees totals 75,000 for the next fiscal year.

Last Friday, a large construction crane crashed into the Grand Mosque in Mecca, considered to be the most holy city for Muslims around the world. Saudi Arabian officials are now investigating the circumstance behind what caused the crane to collapse, killing 107 people and wounding at least 230, with strong winds and heavy rains believed to be the cause. The Grand Mosque, also known as the Masjid al-Haram, is the largest mosque in the world and surrounds Islam’s holiest place, the Kaaba. This tragedy comes only two weeks before the annual Hajj pilgrimage, one of the pillars of Islam. BBC has this story.

A cease-fire has successfully been in place for the last two weeks in Ukraine. The success of the cease-fire has led the foreign ministers of Germany, France, Russia, and Ukraine to call on fighters and mediators to progress in talks to withdraw weapons and landmines, as well as, to prepare for local elections later this year. The New York Times reports that, according to the United Nations, close to 8,000 people have died since this conflict began in March of 2014.

Jeremy Corbyn has been elected to be the leader of the British Labour Party, who is currently the opposition party of British Parliament. In general, the leader of a political party in a parliamentary system would assume the role of Prime Minister, should their party win the most votes in any national election. Initially, the odds of Corbyn winning the Labour party mandate were around 100-1. Corbyn won the election for leadership of his party with 59.5% of the vote, according to The Guardian. It is interesting to note, that while there are many in Britain that support the leftist politician, members of parliament in Corbyn’s party backed other candidates by 210 to 20.

Positive news out of Libya, as rival governments have reached a compromise on the main elements of a political agreement which heightens the possibility of a unity government. There is even optimism that a unity government could be formed by the deadline of September 20th. The next step for the political parties is to submit candidates for Prime Minister and two deputies. Al-Jazeera reports that the UN special envoy, Bernardino Leon, stated, “that we have the possibility to make it and to have this agreement with all the parties, all the key parties in Libya on-board”.

Yahoo News reports, on September 10th, that over 100,000 people have been ordered to leave their homes after heavy rains in Japan saw a river burst its banks and massively flood a city north of Tokyo. There are reports that state that northeast Japan has seen two feet of rain because of Typhoon Etau. 10 hours after the river burst, north-east Japan had nearly 700 people awaiting rescue