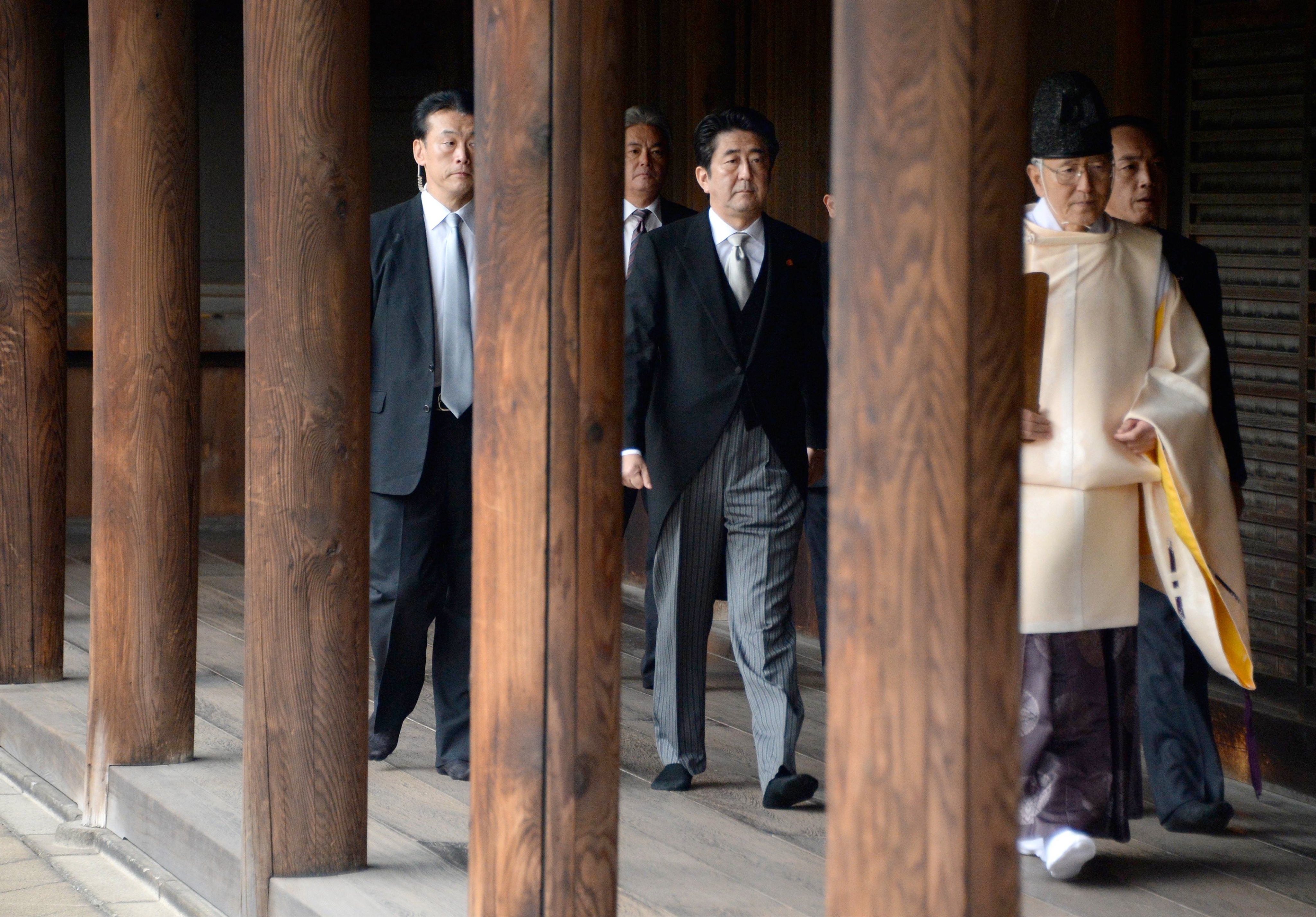 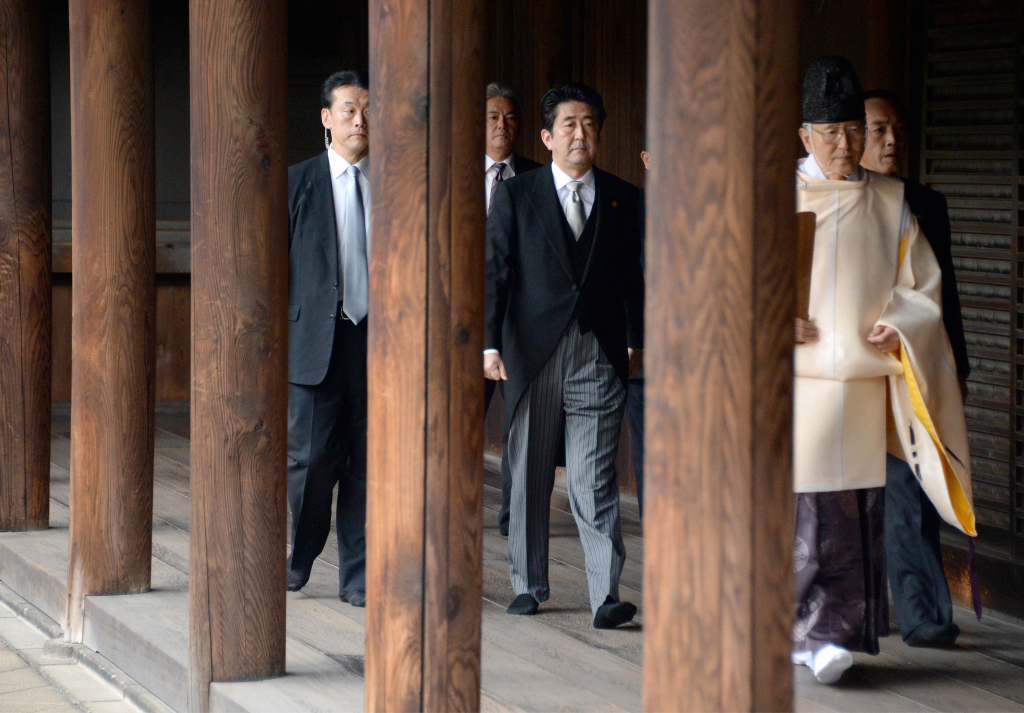 Since the end of World War II, countries around the world have pressured the Japanese government for an official apology for its wartime actions. Various members of the Japanese leadership visited multiple countries in the Asia-Pacific region throughout the years and expressed feelings of remorse and profound regret for the damage done decades ago; however that did not seem to be enough. Although the gestures were certainly welcomed, many felt that a mere recognition of Japan’s past was insufficient.

On August 15, 1995, former Japanese Prime Minister Tomiichi Murayama addressed the issue by becoming the first Japanese leader to offer an official apology. Until today, many in Japan and around the world still regard it as the country’s go-to statement for apologies?. The most meaningful section of Prime Minister Murayama’s speech echoed the same feelings of regret and remorse as stated by previous Japanese leaders, but added an expression of apology through the use of owabi (お詫び):

“In the hope that no such mistake be made in the future, I regard, in a spirit of humility, these irrefutable facts of history, and express here once again my feelings of deep remorse and state my heartfelt apology.”

Emperor Akihito took the initiative to offer his own statements during a ritual commemorating the 50th anniversary of World War II that same day, issuing a sincere, albeit broad, apology of his own. The occasion marked a landmark achievement for Japan and an opportunity to mend ties with its neighbors, particularly China and South Korea—the most vocal proponents for a Japanese apology. Twenty years later, however, leaders in Beijing and Seoul want another Murayama-like apology. As China and South Korea continue to pressure the Japanese government and Imperial family to apologize for Japan’s World War II actions, one must wonder why each apology the latter issues is greeted with much skepticism.

For starters, Japanese leaders wanting to convey their utmost feeling of remorse and regret are not helping their cause by visiting the Yasukuni Shrine immediately after issuing statements of apology. It only triggers heated comments from their hardline Chinese and South Korean counterparts, not to mention remind the people in those countries of the horrific events of World War II. However, the recent controversy surrounding current Japanese Prime Minister Shinzo Abe and members of his Cabinet visiting Yasukuni Shrine should not be seen as a surprise. Even as Murayama is known for delivering what is widely seen as the official Japanese apology for World War II, ministers from his own Cabinet raised eyebrows by visiting the same shrine immediately after his 1995 speech.

Although Beijing and Seoul recognized Murayama’s speech as a positive step in the right direction, both stated that they would continue to monitor Japan’s actions; they were referring to politicians, in particular, and how well they would honor the Prime Minister’s words. The following year, suspicions over the sincerity of the apologies heightened as Ryutaro Hashimoto became the first prime minister since Yasuhiro Nakasone to visit the shrine in official capacity.

Visits to Yasukuni Shrine are a sensitive issue. One one hand, it is difficult to criticize a person for making an offering at the shrine, especially if he or she is doing so to pay homage to family members. On the other hand, criticism comes swiftly from both within and outside of Japan considering that the same shrine offers tributes to war criminals alongside those who are not. For example, the grandson of Koki Hirota, a diplomat and the only civilian executed alongside six military officers, would like to see the enshrinement of his grandfather annulled; Taro Kimura, the eldest son of General Heitaro Kimura, issued a similar request to the high priest of the shrine.

Connected to the shrine visits is the power and influence of the Bereaved Families Association or Izokukai (遺族会). An ardent supporter of Japan’s Liberal Democratic Party (LDP), the organization, consisting of family members of individuals enshrined at Yasukuni, encourage politicians to visit the shrine in order to honor the war dead. Many of the group’s prominent leaders rose to be high ranking government officials, as well—former Prime Minister Ryutaro Hashimoto is one example. Alienating the organization or its member’s requests will more than likely draw fierce criticism and draw the ire of party hardliners and its strongest supporters—a situation former Prime Minister Junichiro Koizumi knows well, and one that current Prime Minister Shinzo Abe would like to avoid by playing his political cards right.

Beyond the skepticism, one must also wonder what type of apology leaders in China and South Korea are expecting. Are both countries looking for an annual apology by a Japanese prime minister or a senior member of the Diet? Will wreath laying ceremonies at former battle sites in China and South Korea suffice, or should Prime Minister Abe take a chapter out of Willy Brandt’s book and partake in his own Kniefall von Warschau as a “potent image of contrition?”[1] Of course, the latter would still be the most symbolic and meaningful gesture. Former Japanese Prime Minister Yukio Hatoyama is the latest prominent figure to do so, kneeling before a monument erected at a former wartime prison in Seoul on August 12.

The kniefall was more than just an apology. As German Foreign Minister Frank-Walter Steinmeier mentioned in the Polish newspaper Fakt in 2008, Brandt’s kneel in Warsaw brought forth a new chapter and renewed confidence in German-Polish relations—two things Japanese leaders could certainly benefit from with China and South Korea.

By reading through some of the statements made by succeeding Japanese government officials, most of them merely reiterate the same rhetoric made by Murayama during his 1995 speech. We could take, for example, former Japanese Prime Minister Junichiro Koizumi’s 2005 statement commemorating the 60th anniversary of the end of World War II. As was the case in his 2001 meeting with Chinese President Jiang Zemin, the apology was gladly welcomed; however, portions of the statement resembled Murayama’s—buzzwords like ‘peace,’ ‘prosperity,’ and ‘deep remorse’ were commonplace throughout the speech. Few lines in Koizumi’s statement stood out, bringing to question whether Japanese apologies are merely carbon copies of the 1995 speech.

For the Japanese leadership, there is much to gain from issuing a new apology. Aside from a display of sincere remorse and humility, the greatest impact would result in a mending of relations with China and South Korea. Although trade and tourism continue to flourish for the East Asian economies, historical disagreements like these prevent further advancement of relations. This controversy only complicates relations among the three countries to a greater degree, which already hangs in the balance due to an intensified regional strategic environment and the Japanese government’s view towards the recruitment of ‘comfort women’ during World War II.

Simultaneously, however, there is also much for the Japanese leadership to lose from issuing a new apology. A resurgent LDP is weary of taking action that would affect the strength and support for the LDP-Komeito coalition. Issuing an apology contrary to the expectations of the party’s hardliners is politically futile for any leader and would result in heavy backlash. Thus, imagining Abe kneeling down at a wreath-laying ceremony in either South Korea or China is unthinkable.

The controversy surrounding the sincerity of apologies and the need to re-apologize for Japan’s World War II actions hampers current efforts to harmonize relations with its neighbors. As much as the Japanese government would like to ‘move on’ from the issue of apologies, many around the Asia-Pacific continue to remind the government of its country’s dark past. Perhaps we will not see a Japanese prime minister kneel down at a memorial in Nanjing, at least not from the LDP in the foreseeable future. However, Japanese leaders can change that by recognizing the political and social obstacles that stand in the way. A lasting impact could be made with a sincere, distinctly Japanese apology if leaders are willing to take the initiative.