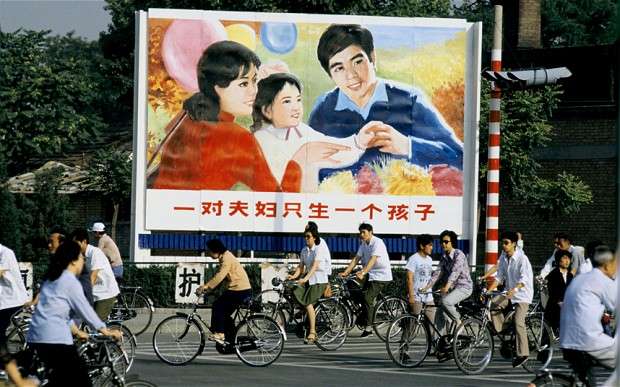 For the past few decades, China has enforced a population control policy, known as a ‘one-child policy’ in the west, ever since it was formally instituted in 1980 in an open letter by the Chinese Communist Party. The policy was introduced to alleviate social, economic, and environmental problems in China. However, in response to a rapidly decreasing working population, the Chinese government formally adopted a resolution easing the country’s one-child policy in early 2014. The change to this policy allows parents who were an only child themselves to have two children. This could potentially create an unprecedented baby boom in the world’s most populated country. Of course a growing population needs to eat, and China’s new policy will have reverberations on agricultural markets around the world, not to mention China’s own gender imbalance issue.

In 2008 almost all infant formula made in northern China was found to be tainted with the industrial chemical melamine which caused kidney stones in babies throughout the region. This scandal led to a great setback in domestic dairy production. Combined with diseconomies of scale in Chinese pasture’s production technologies, China faced a supply shortage of dairy products. As a direct impact of these events China imported 14.3 percent of its dairy needs in 2012, and the percentage is expected to climb to 34.5% by 2015. China accounts for two thirds of the world milk-powder market and New Zealand is its main provider. In the first half of 2014, China imported 750,000 tons of milk powder from New Zealand. The latest Global Dairy Trade auction in New Zealand reported a 10.1 percent increase in dairy prices. The most important product for New Zealand producers, whole milk, saw a 13.7 percent increase from the last sale. A growing import of dairy combined with a growing number of infants in China will have massive effects on the demand of dairy towards New Zealand, the main provider set to benefit the most from the changes to the decades-old family planning policy.

In addition to dairy, China’s burgeoning population will also be consuming higher levels of meat. The effects of the loosening of China’s one-child policy will be felt as far away as the farms of America. Economists have said anything that further grows China’s population—which had been projected to peak around 1.4 billion in 2020—is likely to add to demand for U.S. farm goods.  Annual meat consumption in China has gone from being a third of the United States’ consumption in 1978, to now more than double it, leaping 18 percent from 64 million to 78 million (metric) tons. More than a quarter of all meat produced worldwide is consumed in China, and pork is especially a favorite. China buys more than 60 percent of the world’s soybean exports to feed its own livestock and has been a net importer of pork for the last five years. China will need more corn, wheat, soybeans, and meal made from the oilseeds to feed the chickens, hogs, cattle, and, dairy cows, which it will need to feed its growing population. The U.S. farm belt, which has already been shipping a growing share of its soybeans, pork, and other products to feed the Asian giant, can expect to see these exports rapidly increase. 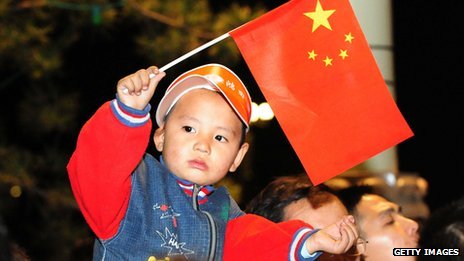 China’s relaxation of its one-child policy creates opportunity in many other countries; within China, however, it needs to address the very serious problem of gender imbalance. Largely a negative side effect of the one-child policy, as well as a result of a traditional bias for sons, many parents chose to only have children if the offspring was going to be male. This culminated in a gender imbalance that China has called “the most serious in the world.” In China, about 118 sons are born for every 100 girls, compared to the world average of 103 to 107. Researchers have warned that large sex-ratio imbalances could lead to instability as more men remain unmarried, raising the risks of antisocial and violent behavior.

“More children will mean more dairy products and as those children age, meat consumption will rise,” said Dan Kowalski, an economist at Greenwood Village, Colorado-based CoBank, which provides loans, leases, and export financing to agribusinesses. “China will not be able to meet all its corn and soybean needs so it will rely on more imports.” The U.S. is a prime supplier to China and that trade will become more important as time goes on. With regards to the gender imbalance and shrinking working population, critics say the relaxation of rules was too little, and came too late to reverse the negative effects on the economy and society. Some analysts have said that the effects of the 30 year-old policy may have resulted in China becoming the first country in the world to get old before it gets rich. China faces the problem of overpopulation on one hand, and the problem of an aging generation on the other hand. Therefore, the leadership is experimenting with policy changes to find the best compromise between the two problems. China’s loosening of their family planning policy will have clear implications on their consumption of agricultural goods; how it will affect the decades long gender imbalance is yet to be seen.

Danny Dubbaneh is the Executive Editor for the Journal of Diplomacy. Dubbaneh is pursuing his MA in Diplomacy & International Relations where he focuses on Economic Development and Foreign Policy Analysis.