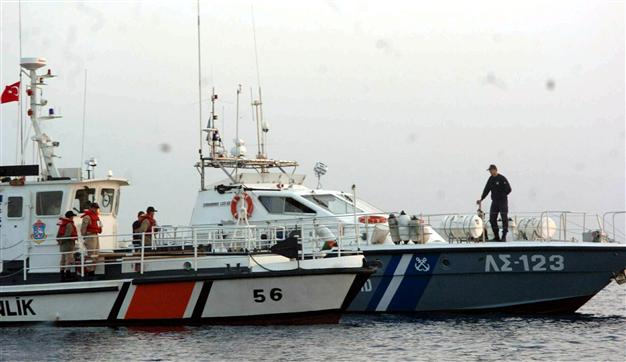 Turkey, counting on US support—for strategic and security reasons in the Balkans, the Caucasus region, the Middle East and the Eastern Mediterranean—has assumed a “master of the world” mentality. Over the years, President Erdogan’s behavior is increasingly becoming more and more arrogant with respect to Turkey’s neighboring states. His latest feat, to build a palace, boasting that it is 10 times bigger than the White House and the Kremlin, further showcases his Sultan mentality and proves he is a man who has lost all measure. Since then, and after the revelation that Turkey indirectly helps the jihadists in Syria, the country has lost face in international relations. Turkey lost further credibility after the violation of the Cyprus Exclusive Economic Zone (EEZ), an act that brutally violates international law and endangers Turkey’s European course and relations, not only with Greece and Cyprus, but also with Israel, Egypt and Italy; making both the US and the EU question where Turkey’s allegiance lies.

Instead of utilizing diplomatic channels to normalize the situation, President Erdogan preferred to intensify the provocative actions that violate the sovereign rights of the independent state of Cyprus. He has also decided to violate the air and sea space of Greece over the Aegean Sea, believing that this will create disputed areas over the sovereign rights of other countries and faits accomplis for further absurd demands on behalf of Turkey.

While Aegean disagreements cause problems in EU operations such as FRONTEX, the EU border security agency, and in EU-NATO cooperation, member states have expressed little interest in the Aegean dispute, which they see as a bilateral issue to be resolved by the two parties. That is not the case, since many international partners have vital interests in freedom of movement from and to the Mediterranean, such as the US, the EU, and Black Sea coastal states. Greece has legally respected claims over the Aegean and there should be collective international support for a solution in the region.

On October 27, six Turkish fighter jets violated Athens Flight Information Region (FIR) for the sixth time this year. The jets were recognized and intercepted in accordance with international practice. On October 31st, a Turkish coastguard vessel demanded that a Greek fishing vessel to stop for inspection. On board were two Greek and four Egyptian fishermen. The captain of the Greek vessel refused to comply since the ship was within Greek territorial waters and notified the Greek coastguard. The Turkish vessel then attempted to force the Greek vessel with maneuvers to drift towards the Turkish side, eventually ramming the ship and causing damages. By the time the Greek coastguard arrived, the Turkish coastguard vessel had left the sight. Another incident occurred on October 18th, and involved the Turkish corvette “Bardin” from Izmir that entered Greek territorial waters north of Paros Island. Ships of the Greek navy kept a close eye on the Turkish vessel, throughout the duration of its tour of the Cyclades.

A rather important incident occurred on October 21st, when the Turkish research ship “Barbaros” began sailing in the Cypriot EZZ, under the unilateral decision of Ankara to violate part of the EEZ of Cyprus until the end of December in order to install a drilling rig in the area. The Turkish seismographic vessel entered the sea area south of Cyprus, where there are deposits of hydrocarbons, accompanied by two support vessels. Additionally, another Turkish frigate was following closely the drilling of the Italian-Korean energy consortium ENI-Kogas, operating with permission of the Government of Cyprus in the area. To make matters worse, just a few days later off the coast of Cyprus begun Russian military training exercises with live ammunition, and Israeli Air Force exercises with the participation of Cypriot military forces.

Ever since the occupation of the northern part of the island in 1974, Turkey has continued to violate international law. Challenging the sovereignty of both Greece and Cyprus has been a common practice of Turkey. On the other hand, allowing Russians, Israelis, Egyptians, and occasionally NATO to conduct military exercises in the area, is a common practice of both Greece and Cyprus who do not have the manpower to patrol the approximately 2,000 islands of the Aegean. Moreover, if Greece is ever to exercise its right to extend its territorial waters from 10 to 12 nautical miles, as provided by the UN Convention on the Law of the Sea (UNCLOS), it would be viewed by Turkey as a casus belli (i.e. cause for war). This is in light of the fact that Turkey has itself extended its territorial waters to 12 nautical miles in the Black Sea and the Mediterranean already since 1964.

Unlike the recent EU and NATO reactions to Russian military aircrafts flying in international airspace over Europe, Greece is consistently left to deal with Turkish violations on its own. According to the EU Declaration of September 21st, 2005, the recognition of all member states is a necessary component of the accession process. When Cyprus joined the EU, it did so in its entirety as a sovereign state. Europe seems to forget that both Greece and Cyprus are its eastern borders. Turkey’s actions challenge Italian, Israeli, Egyptian, Greek, and Cypriot geopolitical, and more importantly, economic interests in the area. It is unacceptable for a candidate member to the EU to threaten war against an EU member state. The same applies for UN members and even though both Greece and Turkey are members of NATO, the alliance has no provisions to deal with inter-member disputes, making it in fact an alliance only on paper. Turkey’s loss of a seat in the UN Security Council to Spain and pressure from the European Council over “concerns” and US “urges” to withdraw from Cyprus’s EEZ, are nothing more than a mere slap on the wrist of Turkey. As a consequence we have situations like the Imia Crisis, daily dogfights over the Aegean, unilateral declarations of grey zones, and general disregard of international law.

Greece had insisted—arguably to a point of stupidity—on a strategy of appeasement. Since 2007, Turkey has drafted maps that cover the Greek EEZ in Castelorizo, Rhodes, Karpathos and Kaso islands, arguing that they are within the Turkish EEZ. These were the official draft documents sent to the UN for approval by Turkey. However, Greece is limited to mere verbal reactions, instead of drafting its own maps. Also, by not declaring officially an EEZ on Greece’s part, theoretically, even waters south of Crete are in international waters and therefore less attractive for large companies who want to invest in energy. Rights for resource exploitation will come at a lower profit for Greece since safety is a major issue, and arguably Greece could even be found paying for a resource which is in their own territory.

According to published maps, the Israeli government has recognized the EEZs of both Greece and Cyprus. The strong energy alliance between Cyprus, Greece, and Israel, alongside the plan to transport natural gas extracted from the Leviathan deposit through an undersea pipeline that would pass from the Greek EEZ, were the catalysts that promoted such action. Israel’s recognition of Greece’s EEZ  is a powerful bargaining card for Greek demands.

On a similar note, the three Prime Ministers of Cyprus, Egypt, and Greece met at Cairo on November the 8th. The agenda of the trilateral summit included references to the issue of Cyprus, condemned the Turkish provocation in Cyprus’ EEZ, and determined a framework for cooperation in reference to the intention of the participating countries to enter into an agreement demarcating their EEZs. Other discussed issues included the Middle East at-large, Iraq, Libya, Syria, terrorism, and the cooperation of the three countries in international fora. As a response, the Turkish government authorized new rules of engagement within the Turkish Navy. What exactly will these new rules of engagement involve? Nobody knows for sure.

Agreement on territorial disputes in the sea holds the key for a regional comprehensive settlement. Turkey would lose any rationale for threatening war against Greece and would be forced to support agreements on airspace and EEZs. It would also help Turkey, if it is serious about joining the EU, to accept the maritime provisions of UNCLOS. Greece would be willing to consider and agree on a reasonable settlement.  The Greek government would most likely allow high seas corridors for international shipping through the Aegean, to and from major Turkish ports, and from Turkish straits to the Black Sea, with a reduction of the Greek territorial seas where necessary. This settlement can only occur if Turkey ceases provocative actions against Greek territorial zones and is willing to construct trust-building measures. Greece feels vulnerable to Turkey’s primacy and influence, as well as its constant military probing. Furthermore, Greece is often frustrated by Turkey’s lack of observance of international norms. Therefore, an international initiative is necessary to establish peace in the region.

Since the UN Security Council seems unable or even unwilling to take any definitive actions with regards to Turkey, the EU should speed up the process of military integration and the final creation of a unified EU military force that will secure its borders, with special units assigned in the Eastern Mediterranean. The more Turkey openly challenges the established status quo of the Eastern Mediterranean region, the more she becomes a major political, military, and economic instability factor. The strained relations of Turkey with several of its neighbors make the country an overall unreliable ally for any Western aspirations to ever effectively solve Near and Middle-Eastern issues, and a dangerous wildcard in the war against terrorism.

Eva-Eleni Giannarakou is a graduate student at Seton Hall University and an Associate Editor of the Journal of Diplomacy. She is currently pursuing a Master’s degree in Diplomacy and International Relations, with specializations in Foreign Policy Analysis and Global Negotiations and Conflict Management.

2 thoughts on “Is Turkey a Liability or an Asset?”