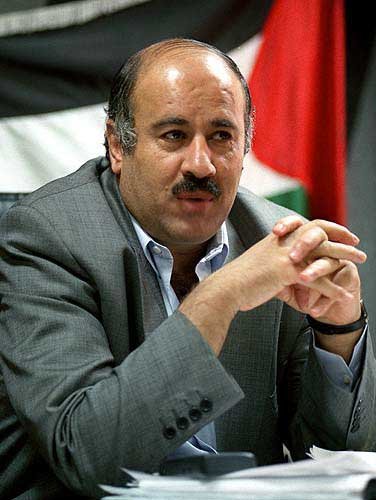 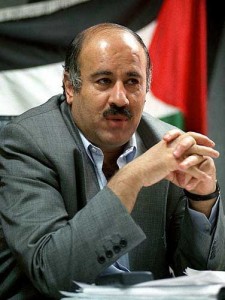 Jibril Rajoub is a Palestinian political and military leader who is seeking a more peaceful coexistence for Israelis and Palestinians. Rajoub was born in Dura, near Hebron, in the West Bank in 1953. At the age of 15, Rajoub was sentenced to four months in prison for aiding fleeing Egyptian officers. During his four months in prison, he met a Fatah leader who convinced him to join the organization. Shortly after, he was arrested for throwing a grenade at an Israeli army bus near Hebron and sentenced to life imprisonment in 1970.   While in prison, Rajoub learned Hebrew and with the help of a cellmate translated The Revolt by Menachem Begin into Arabic. He also led protests and hunger strikes.

His time in prison ended in 1985 when Rajoub was released with 1,150 other prisoners in exchange for the three Israeli hostages held by the Popular Front for the Liberation of Palestinians, the second largest group in the Palestine Liberation Organization (PLO). Even after his release, Rajoub was in and out of prison the next few years because of his continued association with Fatah. In 1994, Rajoub became the head of the Preventive Security Force in the West Bank until he was dismissed by Palestinian leader Yasser Arafat in 2002. Prior to this, Rajoub was thought to be one of the primary candidates to succeed Arafat. [i] He was later elected to the Fatah Central Committee at the party’s congress in 2009. [ii]

Despite his past militancy and his time in prison, Rajoub has spoken out for more peaceful relations between Palestine and Israel. He said, “I was one of the pioneers of the intifada. I was in charge of the whole situation. For us Intifada means end of occupation and we could use military force, we could use all kind of resistance so we hurt to the other side but we have to promote non violence and actions to express our suffering to future reconciliation to the other side.” [iii] He has criticized Palestinian attacks inside Israel, which he argues harm rather than help the Palestinian cause. “The solution starts by acknowledging that Palestinians people have the right in this country and accept us as human beings. If Israeli would follow it this would be very easy. This psyche should change in the establishment as a whole.” [iv] Rajoub has also used his position to discourage militants from attacking. According to BBC News, “Mr Rajoub is viewed as a pragmatist and has in the past – mainly in 1996 and 97 – ordered his forces to clamp down on the Islamic militants of Hamas and Islamic Jihad to stop them attacking Israel.” [v]