Creating Love and Forgiveness in a Community: The impact of a powerful teacher 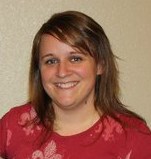 Melissa Neelakantan is a recent graduate of the MA program at the School of Diplomacy and International Relations, Seton Hall University. Her research has focused on understanding the roots of conflict and how we can create more understanding and peace amongst the world’s diverse countries and cultures. Melissa gained valuable hands-on experience in this as she interned with the International Rescue Committee (IRC) and Global Nomads Group. Melissa is the runner-up in the essay contest titled “Can leaders change the world by promoting love and forgiveness?

Responding to the question about what interested her on the topic of forgiveness? Melissa said “Growing up, I remember learning the power of forgiveness through religion, literature, and personal experiences with those who chose the path of forgiveness rather than revenge. Those who were able to forgive seemed to be more at peace with themselves, with others, and with life. As I studied history and political science. I realized that although we don’t talk about it much academically, these same principles of love and forgiveness still applied at every level of society.”

Finally, Melissa notes that “Without love and forgiveness individuals, communities, and nations are left with the scars of the past and it keeps them from moving forward with hope, courage, and optimism. Forgiveness allows us to move on and live to our fullest potential, rather than being caught up in those memories and scars of the past.”

Creating Love and Forgiveness in a Community: The impact of a powerful teacher

It’s often easy to get caught up in the visible accomplishments of a peace activist and leader: Nobel peace prizes, peaceful protests attended by thousands, hunger strikes that last for weeks. All of these are great achievements and contribute to peace around the world. Often though, it’s the silent, less-known tributes that stand as the more powerful and far more effective way of creating peace, love and forgiveness. One of the most significant ways this can be achieved is through the teachings of an effective leader.

I discovered the power of a leader’s teachings through a chance meeting with Lhamo Kyab. When I first met him, I would have never guessed the horrors of his past. His quick smile, joyful laugh and cheerful disposition greeted me not only during that first meeting, but every day that I saw him over the next several months.

I wouldn’t have guessed that this same happy and cheerful man had been through a lot in his life. He spent three years in a Chinese prison serving as a political prisoner. During his time in prison, he suffered immensely. He describes one interrogation where he was being kicked by a group of guards: “The pain is excruciating in my chest, stomach, back and my head and I collapse to the floor. They tell me to get up, but can’t; I am physically unable to. So they beat me again and each time I fall down, they pull me straight back up and they kick harder. After nearly 20 minutes they stopped, too exhausted to keep beating me.” [1] He suffered permanent damage to his liver and lost the ability to hear in his left ear because of his treatment in prison. Physical pain was not the only difficult part for Lhamo Kyab. He witnessed “the hatred and brutality in their eyes, the cruelty” shown by his guards; “They do not have even the slightest compassion in them. The sadness of it fills me.” [2]

I asked Lhamo Kyab how he is able to be so happy and peaceful, despite the physical and mental scars he still carries. His response was simple: the Dalai Lama, religion, and culture have helped him to find that peace, love and forgiveness. The Dalai Lama, as the religious and cultural leader of the Tibetan community, thus had a powerful, but quiet impact on Lhamo Kyab and his route to finding peace.

After studying the Dalai Lama’s teachings, it is easy to understand how an ex-political prisoner, or anyone else who has gone through traumatic experiences, can be inspired to find inner peace through his teachings. The Dalai Lama is the author of more than one hundred books and he gives dozens of talks and teachings each year. Many of these books and teachings focus on the role that love and compassion have on finding peace. “From my own limited experience I have found that the greatest degree of inner tranquility comes from the development of love and compassion.” [3] He has also spoken many times about how an adversary can be beneficial to help in developing patience, tolerance and compassion. [4]

What is so unique about the Dalai Lama’s position is that he uses religion and culture to promote love and forgiveness. In a world where many leaders use their position to justify violence, anger or hatred, the Dalai Lama has used his position to encourage love, compassion, and forgiveness. On numerous occasions, the Dalai Lama has said “the essential message of all religions is very much the same. They all advocate love, compassion, and forgiveness.” [5]But he also shows that these principles are not just important to religion; they are important to humanity. He teaches that “Love and compassion are necessities, not luxuries. Without them, humanity cannot survive. With them, we can make a joint effort to solve the problems of the whole of humankind.” [6]

The Dalai Lama, as the leader of his community since 1950, could have sought many ways to lead his country. Instead of seeking grandiose and glamorous actions to lead his people, he has sought to enlighten the minds and hearts of his people through teaching, so that no matter what circumstances his people find themselves in, they find the ability to love and forgive. In a statement to his people he said, “Finally, I want to reiterate and appeal once again to Tibetans to practice non-violence and not waver from this path, however serious the situation might be.” [7]

The Dalai Lama has worked to send this message of love and forgiveness not only to his own Tibetan community, but also to the world. Despite being 78 years old, he gave seventy-five teachings and talks in forty cities in thirteen countries last year. [8] He reaches out to audiences across the globe, teaching that compassion, love and forgiveness are the real keys to happiness and success. “I believe that at every level of society – familial, tribal, national and international – the key to a happier and more successful world is the growth of compassion. We do not need to become religious, nor do we need to believe in an ideology. All that is necessary is for each of us to develop our good human qualities.” [9]

Lhamo Kyab and his fellow ex-political prisoners could easily have sought out hatred, violence, and revenge for what they had been put through; but they did not. Through the teachings and inspirational leadership of the Dalai Lama, thousands of Tibetans have found the way to peace and love, despite their circumstances. The Dalai Lama, as well as the many other leaders, who believe in and ask their people to love and forgive, to seek peace and forget violence, truly can have a great impact, not only in their own communities but in the world. The Dalai Lama has many visible peace achievements: the Nobel Peace Prize, the U.S. Congressional Gold Medal, dozens of honorary doctoral degrees and peace awards. But his achievements toward peace, particularly involving love, compassion and forgiveness, go much deeper than these visible accolades. One of the most powerful and meaningful tributes to his work and teachings may very well be the thousands of ex-political prisoners who have refused to become violent and instead turn to the path to peace, love and forgiveness.

[3] Dali Lama, “Compassion and the Individual.” Available at: http://www.dalailama.com/messages/compassion.

[6] Ram Dass and Mirabai Bush, Compassion in Action: Setting Out on the Path of Service (New York: HarperCollins, 1992), 4.

[7] Dalai Lama, “Statement of His Holiness the Dalai Lama to all Tibetans.” April 6, 2008. Available at: http://www.dalailama.com/messages/tibet/statement-of-his-holiness.

[9] Dali Lama, “Compassion and the Individual.” Available at: http://www.dalailama.com/messages/compassion.