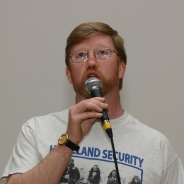 Dr. Féilim Ó hAdhmaill is a lecturer and coordinator of the conflict transformation and peace-building programme at the School of Applied Social Studies, University College Cork, Ireland. [1]In the book “Conversations: Snapshot of Modern Irish life” [2], Ó hAdhmaill narrates how he got involved in the Irish struggle at the age of 16, and how his father felt when he learnt that his son has followed in his footsteps.  According to Ó hAdhmaill,” My father brought me into the kitchen and broke down and cried, said ‘I understand you’ve got involved.  I didn’t want my kids to go through this.  I thought and hoped that none of my children would have to be involved’.” [3]

In 1994, Ó hAdhmaill was sentenced to 25 years imprisonment after he was convicted for possession of semtex explosives and conspiracy to cause an explosion. [4] However, Ó hAdhmaill made an inspiring statement in a court before he was sentenced. He said, “I am not responsible for the conditions which led to the Irish war but I accept, without any apology the responsibility attached to any role I may have played in it.” [5] He further said ‘I regret that a war existed between the IRA and the British Government for the past 24 years and, in particular, I regret the deaths and hurt caused to innocent civilians by all sides in that war’, “I hoped that the current peace process in Ireland will ensure a permanent end to the conflict and the establishment of a lasting and just settlement in my country.” [6] Like his father, he said “I don’t want my children to grow up in the type of society I grew up in, with its discrimination, bigotry, racism and plastic and lead bullets.” [7]

Ó hAdhmaill maintained that the IRA “fought a war of liberation” and that “peace can only come to Northern Ireland when everyone who lives here can feel ownership of this small piece of earth, whether they are descendants from the colonizer or the colonized or newly arrived immigrants or whatever their race, religion, or creed.”  [8] He promised to dedicate the remaining years of his life to help in the process.  He also “call on the Protestants and Catholics working class communities in Ireland to join together to build a new democracy which we can all be proud to share in and call our own.” [9]

As a social justice activist and professor of peace-building, Dr. Ó hAdhmaill is critical about double standards in categorization of activists as “freedom fighter” or “terrorists” to suit political purposes. [10] He asserts that one of the difficulties about peace-building is that ‘peace’ itself is very political and that different narratives exist about what ‘peace’ is or should look like.  [11]He maintains that different narratives often exist of the same conflict and different views exist of what should constitute ‘peace’.  He notes that the politics of ‘peace’ deserves wider debate and discussion.

[4] Jim Andrews, “Imprisoned Lecturer Appeals for ‘Democract We Can Call Our Own,’” Andersonstown News (November 12, 1994).

[9] Andrews, “Imprisoned Lecturer Appeals for ‘Democract We Can Call Our Own.’”