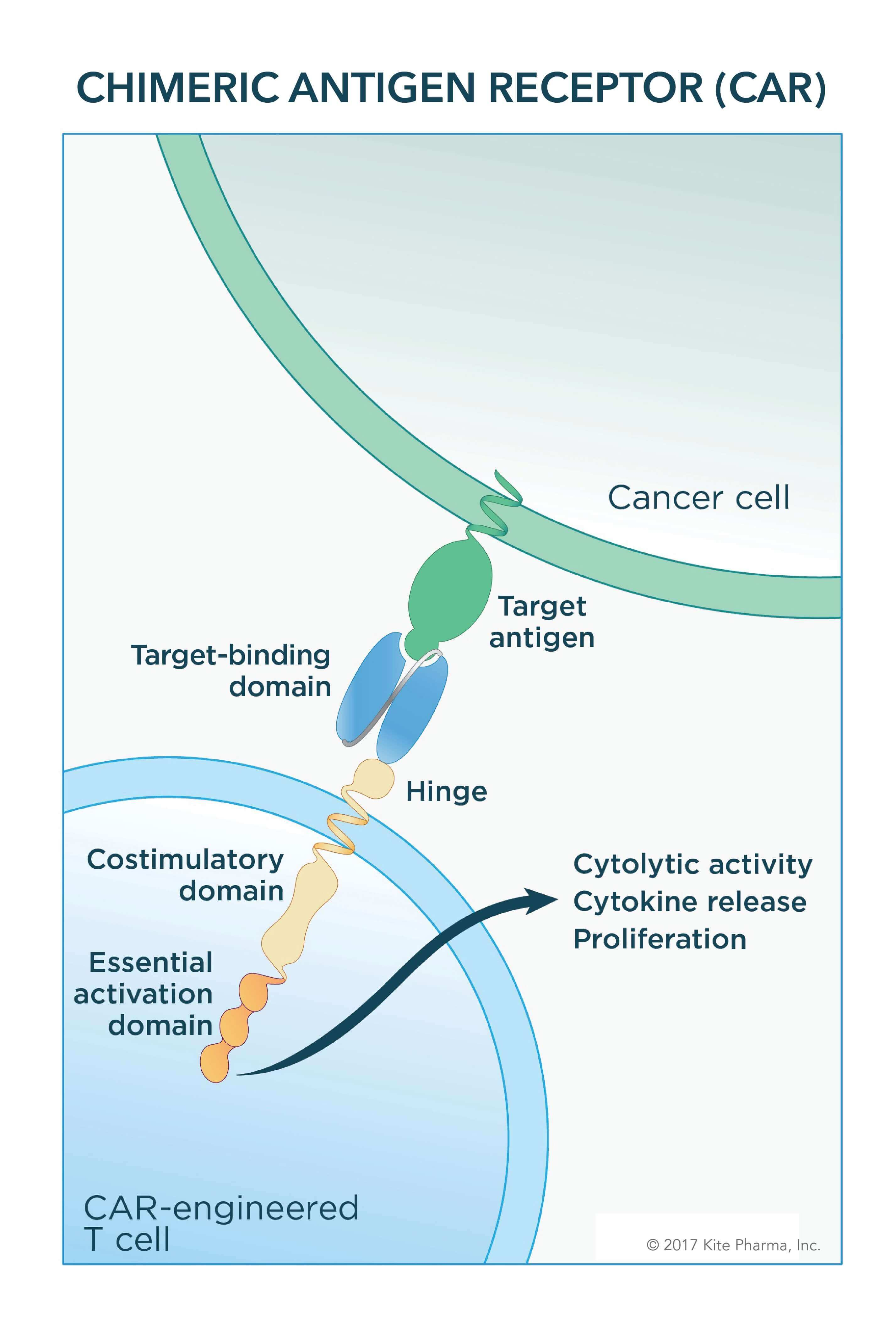 The registration trial (ZUMA-1) for YESCARTA was a single-arm, open label study of 101 patients with relapsed or refractory aggressive B-cell non-Hodgkin lymphoma. Eligible patients had refractory disease to the most recent therapy or relapse within 1 year after autologous hematopoietic stem cell transplantation (HSCT). Half of the patients (51%) had a complete response, that is, their cancers disappeared completely.

SCHOLAR-1 is a study of patients with DLBCL that pooled the outcomes from two previously conducted randomized trials and databases from two large academic cancer centers:

The objective response rate was 26% with 7% of patients achieving complete responses to the next line of therapy; the median overall survival was 6.3 months. Twenty percent of patients were alive at 2-years.

YESCARTA vs standard of care

There are no randomized studies comparing YESCARTA to standard of care therapies in refractory DLBCL. However, using the results of ZUMA-1 and SCHOLAR-1, Neelapu and colleagues compared the efficacy of the treatments, adjusting for imbalances and key covariates. 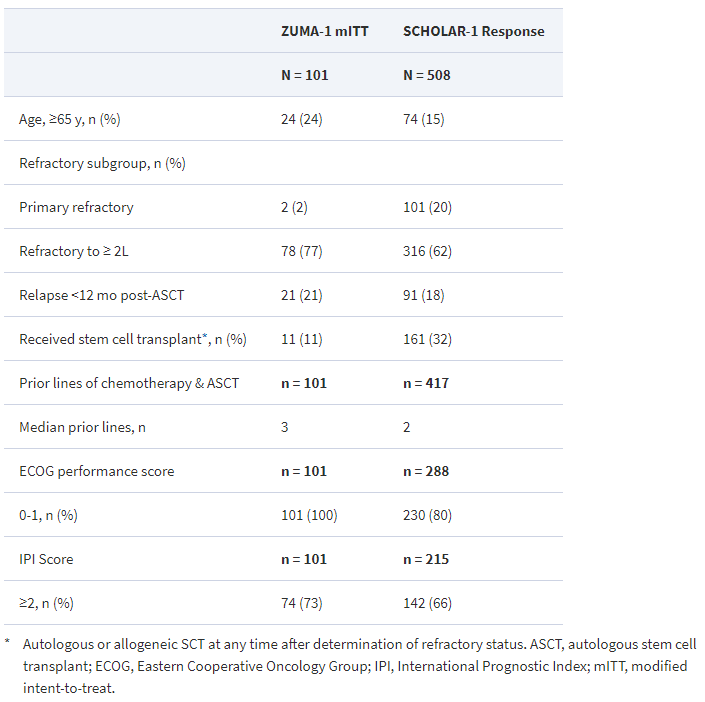 “induced remissions that last years in a significant proportion of patients, suggesting the possibility of cures in these patients, who typically do not survive beyond six months,” said Neelapu.