What is WT1 (Wilms Tumor Protein)?

WT1 is a cancer antigen is a transcription factor that contains four zinc-finger motifs at the C-terminus and a proline/glutamine-rich DNA-binding domain at the N-terminus. It has an essential role in the normal development of the urogenital system, and it is mutated in a small subset of patients with Wilms tumor (the most common cancer in children). It is involved in cell proliferation, differentiation, as well as apoptosis and organ development. It is over-expressed in many solid and hematological malignancies.

The National Cancer Institute found WT1 to be the highest priority tumor antigen suitable for multi-cancer vaccine development based on based on specificity, oncogenicity, immunogenicity and therapeutic function.

Sellas is developing galinpepimut-S, which is a vaccine consisting of comprised of four WT1 modified heteroclitic peptide chains, two of which are modified chains that induce a strong immune response (CD4+/CD8+) against the WT1 antigen and are expressed on a broad range of HLA types. The peptides were discovered at Memorial Sloan Kettering. It is formulated in Advaxis’ Lm antigen-delivery technology – Listeria monocytogenes vectors are taken-up by dendritic cells and the LLO protein (Listeriolysin-O, which possesses a PAMP – pathogen-associated molecular pattern) triggers a potent innate tumor response that augments processing and antigen presentation of the WT1 peptides. GM-CSF is administered as an adjuvant to recruit dendritic cells to the area of vaccination. 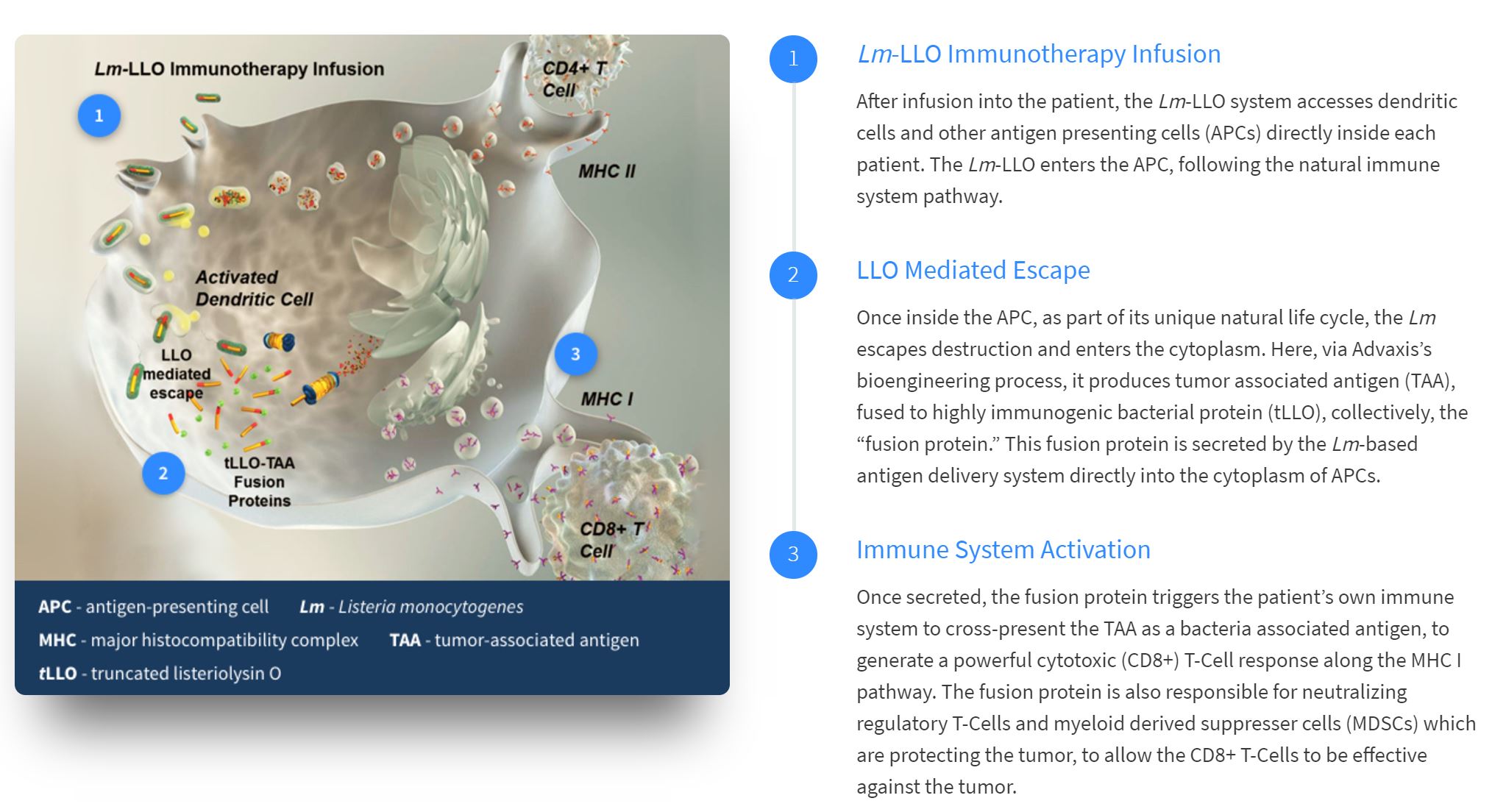 Galinpepimut-S received FDA Fast Track Designation for AML.  In a Phase 2 trial in 22 patients with AML:

A Phase 3 study in patients with AML is planned for 2017.

A Phase 3 trial in MPM is planned to be initiated later in 2017:

The Phase 3 trial is expected to start this year. Mesothelioma Research News interviewed Angelos Stergiou, MD, ScD, CEO and vice chairman of the board; and Nicholas Sarlis, MD, PhD, senior vice president and chief medical officer of Sellas, to learn more about the upcoming study.

“In our phase 3 clinical trial, we plan to include patients with mesothelioma with disease on one side of the chest (right or left) who would have been able to complete initial treatment with surgery and chemotherapy,” Stergiou and Sarlis told us. “We are hoping to enroll a minimum of 150 patients, but the study could potentially include up to 400 patients, depending on whether certain criteria are met when we ‘look’ at pre-set intervals on how the study evolves.”

Sellas plans to actively treat each patient for at least 13 to 18 months. According to Stergiou and Sarlis, the clinical benefit induced by galinpepimut-S will be measured by overall survival by study’s end, but the trial will also measure time to disease relapse and rate of progression in patients. They estimate that patients receiving galinpepimut-S will live least eight months longer than those treated with standard therapy.

The Company also has a clinical study underway for galinpepimut-S in multiple myeloma, and a combination clinical trial with Bristol-Myers Squibb’s OPDIVO® (nivolumab) in ovarian cancer.