Researchers have identified vesicles containing micro-RNA are important in the aggressive biologic behavior of melanoma, a cancer that kills via metastasizing to distant sites from primary tumors that are quite small. 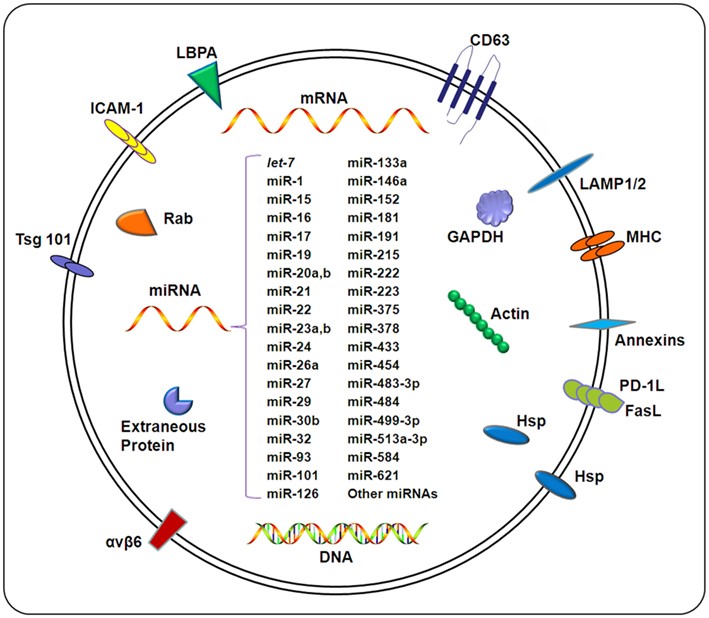 Exosomes carry a wide array of molecules including proteins, DNAs, mRNAs, and miRNAs, depending on a variety of factors including the cell type from which the exosome originates, the state of health of the host, and extracellular stimuli. The contents of exosomes can be transferred from origin cells to target cells, resulting in an elaborate intercellular communication network. Exosomal miRNAs confirmed by different methods (e.g., microarray and qPCR) under different pathological conditions are listed in this figure. http://journal.frontiersin.org/article/10.3389/fgene.2012.00056/full

With respect to the melanoma discovery by researchers from Tel Aviv University:

“The threat of melanoma is not in the initial tumor that appears on the skin, but rather in its metastasis–in the tumor cells sent off to colonize in vital organs like the brain, lungs, liver and bones,” said Dr. Carmit Levy of the Department of Human Molecular Genetics and Biochemistry at Tel Aviv University’s Sackler School of Medicine in a statement. “We have discovered how the cancer spreads to distant organs and found ways to stop the process before the metastatic stage.”

It was previously known that melanomas develop in the epidermis, the outermost layer of skin. Early-stage melanoma is unable to metastasize because it has no blood vessels and no access to the body’s blood vessels, including some in the dermis. Levy’s team set out to uncover how the tumors eventually make this connection.

“We found that even before the cancer itself invades the dermis, it sends out tiny vesicles containing molecules of microRNA,” Dr. Levy said. “These induce the morphological changes in the dermis in preparation for receiving and transporting the cancer cells. It then became clear to us that by blocking the vesicles, we might be able to stop the disease altogether.”

The scientists sought chemicals to attack this process and landed on two: SB202190 inhibits the delivery of the vesicles from the tumor to the dermis, while U0126 wards off the changes in the dermis even after the vesicles have been released.

The miRNA’s are contained in melanosomes, the pigment granules that provide tissues with color and photoprotection, are the cellular site of synthesis, storage and transport of melanin pigments.

Melanosomes are lysosome-related organelles, which comprise a diverse group of specialised compartments, most of which contain secretory cargoes. Unlike classical secretory granules, lysosome-related organelles share some proteins (e.g. LAMP1) with lysosomes and appear to be derived from endosomes. The endosomal system is highly dynamic and consists of multiple functionally distinct compartments and subdomains. In melanocytes, some of these have been adapted to serve specialized roles in the biogenesis of melanosomes. 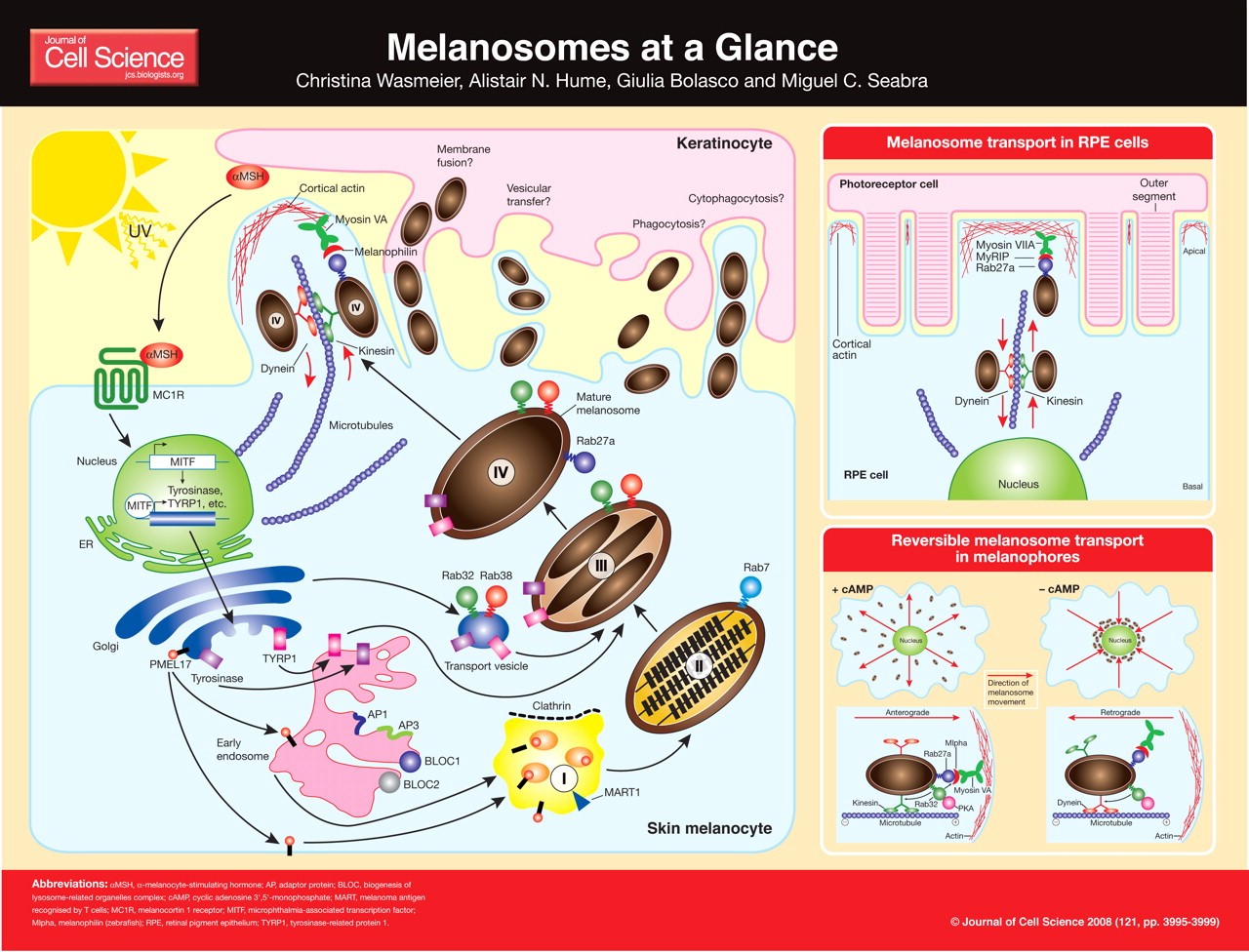 SB202190 is a p38 (a MAPK kinase that triggers endocytic trafficking) inhibitor that inhibits melanosome secretion from melanocytes.

ERK is a transcription factor that transolocates to the nucleus when phosphorylated as part of the MAPK pathway.

Inhibiting MAPK signaling using the ERK inhibitor U0126 concurrently with miR-211 transfection or melanosome treatment abolished the effect of miR-211 and melanosomes on fibroblast migration, proliferation and on the expression of pro-inflammatory markers.