DNAtrix and Merck announced a collaboration to combine oncolytic virus therapy and PD-1 inhibition – the two companies will collaborate in phase II clinical trials on a therapy to treat glioblastoma, an especially deadly cancer for which there is no cure.

Merck also announced that its anti-PD1 antibody, Keytruda (pembrolizumab), was approved for use in patients with refractory non-small cell lung cancer (whose tumors express PD-L1), in addition to its previous approval for late stage melanoma, both of which were accelerated approvals.

The effectiveness of Keytruda in patients with refractory non-small lung cancer was demonstrated in a subgroup of 61 patients enrolled within a larger multicenter, open-label, multi-part study. The subgroup consisted of patients with advanced NSCLC that progressed following platinum-based chemotherapy or, if appropriate, targeted therapy for certain genetic mutations (ALK or EGFR). This subgroup also had PD-L1 positive tumors based on the results of the 22C3 pharmDx diagnostic test. Study participants received 10 mg/kg of Keytruda every two or three weeks. The major outcome measure was overall response rate (percentage of patients who experienced complete and partial shrinkage of their tumors). Tumors shrank in 41 percent of patients treated with Keytruda and the effect lasted between 2.1 and 9.1 months. 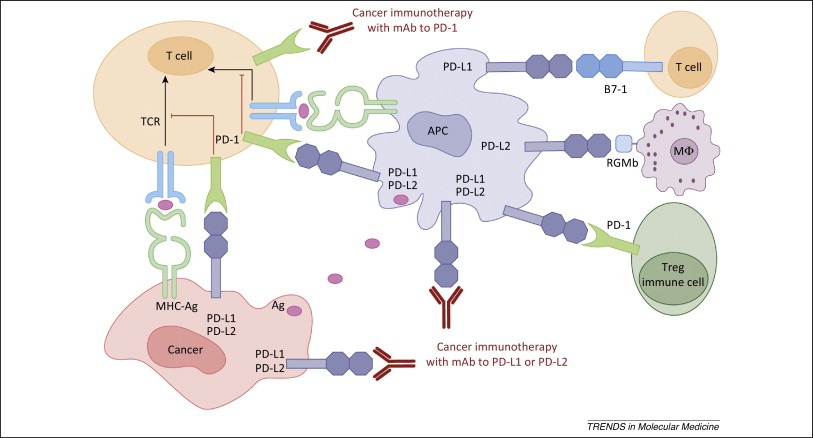 DNAtrix’s DNX-2401 is a novel adenovirus that has been engineered with two stable genetic changes in the adenovirus dsDNA genome that cause it to (1) replicate selectively in retinoblastoma (Rb)-pathway deficient cells and (2) infect cells that express certain RGD-binding integrins more efficiently. Because virtually all tumor cells, including GB, are defective in Rb function and already in the cell cycle, DNX-2401 replicates in and kills these tumor cells selectively and efficiently.

Adenovirus entry into host cells is mediated by an initial binding step to its primary receptor, the coxsackie-adenovirus receptor (CAR). The particle is then internalized through interaction of the viral penton base protein with cellular αVβ3 or αVβ5 integrins on the cells surface (RGD- binding integrins). However, it is now known that CAR expression is often low on cancer cells, thereby limiting the effectiveness of adenovirus for treating cancer. To improve infectivity, an integrin binding peptide was introduced into the H1 loop of the adenovirus fiber. This RGD-4C peptide (CDCRGDCFC) has been shown to bind with high affinity to the RGD-binding (αVβ3 and αVβ5) integrins present on the surface of many cell types, including tumor cells.

Importantly, RGD-binding integrins have been shown to be expressed in tumor vasculature and on glioma cells but not in normal brain, thereby providing a basis for greatly increased and selective infection of GB by DNX-2401.

Results from Phase I clinical studies conducted indicate that DNX-2401 can (1) replicate in human tumors for a period of weeks to months, (2) trigger immune cell infiltration into the tumor not observed with other therapies (3) cause ongoing tumor destruction detectable by MRI and (4) induce complete responses to therapy. In these studies, patient survival has been prolonged in a subset of patients, including in those achieving a complete response. Equally important is the lack of significant associated side effects.

Combining oncolytic therapy with PD-1 inhibition makes great sense because in addition to effecting direct cancer cell killing, oncolytic virus therapy also induces a first-wave anti-tumor immune response as antigens inside the cancer are spilled and presented to the immune system with CTL’s specific to the cancer antigens generated. Treatment with PD-1 inhibitor, Keytruda, will block the cancer cells from evading immune response through PD-L1 expression mechanisms, which may result in longer-term and more durable responses.