Immatics, a German biotechnology company has established a subsidiary in Houston, TX to collaborate with MD Anderson on overcoming some of the limitations to the adoptive T cell therapies now in the immuno-oncology pipeline. The collaboration covers the use of cytokine IL-21 to expand high-quality T cell batches, particularly those generated by CAR-T (chimeric antigen receptor T-cell) and related approaches. 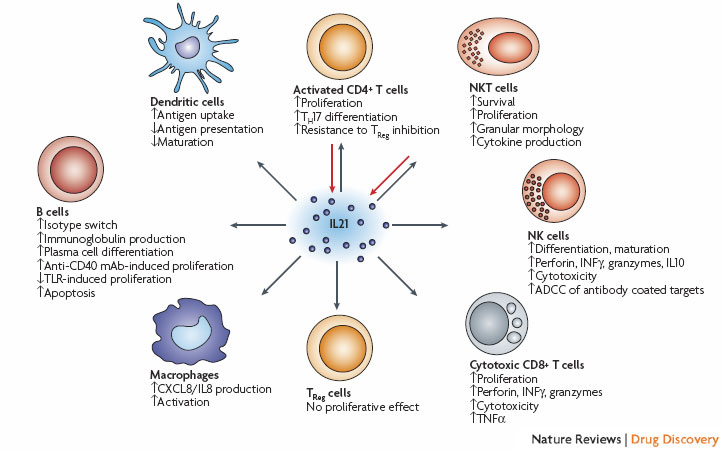 What problem can IL-21 help address in cancer immunotherapy?

One major obstacle to adoptive therapy has been the feasibility of isolating tumor-reactive T cells. In addition, T cells may be suppressed by circulating regulatory cells (Tregs), that can lead to impaired proliferative response to antigenic stimulation.

In animal models, tumor antigen–specific CD8 cells failed to undergo normal functional maturation in the presence of Tregs and were rendered incapable of destroying specific tumor targets. Conversely, depletion of regulatory T cells controlled the growth of melanoma in most mice and promoted long-lasting CD8+ T-cell–dependent protective immunity, possibly through the recruitment of high-avidity antigen-specific cytotoxic T lymphocytes (CTLs). Recent evidence of elevated Tregs in the peripheral blood of patients with cancer and the finding that increased prevalence of tumor-associated Tregs in situ as a predictor for reduced survival suggest the importance of regulatory control of the endogenous antitumor immune response. The suppressive mechanisms at play in vivo may also limit the capacity to generate antigen-specific T cells in vitro.

The discovery of Foxp3 as the key transcription factor controlling T regulatory cell (Treg) development and function represents one of the most significant advances in Treg immunobiology. While the complete function and differentiation of Tregs now appears to require the presence of additional transcription factors, including AhR and STAT-5, it remains clear that Foxp3 is the “master-regulator” for the Treg lineage. Induction of the Foxp3 gene in normal naïve T cells converts them to Treg-like cells with in vivo and in vitro suppressive function, indicating that Foxp3 is likely to play a key role in controlling expression of critical suppression-mediating molecules. 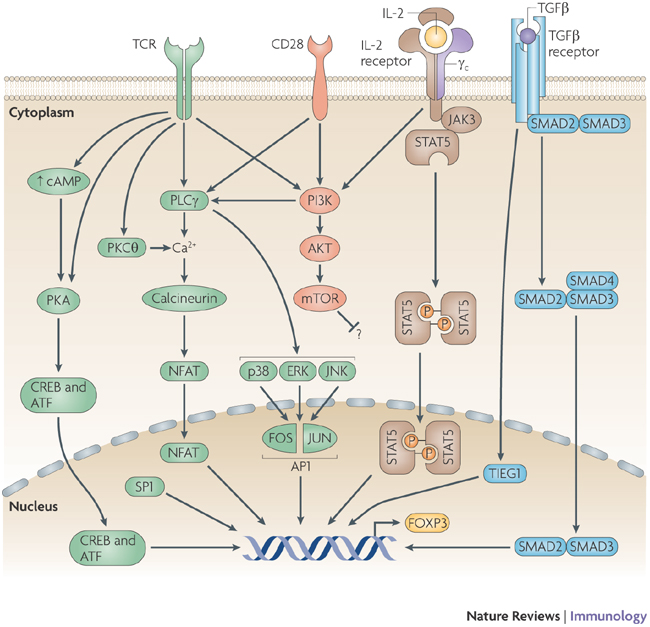 How does IL-21 work in enhancing Cytotoxic T-cell activity against cancer?

In vitro exposure to IL-21 (in contrast to other gamma-chain receptor cytokines) can lead to the generation of self-antigen–specific CTL in increased numbers and with enhanced avidity and function: 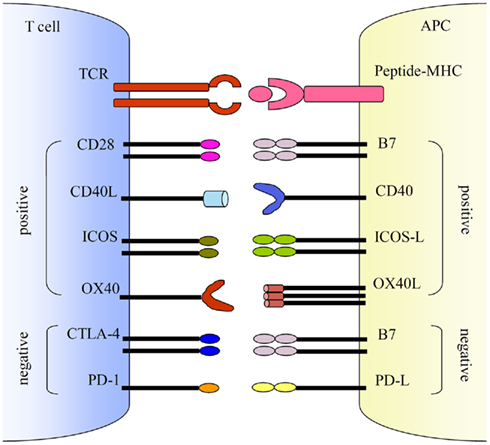 In vitro treatment of autologous T-cells with IL-21 and CD25+ depletion is a promising strategy to remove the influence of Treg suppression and increase the activity of tumor-directed cytotoxic T-cells.