On April 29, the FDA Oncology Drug Advisory Committee voted 22-1 to recommend approval of Amgen’s talimogene laherparepvec (T-VEC) for the treatment of patients with advanced melanoma.

T-VEC is an oncolytic herpes simplex virus genetically engineered to replicate only in cancer cells and to express GM-CSF. The Phase III study randomized patients to intra-lesional injection of T-VEC versus GM-CSF alone.

How does T-VEC work? There are two important elements – replication of the virus so that it lyses the host melanoma cells, spilling tumor antigens for the dendritic cells that are recruited by the expression of GM-CSF to present to the immune system to trigger a strong immunologic response. 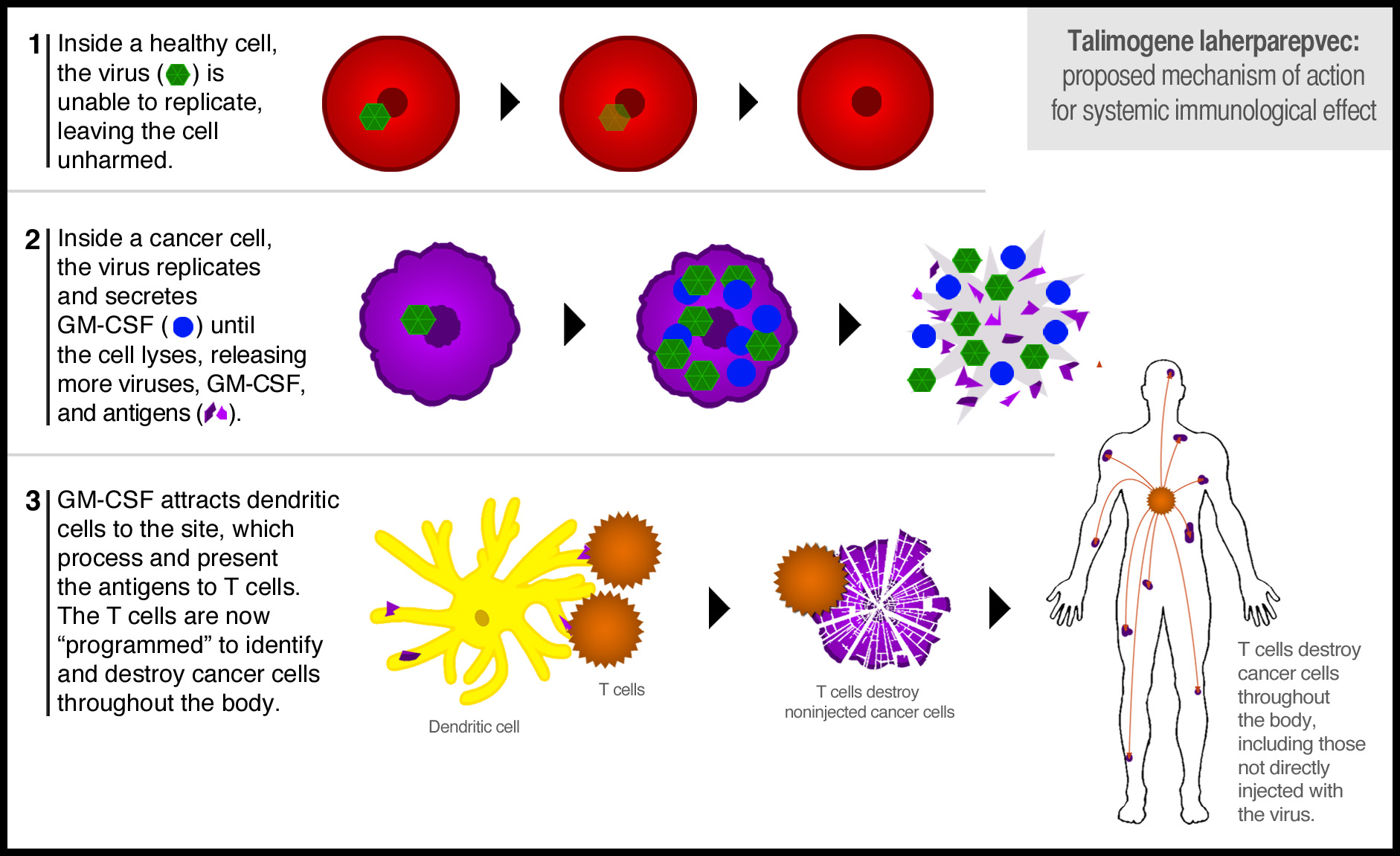 Cell culture studies of ICP34.5 depleted HSV-1 demonstrated that embryonic cells and cancer cells are lysed by infection of this construct, but, differentiated cells are not. Rapidly dividing cells, then, produce a pro’tein that, either alone or in a complex with other cellular and/or viral proteins, can replace ICP34.5 to allow virus replication.

Although the Phase III study did not include combination therapy with a checkpoint inhibitor [anti-PD-1 – Keytruda (pembrolizumab) or Opdivo (nivolumab), or anti-CTLA-4 – Yervoy (ipilimumab)], studies are underway to do just that. The logic behind this is straightforward – T-VEC treatment initiates a robust immune response, and the checkpoint inhibitor ensures that the response is not abrogated. In the Phase III study, patients receiving T-VEC therapy first-line did better than those receiving it as second-line therapy, which supports the combination use with checkpoint inhibitors since the immune response is less likely to have been abrogated in front-line patients. In second-line, where the immune system is more likely to have seen cancer antigens previously (due to cancer cell killing), there is a greater likelihood that the patients were experiencing an abrogating second wave immune response when T-VEC was administered, therefore, diminishing its effect.