Thioureidobutyronitrile (Kevetrin) is an intravenous drug currently in a Phase 1 study in patients with advanced solid malignancies. It acts by promoting apoptosis in several ways:

Approximately 50% of all tumor types carry a p53 mutation. These mutations are typically seen in the DNA binding domain, which affects transcriptional activity and its overall cellular activities. The elevated expression of p53 leads to greater stability, which also induces the regulatory protein Mdm2. Mdm2 is a proto-oncogene that is amplified in approximately 7% of cancers and is frequently seen in soft tissue tumors. A proto-oncogene is a gene that becomes an oncogene, a gene that has the potential to cause cancer, through mutations or an increase in expression. The combination of a p53 mutation with overexpression of Mdm2 results in a worse prognosis for a patient, as compared to a patient with only the mutation or the overexpression. Mdm2 protein has the activity of an ubiquitin ligase, which allows for the targeted degradation of its substrates, including p53. In addition to marking p53 for degradation, Mdm2 also binds to p53 and transports it out of the nucleus into the cytoplasm for degradation. The phosphorylation of p53 affects Mdm2’s ability to target p53 for degradation. When stress or DNA damage occurs in the body and the phosphorylation of p53 occurs on multiple sites, Mdm2 does not associate with p53. Researchers have recently discovered Mdm2 in human tumors and these scientists hypothesize that Mdm2 plays a role in tumorigenesis, with or without p53. The relationship between p53 and Mdm2 has been shown to be vital to the normal functioning of the human cell, and also has other implications in cancer. Additionally, scientists have found that this relationship is an important part of a number of complex cellular signaling cascade pathways, including Ras, β-catenin, myc, Rb, and many more. The complexity of the p53-Mdm2 link illustrates the importance of this signaling pathway and indicates it is a viable therapeutic target. Researchers are studying this signaling relationship in order to design targeted drugs and therapies for cancer, as well as many other diseases. http://www.cancer-biomarkers.com/2012_08_01_archive.html

Mechanism of action studies showed that Kevetrin strongly induced apoptosis by activation of Caspase 3 and cleavage of PARP. Kevetrin induced phosphorylation of p53 at Ser15 leading to a reduced interaction between p53 and MDM2, an ubiquitin ligase for p53 that plays a central role in p53 stability.  Stabilized wild type p53 induced apoptosis by inducing the expression of PUMA. In addition, Kevetrin increased expression of p53 target genes such as p21 (Waf1), an inhibitor of cell cycle progression. 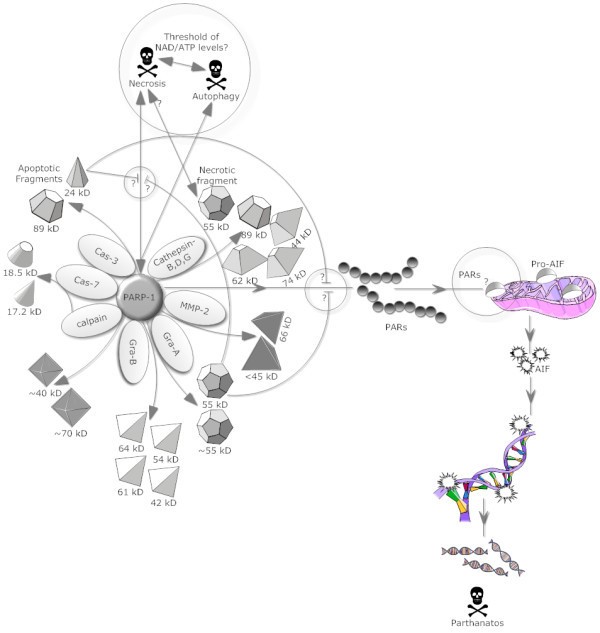