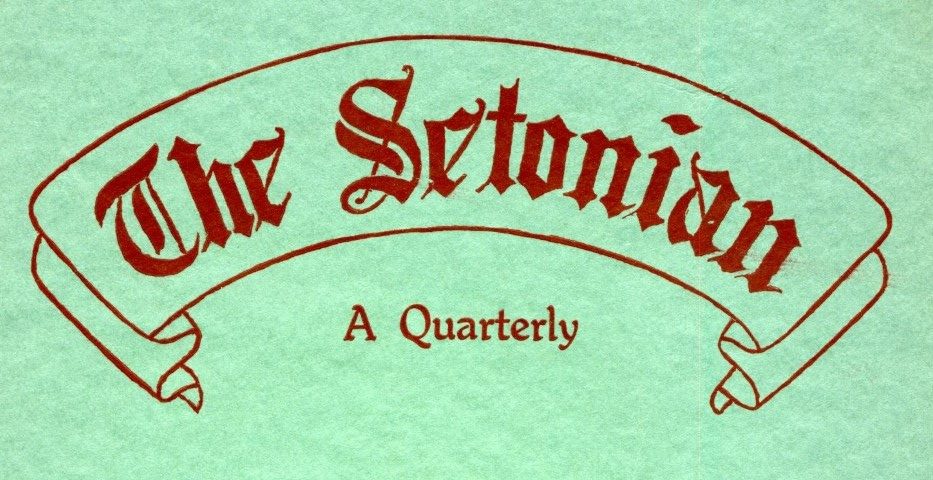 During the second and third decade of the 20th century, the student press became the primary herald of written news, information, and creative expression to the wider college community.  The first issue of The Setonian was founded in 1924 and had been growing in terms of size, publishing schedule, quality, and other factors since that time.  Gracing its pages were many pieces that dealt with theological and philosophy-centered prose, but also included varied accounts of club life, concerts, sporting news, and other memorable events of note along with regularly featured columns, editorials, and creative caricatures that celebrated cultural and societal trends of the day. 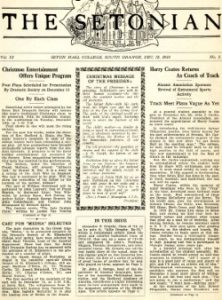 With the onset of the Great Depression-era of the early 1930s, the scale of The Setonian became more modest in presentation with only a few issues published per academic year between 1931-32.   Additionally, the size and content resembles more of a literary journal approach than a straight news organ.  This was especially evident with the presence of the “Christmas Number” issues which would become a semi-fixture in latter editions of The Setonian over time 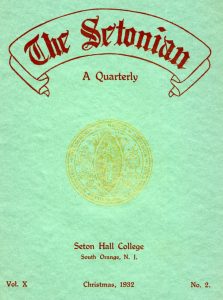 The Yuletide season provided added extra inspiration especially during the December publishing cycle which signaled a natural Christmas and year ending theme found in the pages of editions produced during the late 1920s and 1930s in particular.  This resulted in scores of poems, short stories, and messages from the administration that captured the spirit of the season in various ways.  Included here are some examples that exhibit the thoughts and feelings of the student body written by students of yore . . . 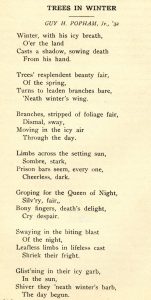 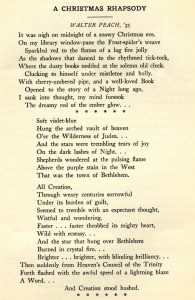 These and other examples are found not only during the earliest days of The Setonian, but in later editions and other expressions around campus even through the latest edition of the paper and as we celebrate the 10th anniversary of the memorable Tree Lighting this year, the spirit of this time of year and meaning of the season are documented for the ages.  Happy Holidays everyone!

For more information about Seton Hall history please feel free to contact the Monsignor William Noé Field Archives & Special Collections Center via e-mail at:  Alan.Delozier@shu.edu or by phone at: (973) 275-2378