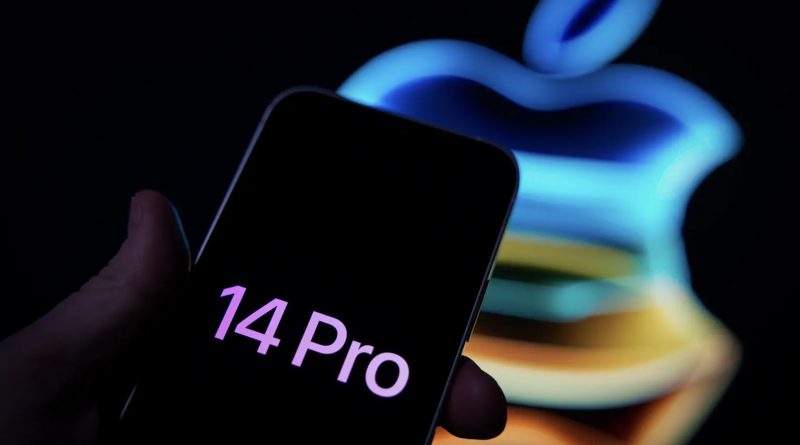 The regular cycle of Apple releases is upon us once more. To Apple enthusiasts, it is like Christmas morning. A new gadget to buy with the latest technology the Cupertino-based tech giant can muster. To the more pessimistic customers in the tech market, it signifies yet another superficial dog and pony show that marks another step towards gradual solutions.

What’s even more, this release is not just the release of a new auxiliary gadget like an Air Tag or Apple Pencil, it boasts the most recent edition of one of the world’s most popular rectangles, the iPhone. The most recent product, the iPhone 14, hit the markets on September 16th to the usual Apple excitement. The release prompted the usual makeshift campsites set up outside stores on the eve of the drop.

In terms of actual innovation, the iPhone 14 admittedly doesn’t offer much. However, there are a few highlights. The new model does not have a SIM card, a sign that Apple is looking towards eSIM technology. This may affect some users who have smaller carriers but for the most part, major carriers can already adapt to this change. The camera has slightly improved with 1.9 micrometer pixels and a faster f/1.7 aperture resulting in better action shots and low-light performance. For the Pro and Pro Max models, apple is experimenting with a new phone mechanic called the “dynamic island”. This is a floating black bar that includes notifications, call functionality, and other neat uses that could be really helpful as iPhones continue gradually moving towards more minimalist designs.

But all these pales in comparison to the primary advantage of buying any latest Apple model which does not have anything to do with the phone itself. Rather, everyone who understands Apple’s supposed business plan recognizes that the newest model is optimized to run on the most recently released iOS. The new version of the operating system, iOS 16, applies to all iPhone 8 users and above.

Unsurprisingly, the new operating system was conveniently made available to the public a few days before the launch of the new device. In the past, Apple has garnered some criticism when it comes to releases like this. The claim is that the tech giant’s release of the new iOS intentionally slows down older iPhones to promote the purchase of newer phones. Apple has actually admitted to doing such things, but claim it is to save the aged battery and older electronic components. The American legal system disagreed. In 2020, the company settled in the consumer fraud lawsuit for over $100 million that became known as “batterygate”.

It appears the tech gods have been listening. In a kind of karmic justice, the release of the iPhone 14 has been plagued with issues exclusively for those who purchased the new device. Only 4 days after the release, Apple was forced to issue a statement recognizing that users may experience a variety of issues due to some coding bugs in the software.

Some of the malfunctions are minor. iMessages appear as green instead of blue or conversations are split into two threads. But other malfunctions are significant. In some cases, iMessages and FaceTime calls will not come through at all. Perhaps the most severe has to do with third party applications that utilize the camera. The new and improved camera can capture Apple’s clearest shot ever on an Apple run application. But when some users switch to Snapchat, TikTok, or Facebook the camera begins shaking violently and is even reported to shatter due to the ferocity of shaking.

Apple promises that they are working on fixes, but no official word has come out on how wide spread these issues are. It is also unclear if it is a software or hardware issue. If it is strictly software, then the issues can be solved with patches. But if it is hardware, that could mean that millions of defective units are being delivered daily.

While these issues will not crumble the 2.3 Trillion dollar company, the effects are unknown at this point. Depending on how quickly these things are fixed, this could be a huge blow to Apple’s credibility. Despite the previously mentioned lawsuit, Apple is positively viewed in the public eye when it comes to reliability. It will be interesting to see if these recent missteps will dampen the excitement when it comes to the next big release.