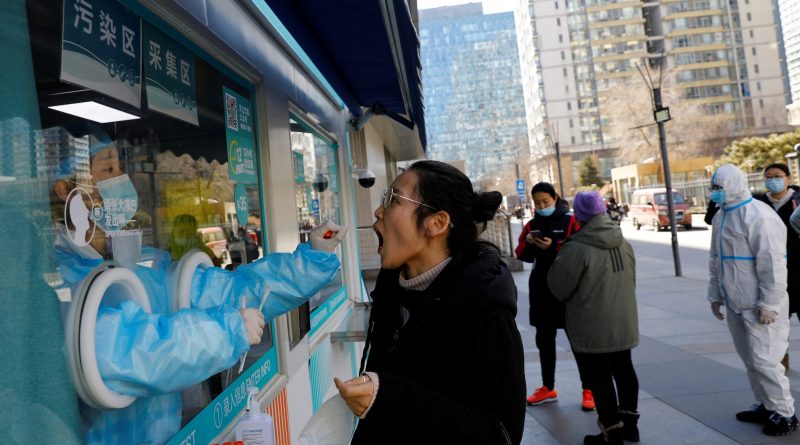 After nearly two years, the world is once again in the same conversation involving a virus and strict regulations in China.

Will investors be better equipped for another turbulent market after some practice?

The COVID outbreak in China will create more uncertainty within the markets. After all, the world had downplayed the true effects of the virus the first time around. But after having some practice, investors continue to move cautiously as 2022 has not been easy.

With a market that has been struggling to return back to pre-pandemic levels, investors have moved to stronger positions with protections offered through dividends and fixed income assets.
The city of Shenzhen has halted non-essential production and transitioned employees back to their homes. Shanghai has returned to online classes.

Though China has been stricter in COVID procedures. A zero COVID policy that has been yearned for seems to be out of reach. The good news for the markets is that a full lockdown in large cities is not to be expected as major port cities have not shut down completely.

Tracing back to decisions made two years ago, the first full lockdown enacted by China was quickly followed as the virus continued to spread across Europe and eventually in the United States.

With China setting the first COVID procedures, their decision may be followed by others.

Most countries have taken a strong economic hit. Especially those who are very dependent on tourism, COVID-19 lockdowns have left consumers and individuals struggling to afford everyday goods. Another imposed shutdown would surely pressure the global economy even more than the pressure it feels at this very moment.

Focusing on the United States, most of the country has lifted many restrictions and mandates. This includes New York City, which had announced its decision to lift the vaccine mandate for restaurants. Pro-athletes are anticipating a similar provision as the mayor will extend this rollback to them as well.

And as we all know, the United States has a tendency to politicize most matters, including the virus. With an upcoming midterm election in November, a decision to revert back to strict rules would only hurt many who will be running. This change of attitude is seen by both parties who have cited the importance of prioritizing economic health as many continue to struggle.

For these reasons, the United States may have difficulties if the government were to make such a decision. U.S. companies are only threatened by the decision of foreign governments, should there be a rise in cases.

With supply chains already in disarray and the decision to halt production while a war is on the verge of worsening, companies will only continue to face issues. Most countries will want to avoid a full shutdown in order to avoid furthering the damages to small businesses and its citizens.

Unfortunately, there seems to be no end to COVID and volatile markets in the near future.