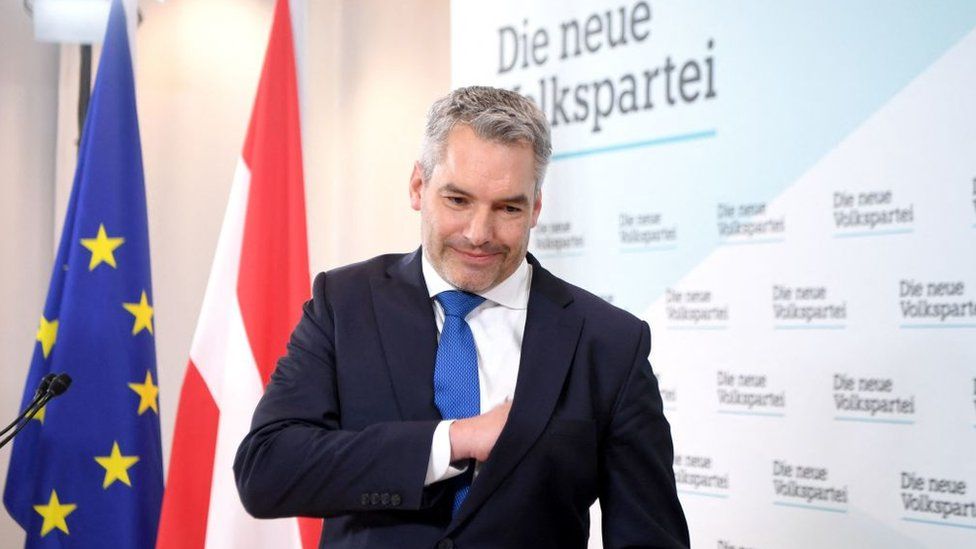 Austria has seen a quick succession of three Chancellors in less than two months. 35 year old Sebastian Kurz of the conservative Austrian People’s Party had led Austria as Chancellor from December 2017 to May 2019 and from January 2020 to October 2021 when he was marred by a corruption scandal, causing him to resign. Kurz was succeeded by his foreign minister Alexander Schellenberg, who after being Prime Minister for less than two months, announced his resignation. Despite resigning as Prime Minister in October, Kurz had remained leader of the ruling OVP, and announced his resignation from that position at the same time as Schallenberg resigned from his so that, as Schallenberg explained, “both positions – head of government and leader of the Austrian party with the most votes – should soon once again be held by the same person,”

Karl Nehemmer, the current interior minister is set to be the new Chancellor and head of the OVP. Nehemmer has garnered a reputation as an immigration hardliner. In a news conference Nehemmer was clear in setting the tone of his leadership saying, “It is important to me as the new leader of the People’s Party that we hold our lines, that we say clearly what is necessary when it comes to the issue of migration and asylum, when it comes to the issue of security for people in our country,”

Nehemmer will lead the OVP in a coalition with the Greens, the party without which the OVP would not be able to govern given the fact that the OVP alone do not have a majority of seats in Austria’s Parliament, The National Council. Pressure from the Greens was instrumental in the resignation of Kurz who still maintains his innocence of the charges. The allegations include using money to

Nehemmer will take over leadership as his party nosedives as a result of the scandal surrounding Kurz, the OVP has lost its polling popularity over its rival the Social Democrats with the two parties now neck and neck.