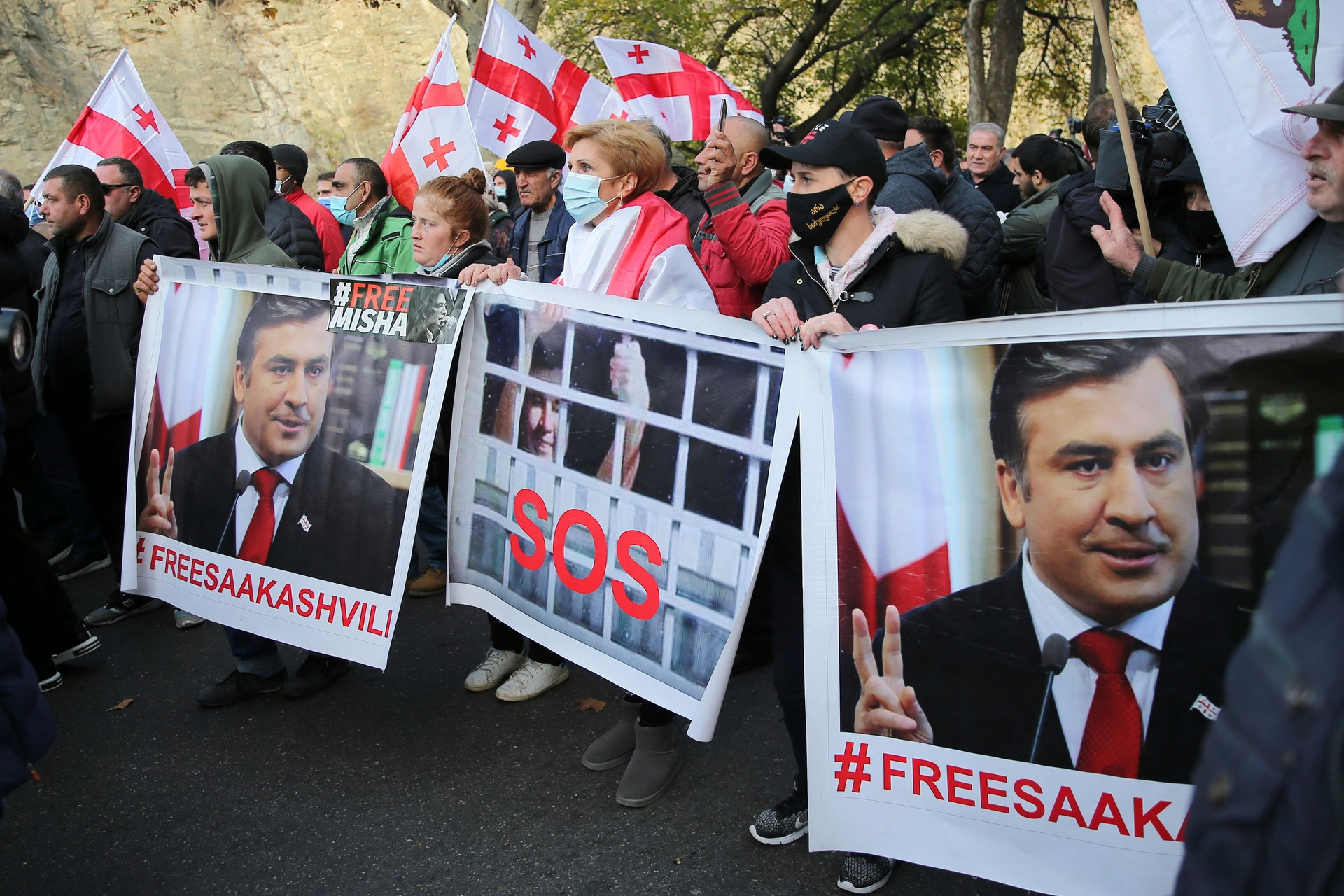 On October 1st, after eight years of exile, former Georgian President Mikheil Saakashvili returned to his home country and was promptly arrested. Since his arrest, he has gone on a hunger strike, and with his condition deteriorating, supporters, rights groups, and international observers have expressed concern regarding his treatment.

Saakashvili became President of Georgia in 2004 after the “Rose Revolution,” which saw the ouster of the previous President, Eduard Shevardnadze, who had ruled Georgia since the 1970s. As President, Saakashvili led an energetic campaign of unprecedented reform which saw massive decreases in corruption and an increase in opportunity for investors. Saakashvili’s Presidency saw Georgia fight an unsuccessful war with Russia in 2008. His popularity began to decline as scandals relating to government overreach and abuses within the prison system stained his reputation. Saakashvili lost the Presidential election of 2012 and conceded defeat.

Since he departed from Georgia, Saakashvili has spent time in multiple host countries, but most prominently in Ukraine, where he embarked on a new political career, being appointed by then-President Petro Poreshenko to the Governorship of Odessa, and later was appointed to head a national position by the current Ukrainian President Volodymyr Zelensky. As in Georgia, in Ukraine, Saakashvili was a champion of closer ties with the US and EU and resistance to Russian influence.

While Saakashvili was abroad, Georgia tried and later convicted him in absentia of multiple charges that concerned his time as President. At the time, these convictions were criticized by some in the Georgian opposition as politically motivated, with international observers, such as the United States and EU, expressing concern regarding the fairness of these convictions in 2014.

Saakashvili’s return was motivated by his desire to support his political party, the United National Movement, in nationwide municipal elections. The UNM has been the main opposition party for nearly a decade since the Georgian Dream Party came to power in 2012. Upon his arrival on October 1st, Saakashvili was arrested for a 2018 conviction that concerned his time in office. Still, the conditions of his imprisonment and statements by Government officials have caused considerable dismay among observers. Saakashvili has been on hunger strike and said he has been abused by prison staff and given poor medical attention; his condition has deteriorated.

The ruling Georgian Dream party has been considerably less pro-Western compared to the UNM. As a result, under the Country’s current leadership, Georgia has seen a dramatic decrease in foreign investment. In addition, Georgian Dream officials have been dismissive of concerns regarding Saakashvili’s condition.

In an October 28th interview, Georgian Prime Minister Irakli Garibashvili made comments that seemed to dismiss the former President’s plight, saying, “The law says an individual has the right to commit suicide,” Garibashivili continued saying, “If an individual decides to kill themselves, they can…the state cannot take responsibility for this,”

The United States has stated it is “closely monitoring” the situation. Saakashvili has requested US help, while his political allies have demanded fairer treatment, with nine UNM MPs going on hunger strike in solidarity.