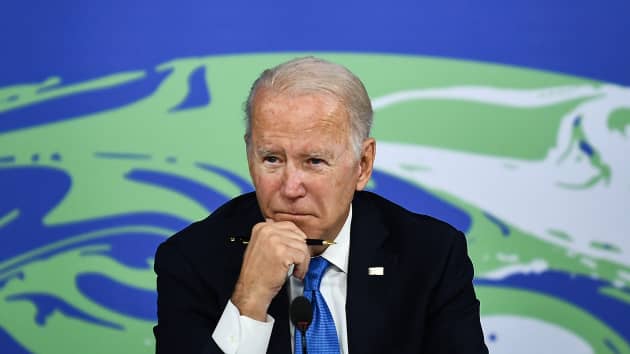 President Joe Biden said last year the country was confronting four “historic crises simultaneously.” The crises include the pandemic, financial instabilities, the requirement for racial equity, and the “undeniable realities and accelerating threats of climate change.”

At that point, due to the absolute importance of the pandemic and the issues related to it, even the Left was confused about the inclusion of climate change. While the White House received heavy criticism for missing the mark on its previous campaign around police change and arms control, with regards to environmental change, it has generally been a different story. Eight months after the climate change speech, environmentalists supported by early staffing choices expressed objectives and proposed laws and arrangements with climate change head-on.

Overall, Biden doubled down on the issue, facilitating a global virtual conference with 40 world leaders on Earth Day and laying out new objectives around cutting gas emissions.

“The signs are unmistakable. The science is undeniable. The cost of inaction keeps mounting. The United States isn’t waiting. We are resolving to take action,” Biden said Thursday. “I see an opportunity to create millions of good-paying middle-class union jobs.”

Defining objectives and accomplishing them is totally different. Until this point in time, many president’s chief activities have been planned as mere explanations and daily agendas versus genuine standard changes with set aside timing. Recently, Biden has been told to advocate for more smooth and less radical changes to ensure that the US population is ready for his new policies and agendas. Thus, he advocated for transitioning the government-owned vehicles to all-electric. Yet, at the same time, there are still holes in roads and missing specific action plans regarding how precisely his groups will accomplish their targets.

With an end goal to tick through the promises, the president promptly started moving back environmental policies from the Trump administration that were simpler to handle and could hugely affect air pollution and get the country away from excessive petroleum consumption and toward more sustainable power.

On Day One, he set a transitory ban on oil and gas activities in the Arctic National Wildlife Refuge. He dropped plans for the Keystone XL pipeline extension, which would have conveyed a vast number of barrels of tar sands oil each day from Canada to Nebraska and on to the Gulf Coast.