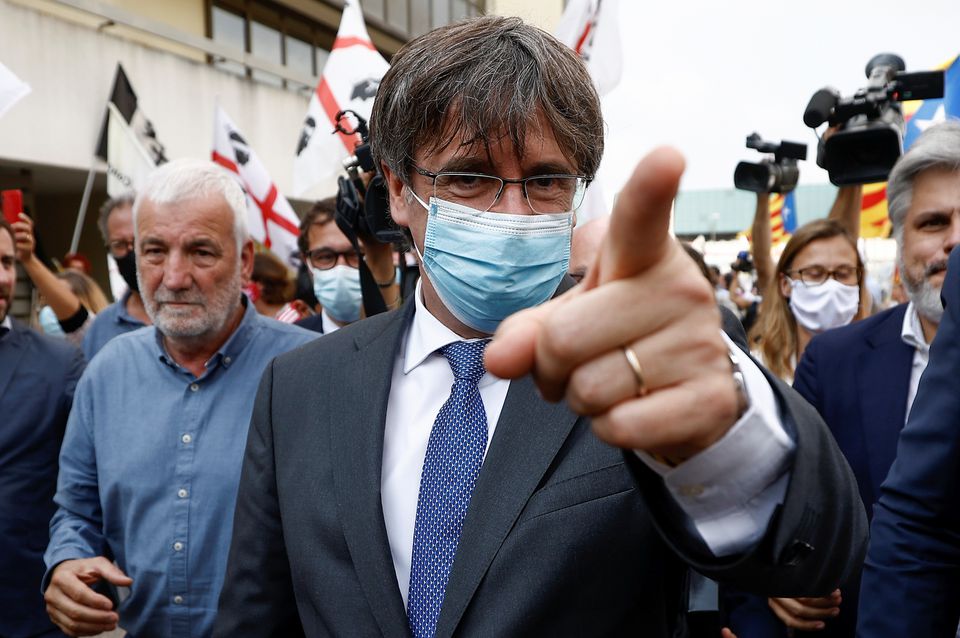 Carles Puigdemont, founder of the separatist movement Together for Catalonia, faced a court hearing  on October 4 following his arrest on September 23. He was arrested in Sardinia, Italy due to a, “warrant seeking his return to Spain for trial over a failed independence bid he led four years ago.” According to the New York Times, the Spanish government charged Mr. Puigdemont with sedition for being the leader of Catalonia’s attempt to become an independent state in 2017. Other members of the movement were arrested and sentenced to jail but were pardoned by Prime Minister Pedro Sanchez in June. After Catalonia failed to separate from Spain, Mr. Puigdemont moved to Brussels and later went to Sardinia  for a “Catalan folklore festival”, where he was arrested.

Reuters reports that on October 4, the Sardinian court conducted their first hearing. They were tasked with deciding whether “Spanish charges justify handing over Mr. Puigdemont” and “whether Spain’s judiciary had suspended its longstanding arrest warrant before the former Catalan leader traveled to Sardinia”. According to Reuters, the court decided to suspend Spain’s entreaty to extradite Mr. Puigdemont, where he would face sedition charges in Spanish courts. His lawyers are requesting that Mr. Puigdemont’s immunity as a member of the European Parliament be recovered as well. Any legal proceedings on his immunity have not yet been revealed. Mr. Puigdemont will return to Belgium but will then continue traveling across Europe to advocate his cause. Reuters reports Mr. Puigdemont’s commitment to continue fighting for Catalonia’s independence. He stated, “We will continue fighting. We will never give up and I will continue travelling around Europe”.

Mr. Puigdemont’s arrest and hearing has resulted in political stress between Spanish politicians (especially those from the Spanish capital, Madrid) and politicians from the Catalonian capital of Barcelona. Their relationship has already been strained due to Catalonia’s prior attempt to separate from Spain.