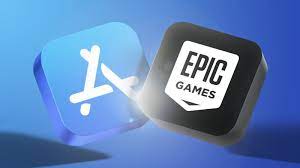 Epic Games went to war with Apple…and lost badly. $3.5 million in damages bad. But their lawyers have turned them into a Martyr. Despite winning the case, Apple was ordered by the presiding judge to make concessions to the game developer.

The judge did not deem the App Store a monopoly, allowing Apple to continue barring other app marketplaces from being installed on their devices. However, the judge saw forcing users to go through the App Store’s payment infrastructure as anticompetitive behavior.

As a result, Apple must now allow developers to redirect users out of the Apple ecosystem and to a third-party payment processor. This could save users money because Apple won’t be apple to charge a 30% convenience fee on those transactions.

For example, Supercell, the developer of Clash of Clans, brought in $1.48 billion of revenue in FY2020. Assuming half of the revenue stemmed from iOS devices, there’s over $300 million in revenue that could be reallocated to consumers’, Supercell’s, and/or another processor’s pockets.

And the last of those is where the sharks are circling. Stripe, PayPal, Square, and Global Payments are some among many who stand a chance to receive hundreds of millions, if not billions, of dollars in new business.

Apple is the clear and only loser here. The App Store generated over $64 billion in revenue in 2020. Back in 2019, 93% of its revenue came from just the top 1% of developers. They have a real incentive to start shopping for deals now.