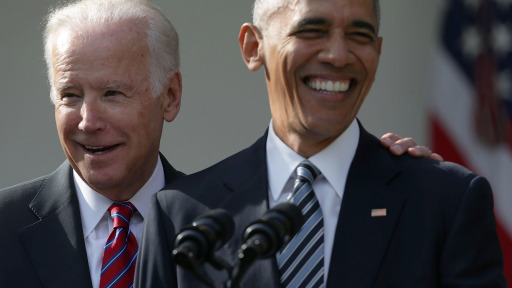 Back in 2008, Barack Obama and Joe Biden ran together for the offices of president and vice president under the slogan of Hope. Now in 2020 as the country is facing massive amounts of economic turmoil, racial and social injustice, and a pandemic, we are left looking for hope again. The way the Biden campaign is hoping to do that is by bringing back the former president, in hopes of stirring up the same emotions many Americans felt from 12 years ago. As I am writing this, the election count is still raging on, and frankly, the American People are not any closer to electing the next president than we were a few days ago. But earlier in the week, in the city of Philadelphia, Barack Obama spoke on behalf of Joe Biden. The speech happened at a drive-in rally in the parking lot of Lincoln financial field, and the setting is important because Pennsylvania is a key battleground state for both candidates, one that is currently still not called, and will go a long way in determining who is taking office in January.

The speech itself started off with a very negative approach by using rhetoric that challenged Donald Trump. Obama said, “We’ve seen folks of every age and background who packed city centers and airports and town squares just so families wouldn’t be separated, so another classroom wouldn’t get shot up, so our kids wouldn’t grow up on an uninhabitable planet,”. This quote is covering many topics that we are facing as a nation, and key voters that they are hoping will come out and vote.  Obama is using a clear fear baiting tactic that appeals to a much larger group. School shootings and climate change are things that strike a strong nerve for a large majority of people, and issues that Donald Trump has very opposite views on than Biden.

The next part of the speech that I would like to cover is when Obama talked about one of Trump’s bank accounts in China. Barack was quoted saying, “”[Trump]’s got a secret Chinese bank account … Can you imagine if I had secret Chinese bank account when I was running for reelection?! … They would’ve called me Beijing Barry.”. This reference to Trump’s “secret Chinese bank account” was based upon a story recently released in the New York Times, where it was alleged that the president currently maintains an account in the country. President Trump has since mocked Joe Biden as an individual who himself has many ties and connections to China. Trump has then gone on to target Biden’s son, Hunter, for previous business deals being done there. In response to the article and words from Obama, one of Trump’s attorneys has said that “Trump’s company opened the account in China to pay local taxes there and they pursued business opportunities there.”

Overall Obama’s speech came in the waning days of a long and drawn-out election process. There is no clear way to quantify how effective these late campaign speeches are at putting Biden over the top for the presidency, but currently, Biden has just taken a small lead in Pennsylvania. Also, the votes that have been coming in during the past few days, which have put Biden on top, have largely been from the city of Philadelphia. As Biden looks to be set on his way to win the key battleground state it is interesting to think about the effect that Obama’s drive-in speech had on the race.