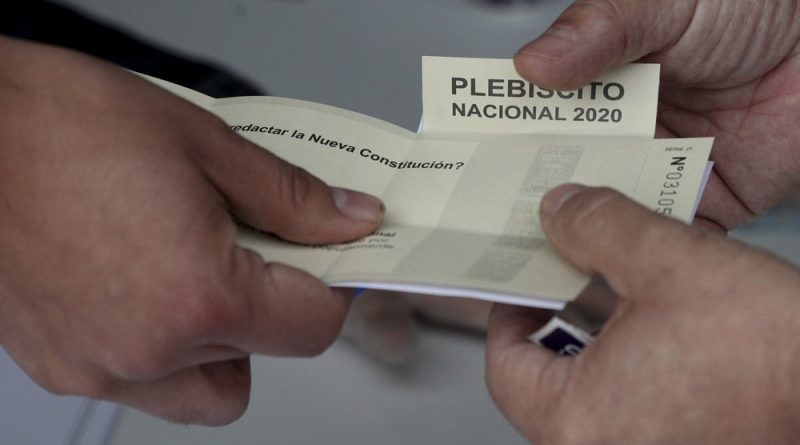 On October 25, Chileans voted in a referendum to rewrite the state’s constitution with 78 percent of the vote supporting the change. The success of the referendum comes nearly a year after protests demanding changes to the constitution began.

Chile’s current constitution is the product of General Augusto Pinochet’s dictatorial rule which lasted into the late 1990s. While Pinochet died in 2006, the constitution has continued to mar Chilean democracy. Considered by many Chileans as the source of the nation’s social issues, the Pinochet-era constitution has sparked mass civil unrest in the past year.

In Oct. 2019, violent protests erupted in the country’s capital in a demonstration against social inequities in the state. Responding to an increase in public transportation fares, protestors set fire to the entrances of metro station in unrest that killed at least 26 people. Proponents of the referendum argue that the current constitution is what enabled the fares to rise, something which placed an extreme burden on the Chilean people.

Despite having what is considered to be one of fastest growing economies in Latin America, the average Chilean finds themselves greatly removed from that wealth. Many citizens contend that the government, empowered by the constitution, enacts laws that benefit the wealthy and increase financial disparities in the nation. However, the distribution of wealth is far from the only issue the people of Chile have taken up with the government. Since the protests first began last year, hundreds of thousands of Chileans have taken to the streets to fight for changes in everything from education to indigenous rights.

While public outcry has included a range of grievances, the people tied them together through the constitution. In response to this, the Chilean government attempted to piecemeal amendments together to appease the people, but it was to no avail. Despite the government’s efforts to quell the protests, both through amendments and through use of force by the police, the government relented and the choice was given to the people through the referendum on completely redrafting the constitution.

A prominent progressive leader in Chile, Jorge Sharp, considers the acceptance of the referendum as Chile’s “Chance to lay the foundations of a new society, a new state, and a new country.” These new foundations will be laid by an elected constitutional convention, the members of which will be decided upon in April 2021. The convention is projected to include a diverse group of voices, with gender representation being required for the convention and Indigenous representation being considered.

While the referendum to rewrite the constitution has already been accepted, the people are scheduled to vote once more in 2022 to approve the new draft of the document.

Despite nearly 80% of Chileans voting to accept the referendum, the move has also come under harsh scrutiny. Opponents allege that rewriting the constitution will only cause more problems and that social inequities can be rectified by more amendments. The majority of Chileans clearly disagree, with the vote reflecting citizens’ belief that the current constitution’s over 250 amendments have not solved Chile’s most pressing social issues, political analyst and editor of tresquintos.cl, Kenneth Bunker judges that opponents on the referendum will likely be seen as, “On the wrong side of history.”