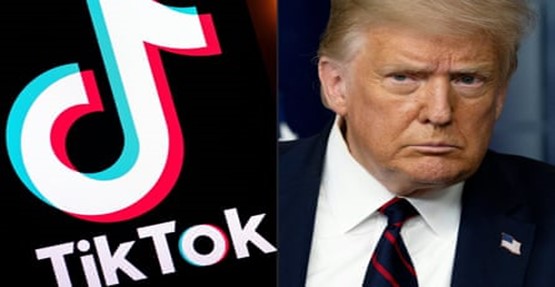 On the 20th of September, the wildly popular Tiktok app was officially banned following an official statement by the government. Additionally, the statement continued with a sale date deadline for November 12th, the companies Oracle and Walmart being the biggest two contenders thus far. However, more recently the deal to buy Tiktok from Chinese company ByteDance has fallen through when the company pushed back saying that they would retain a stake in the app. “They are going to buy it,” he said, referring to Oracle and Walmart. “They’re going to have total control over it. They’re going to own the controlling interest. And if we find that they don’t have total control, then we’re not going to approve the deal.” Neither side is looking to budge and the fate of U.S access to Tiktok continues to only look worse by the day. It is not just Tiktok that is being affected, popular Chinese texting app WeChat has also been completely cut off leaving many Chinese Americans stranded. “WeChat, owned by Tencent, combines chat, e-commerce, games, and other services; it’s a crucial app within China, and an estimated 19 million people use it in America to keep in touch with each other, and with people in China.”

The battle between the U.S and Chinese technology is not a new one, but the effects of these bans and buyouts are not certain, national security is touted as the main reason for these apps to be acquired or banned as selling citizens personal data could be a major issue, though ByteDance claims that they have not and do not sell the data they collect to the Chinese government. “TikTok, which was majority-owned by Chinese company ByteDance, claims it doesn’t share data with the Chinese government. It has spent months in meetings with Trump administration officials pleading its case.”

Unsurprisingly, two massive U.S companies Riot Games and Epic Games the creators of League of Legends and Fortnite, two of the most popular games out there are being questioned due to their ties with Chinese tech giant Tencent who owns and manages much of the gaming and technology sphere, having a stake in quite a few other notable companies such as Activision Blizzard and Ubisoft. Coming back around, China seems to have a firm grasp on most technology accessible throughout the world, Trumps ban could be the first step in the right direction to protect Americans in cybersecurity but the consequences of these demands have yet to be seen, some thinking that they may trigger a butterfly sort of effect in the future.