While rural Creston, Ohio did not have much to offer growing up, Shannon Ryan said she always had two passions: writing and sports. It was only a matter of time before those two interests cultivated into a successful career.

“We didn’t have a stoplight and my graduating class had 80 people in it,” Ryan said regarding her hometown. “My next-door neighbors were cows.”

Ryan, who currently works as a sports reporter for the Chicago Tribune, said despite growing up in Ohio, rooted for Notre Dame rather than her home state Ohio Buckeyes every Saturday. 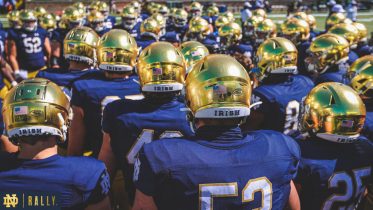 “My family was an Irish Catholic family, and we were really into watching sports” Ryan said.

Ryan said many of Saint Mary’s organizations were affiliated with the University of Notre Dame, including their student-run newspaper: The Observer. And since Saint Mary’s did not offer journalism as a major, Ryan said she got most of her journalistic experience in college reporting for The Observer.

“I took a journalism class at Saint Mary’s, I think it was the only one. And I took a couple at Notre Dame too” Ryan said.

Ryan also said it was around this time, when she was covering Notre Dame’s football program for The Observer, when she realized she wanted to pursue a career in sports journalism.

“You see all these big-time reporters covering the team and watch them and say, ‘wow, this is interesting.’ It was a good way to break into the industry” Ryan said.

Ryan became the managing editor of The Observer her senior year and with the help of one of her professors, got an internship at The South-Bend Tribune, the daily newspaper in South Bend, Indiana.

After college, Ryan got a two-year residency and an internship at The Philadelphia Inquirer. Upon her arrival, she was shell-shocked to say the least. 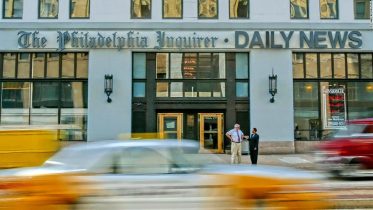 “I had never lived in a big city; I was surprised I even knew how to get around” Ryan said.

The internship largely consisted of covering high school sports, and Ryan said she knew nearly every high school mascot in the greater Philadelphia area by the end of the two years.

Ryan also said interning at The Inquirer was a great experience because of their hardnose reputation, which helped her understand the industry quickly.

“Philadelphia has this reputation that they don’t take it easy on you,” Ryan said. “You got to earn your stripes.”

Ryan was hired by The Inquirer following her internship and worked as a beat writer covering the Philadelphia Eagles and the Villanova Wildcats’ basketball programs for seven years.

As of today, Ryan works for The Chicago Tribune mainly covering college athletics, something she said is her favorite part of the job.

#TeamTribune the only people at Bankers Life not wearing maroon and gold scarves or orange and blue gear. #Illini #Loyola pic.twitter.com/hdvhVEao4U

“There’s more of a schedule to it,” Ryan said. “You get to tell people’s stories for the first time.”

Ryan said one of her favorite experiences was covering the Loyola-Chicago men’s basketball team in 2018 when they advanced to the Final Four in the NCAA tournament for just the second time in its program’s history.

“It was excited, no one expected it and of course it’s easier to cover a winning team” Ryan said. 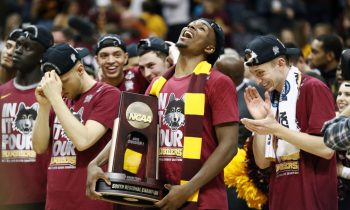 Ryan said she was lucky her career in sports journalism worked out because otherwise, she would not have known what to do.

“I forgot to develop any other skills,” Ryan said sarcastically. “Maybe teaching since my mom was a social worker or something in one of those fields.”

This past year, like every other facet of the world, journalism was severely impacted by the coronavirus pandemic. Ryan said during the pandemic, she was “working harder than ever,” but found that her stories’ subjects were more receptive to interviews than ever before.

“Since people were stuck at home, coaches were happy to answer the phone” Ryan said.

Ryan also said she expects some of the changes made during the pandemic to remain intact, even when restrictions are lifted.

“I do feel like Zoom is going to be used to limit in-person interaction or locker room interaction” Ryan said.

Ryan also spoke on the many struggles women face within the sports media industry—from the lack of women’s sports coverage to the unequal amount of opportunities female reporters get compared to their male counterparts.

“There’s still times where I go to cover things and I’m the only woman” Ryan said.

#Illini women’s team before the game. Not sure I’ve seen a coaching staff participate with players in a protest against racial injustice so consistently throughout the season. pic.twitter.com/2uOKaUVBHo

Ryan said there is a long way to go for equal representation in the field of sports journalism, especially for women columnists and editors. But Ryan said she has noticed coaches and players are more accustomed to seeing women reporters in the locker room.

“It is not as strange as it used to be” Ryan said. “It has become more normal.”

Ryan said in the early stages of her career, Ashley Fox of The Inquirer and ESPN and Dana O’Neil of The Philadelphia Daily News and The Athletic were two of her biggest mentors.

“They were eager to help me and give me pointers. I could follow their lead” Ryan said.

Ryan ended by saying the two most important things for a aspiring young journalists would be to build a rapport with experienced people in the industry and attack obstacles head-on.

“Find people in the business who you can relate too,” Ryan said. “I think it is important for all of us to challenge ourselves no matter what.”