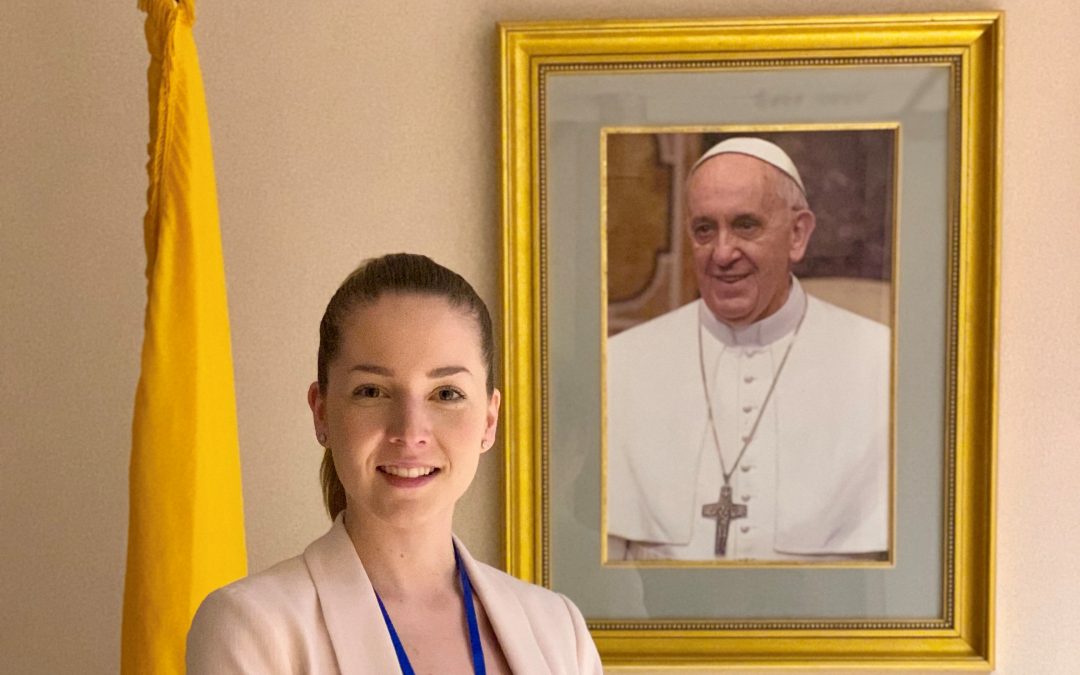 Internship Blog Series: Permanent Observer Mission of the Holy See to the UN

My name is Roxane Heidrich. I am a second-year graduate student in the Diplomacy and International Relations Program, specializing in Global Negotiations and Conflict Management and International Security. I completed an internship at the Permanent Observer Mission of the Holy See to the United Nations in New York.

My goal upon graduation is to work in the field of mediation of international conflicts and facilitate dialogue between stakeholders. These conflicts also possess a security dimension prior to peace talks, and I was interested in learning what arrangements need to be present on the ground before one can begin the mediation process. The Holy See matched these interests of mine in their dedication to peace and reconciliation as a religious organization. Such organizations are often at the forefront of mediation efforts, brokering ceasefires and peace agreements and playing a major role in bringing together rival parties and negotiating a successful and lasting peace.

In this sense, my decision to pursue this internship followed my understanding of mediation as an activity that needs to be carried out with the principles of neutrality, genuine engagement, and the unbiased interest of the mediator to help the parties find the best possible solution. I learned that the Catholic Church brings this to the table and more, which is linked to people’s connection through faith and a number of principles that call for mutual understanding and using non-violent means for solving violent crisis.

In my position, I learned much about the principles that guide the work of the Holy See in peacebuilding across the world. More specifically, through attending meetings at the Security Council (where the Holy See is an Observer State), I learned about such security arrangements that are fundamental to the cessation of the hostilities – a step that comes before the deployment of other types of efforts such as mediation and post-conflict reconstruction. I learned even more about UN strategies for peacekeeping and peacebuilding, including the challenges to such efforts which are very often represented by the political disagreement between Member States.

From this internship, I learned many new and transferable skills, such as writing reports in an accurate and timely fashion, speaking about and analyzing current security issues in a critical way, understanding the context of current conflicts such as in Venezuela, Kosovo, Myanmar, and Palestine-Israel, and understanding the timing of UN interventions (peacekeeping, appointment of special envoys, establishment of sanctions, establishment and withdrawal of missions, and mediation/dialogue facilitation) depending on the timing and severity of the conflict and the compliance of the host countries. These new skills represent some of my greatest accomplishments, and I am excited to carry them forward in my career.

Some challenges included coordinating my internship responsibilities with coursework and commuting between South Orange and New York, which could be difficult at times when weather was bad. Overall, however, I would definitely recommend this internship to someone that has a solid grasp of the principles of Catholic Social Teaching and the flexibility to work in a very dynamic environment. The opportunities to learn a lot and to grow professionally are numerous, and I am very grateful for my experience. 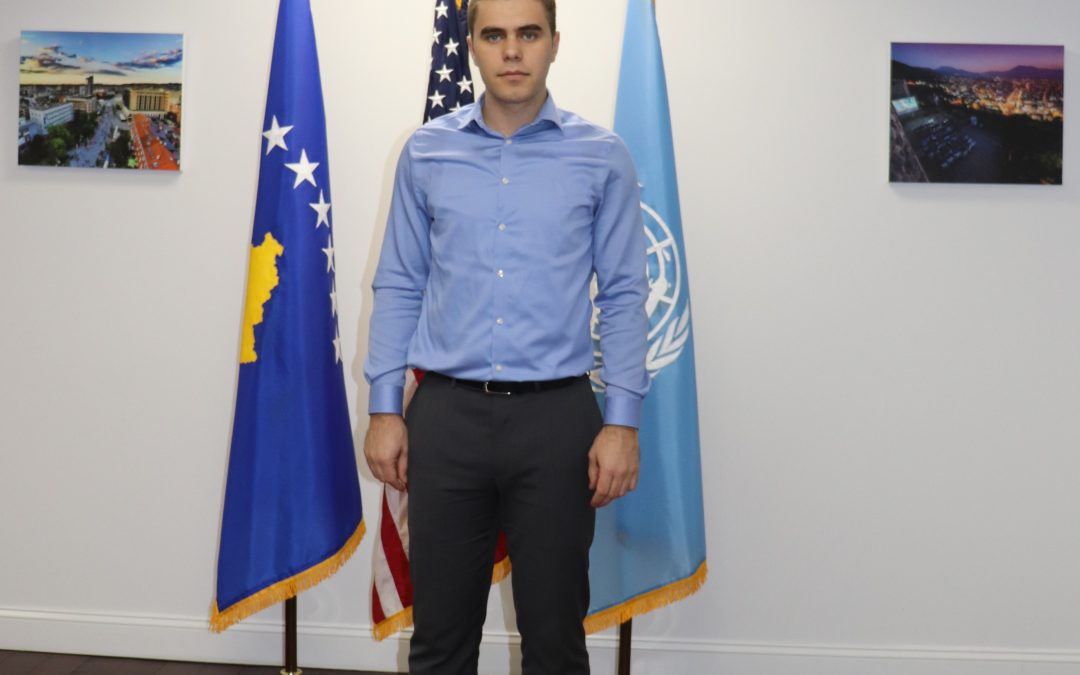 My name is Lis Kabashi, and I am studying International Relations and Diplomacy at Seton Hall University. I come from a city called Mitrovica, which is located in the northern part of Kosovo.

I decided to intern at the Consulate General of the Republic of Kosovo because in the future I would love to work as a diplomat for my country in one of our Embassies around the world. As the number of countries that recognizes Kosovo has gone up to 114, new Embassies and Consulates are opening up around the world. Thus, demand for experts in international relations and diplomacy has increased. For me, the experience at the Consulate General is a very important first step towards that goal.

During the UN General Assembly 2017, the Consulate received two High-Level Delegations: Presidential and the Ministry of Foreign Affairs. Along with another intern, I led the efforts in putting together files for each meeting that took place. These files, intended for the Chief of Cabinet for each delegation, consisted of brief biographies and resumes of each High-Level leader. Since most of our classes at the School of Diplomacy require us to learn about foreign policy decision makers from countries all over the world, I think that this is one of many ways how my internship related to my classes at the School of Diplomacy.

The opportunity to work at the Consulate was not only a period in which I learned about diplomacy – it was instrumental in building my professional network. Over two months, I had the honor of meeting Ambassadors and diplomats from various countries and attending functions hosted by different missions at the UN. Almost all of the diplomats that I met shared some of their experience and knowledge with me. Thus, I have learned how to think as a diplomat as well as how leaders protect the interests of their countries.

I recommend the internship to those who are interested in having a career in diplomacy. Apart from meeting key decision makers from all over the world, an intern at a Consulate could also improve their written and verbal communication skills, which are key to becoming a successful diplomat.