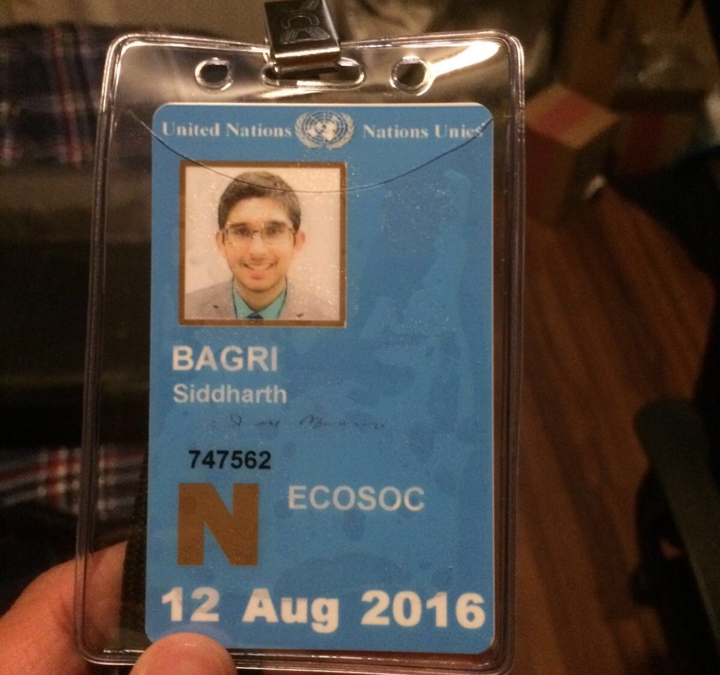 Working with Caritas Internationalis’ UN delegation with Mr. Joseph Donnelly gave me a close look inside the UN and on how NGO’s interact with the UN. Caritas is one of the world’s largest humanitarian organizations and much of my work involved researching and relaying information to my supervisor in order to help with his advocacy work. There was a focus on the current volatile situations in the 5 year old newest country, South Sudan, and the border regions of the country of Sudan itself. Sudanese forces have indiscriminately bombed civilians to the point where they have to retreat into caves in order to save themselves. Caritas is trying to provide aid to the people there but the government has also shown itself to be willing to bomb hospitals.

Caritas hosted the visit of a Sudanese Catholic bishop to advocate with UN agencies, Member States and NGOs about the sustained violence, intense human security and injustices taking place in South Kordofan, Nuba Mountains and Blue Nile regions. I scheduled meetings for the bishop. It was interesting to see how meetings are usually arranged in the UN system and I was surprised to learn how last minute some of them ended up being.

Organization is a key skill that I refined during this internship and I also sharpened my research skills. Towards the end of my internship I was asked to shift my focus to Latin America and the events going on there. I researched the current status of the historic peace process in Colombia between the government and the FARC after 50 years of fighting and a 2016 SC resolution/mechanism. This was an interesting experience, especially since I had to make sure that I filtered articles by date and made sure that my sources were reliable. This may sound like a straightforward and basic thing to do, but I realized that any mistakes that I made would have ramifications beyond me. This caused me to pay closer attention to small details.

I also learned to assess diplomatic language to a certain degree. I had the opportunity to attend meetings at the UN such as meetings in the ECOSOC chamber and the Security Council. Being able to hear how diplomats talk when they make speeches helped me navigate through the meanings beyond what was said. I am not exactly proficient at this, but it was a skill I previously did not have, and the more I refined it, the more interesting those meetings became.

My biggest takeaway from this internship would have to be a newfound appreciation for the UN and the various organizations that participate in the system. In the past, I was quite critical of the UN. I never thought that it should not exist, but I did think that the political dimension of it was a dead end that never seemed to work. The humanitarian work that the UN provided was the only thing it seemed to do better than anyone else, but since working at the UN I have come to realize that the UN is not a monolithic entity. Organizations like UNICEF are technically separate from the UN bureaucracy and so is the Security Council.

I realize now that the UN has taken the fall for many mistakes that originated from the member states, and that the UN is only as strong and as effective as the member states want to be. Politics certainly gets in the way of many of the initiatives that the UN tries to undertake, but the UN is still able to function despite the obstacles. I had never really considered the UN as a possible career path, but now that I have completed my internship there, I would not mind searching for a job there.

I would definitely recommend this internship to others. Perhaps they will walk away with a greater appreciation for the UN, as I did.