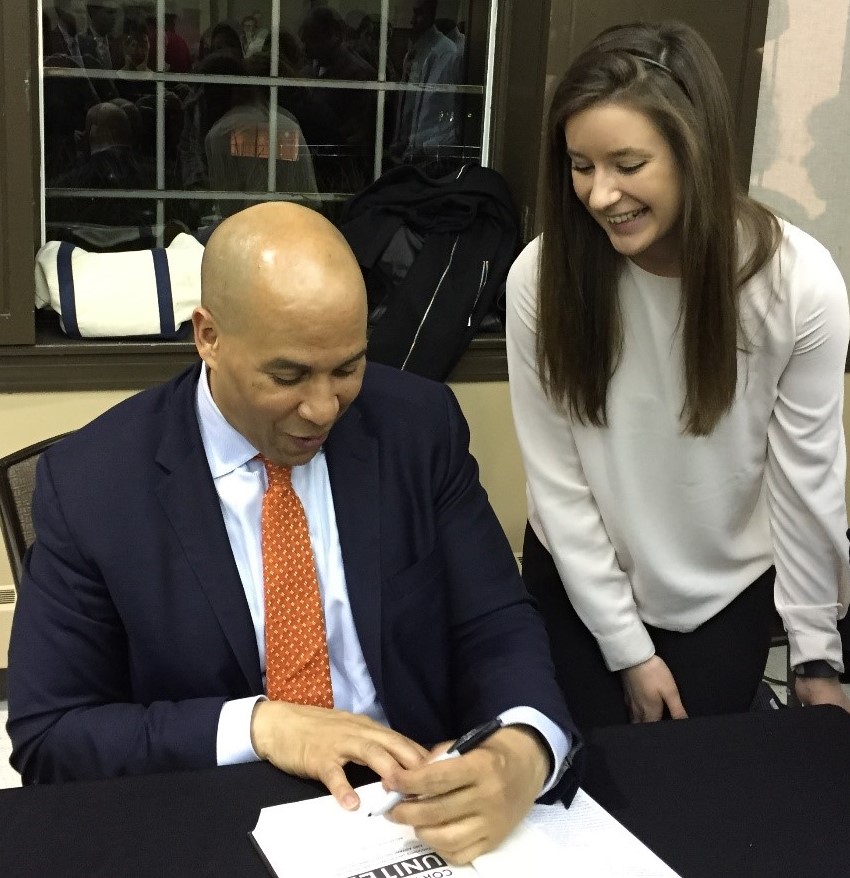 Most people would describe the city of Newark as a struggling neighborhood of crime and poverty. However, my experience working for the Office of Senator Cory Booker has opened my eyes to see Newark and many other cities as thriving hubs of opportunity and development. 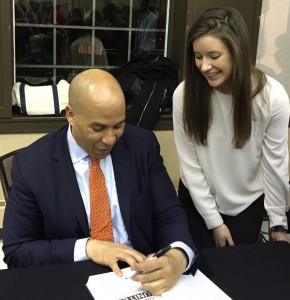 Senator Booker splits his time between Washington D.C. and New Jersey for congressional duties, travels in support of the 2016 presidential elections, and is currently on a book tour for his new bestseller “United”. As the Senator reports to his busy schedule, his office staff is the engine that keeps the congressional machine running. The Senator’s office in Newark is full of youthfully charged energy ready to take on any constituent inquiry, state development, and congressional opportunity released to the Senator. As an intern for a federal office, the day begins with a review of daily newspapers to keep each of the three senate offices, located in Washington D.C., Camden, and Newark, up to date with current events and happenings involving the state of New Jersey and Senator Booker himself. As time in the office of the Senator has passed I have had the opportunity to work with constituent advocates, case workers, and special project teams to work on policy memos, research speech materials, and respond to constituent requests.

Constituents usually write to the Senator when they are in need of help and have nowhere else to turn. I have had the opportunity to work on cases regarding immigration, environmental concerns, military affairs, health, and education. Along with deciphering if a new case can be developed by a federal office, I have interacted with constituents one on one, gaging cases and assigning each one to the proper caseworker to take care of their issue. The Senator’s office is dedicated to assisting constituents with concerns. I have become a part of a team which has reached out on behalf of immigration visas, retrieved documents from the VA, and worked with Medicaid providers to deliver health care resources to constituents who could not afford them. As time has passed in the Newark office I have witnessed the level of dedication each staff member has to their job and the citizens of New Jersey. The senatorial staff has exemplified dedication, professionalism, and compassion within the workplace and I would encourage anyone to write to the office of Senator Booker if they were ever to have a congressional inquiry.

As an international relations and diplomacy major I focus my interest in the national security and intelligence sectors of the federal government. I use talents developed through the School of International Relations and Diplomacy to brief policy documents, critically analyze cases, and develop writing samples for community outreach. Working for Senator Booker has provided me with the foresight of how a federal office operates and has furthered my interest in a future of public service. From my internship I gained skills of time management, adoption of new ideas, and adaptation to new opportunities. Offering support to the congressional staff and the constituents of New Jersey has been both rewarding and fulfilling. Similar to the city of Newark, I realized the potential I hold in creating change, whether big or small; every action I take is growth. Working for the Office of the Senator has given me construction materials to expand my own personal development.