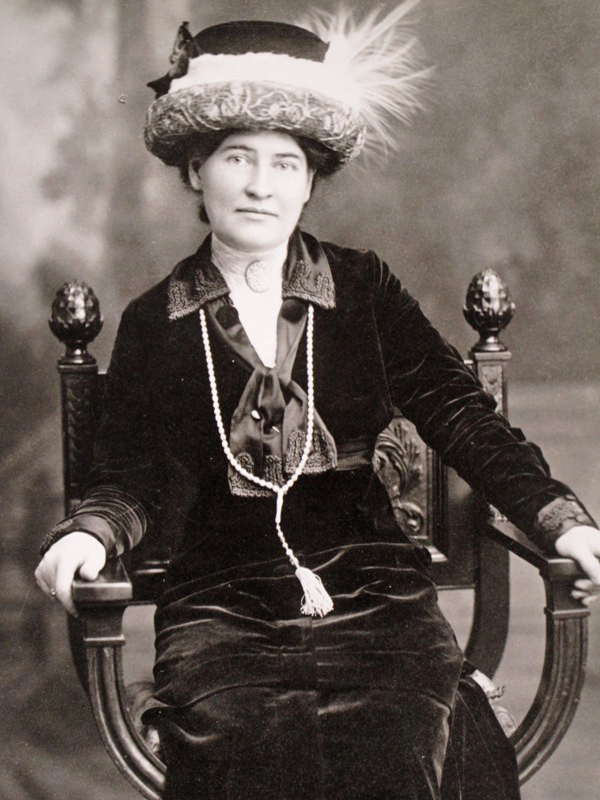 Biography: Willa Cather was a modern American writer most recognized for her regionalist and landscape writing. Cather was born as Wilella on December 7, 1873, in Back Creek Valley, Virginia and moved with her family to Nebraska at age nine. Cather initially entered University of Nebraska, aspiring to be a physician; however, after her English professor submitted and published her essay on Thomas Carlyle, she decided to pursue a career in writing. She then moved away from the Midwest to the East Coast (Pittsburgh, Pennsylvania) one year after graduation (1897) to work as the managing editor for Home Monthly, a women’s magazine. In 1912, with the support of her mentor Sarah Orne Jewett, Cather became a full-time fiction writer, letting go of her career in journalism. Eleven novels, two collection of short stories, and a book of verse later, she died in 1947 in New York and is buried in Jaffrey, New Hampshire.

Cather first published a book of verse, April Twilights (1903), followed by a collection of short stories, The Troll Garden (1905). With the exception of a collection of short stories titled Obscure Destinies, the rest of her work consisted of novels, which includes O Pioneers! (1913), The Song of the Lark (1915), and My Àntonia (1918). She wrote in rapid pace in the 1920s, her post-war novels, which includes One of Ours (1922) that won her the Pulitzer Price Award. She is also a recipient of the Prix Femina Amercain award from the French and the gold medal for fiction from the National Institute of Arts.

When Cather moved to New York City, she met her coworker who eventually became her domestic partner, Edith Lewis. The two rented an apartment together at 82 Washington Place. Despite her shared apartment with Edith, the place Cather most likely considered home in the city was her apartment at 5 Bank Street, a five story brick house. Cather and Lewis were forced to move out when the house was destroyed in 1927. New York City is the place she inhabited during her most prolific writing years.

Critical Analysis of “Coming, Aphrodite!” by Diana J Kim: In her short story, “Coming, Aphrodite!,” Cather displays women’s limitations. For example, in the story Don Hedger tells Eden Bower, the queen who “beheld [the captive’s] great stature … begged his life from her father” (445). Even though she has more power than the captive, she still has to beg her father, a man, to save him; hence, she cannot save him with her own powers. Also, the same captive, with malicious intent, tells her husband that there had been “forty men that he had let through the underground passage” (447). Thus, although the captive has to obey her commands, he has the ultimate control from knowing her secret. Similarly, Cather further emphasizes women’s limitations when Hedger and Eden talks about removing the bolt from the door to open up their rooms. Hedger explains that a man lived in his side before him, so “naturally, the lock was on the lady’s side” (450). Yet, the work Cather does to build up Eden’s power over men is damaged by Hedger who leaves her. Once he realizes the control Eden has on his emotions, he ends the relationship. Although he comes back for her, she leaves because of mere fate. Cather shatters women’s seeming control and realistically portrays men’s superior power.

Cather clarifies this when the narrator describes Eden and Hedger standing on the roof as a painting where there are “two figures … and nothing whatever distinguishable about them but that they were male and female” (449). Even when the viewer of a painting cannot distinguish any details about the figures, their sex is still noticeable. The narrator continues to explain, the “faces were lost, the contours blurred in shadow, but the figures were a man and a woman” (449). The readers get a sense of a person’s permanent stamp of gender, which they cannot suppress even when everything else about them can be hidden. 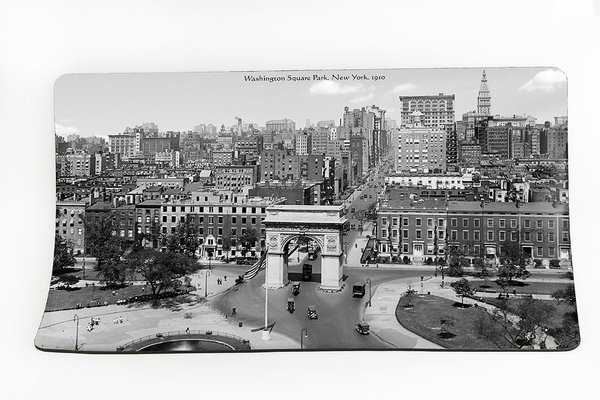 Washington Square Park & the Arch in 1910:  Not only did Cather reside in the village during most of her stay in the city, but Eden and Hedger in “Coming, Aphrodite!” also lives near the Square. Hedger talks about the “basement oyster house” he goes to with Caesar “behind the Square” (421). 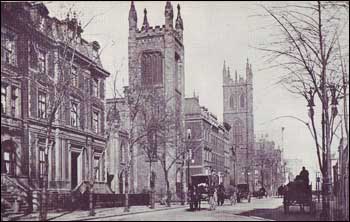 The Church of Ascension, Fifth Ave. circa 1910-1914: The Church of the Ascension was Cather’s favorite church according to her partner, Edith Lewis. Cather and Lewis for the last five years of Cather’s life lived in Grosvenor Hotel at 35th Ave., facing the church, before Cather died in their last residence in uptown.