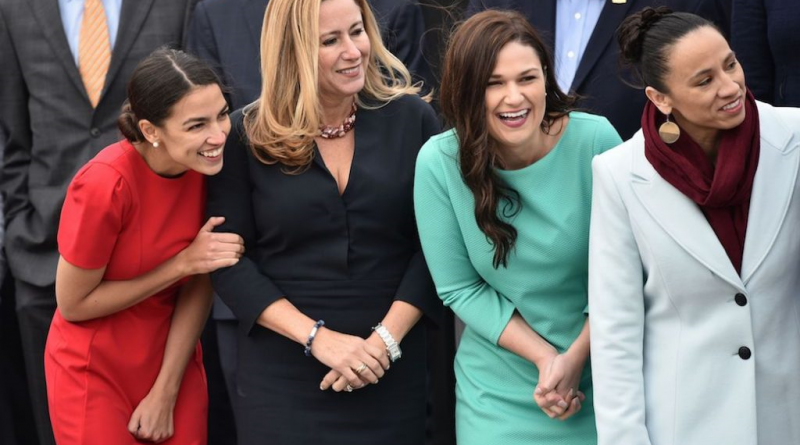 In a recent Twitter exchange, a female journalist stated that United States Representative Alexandria Ocasio-Cortez and her “frequent crying” reinforce stereotypes that women are too emotional for politics. The journalist was seemingly referring to the representative’s emotional reactions to various human rights violations at the border she had previously witnessed. Regardless of how emotional Representative Ocasio-Cortez became, what was most striking is that a woman said this. The situation poses the question: how many other women – and American citizens in general – feel this way? 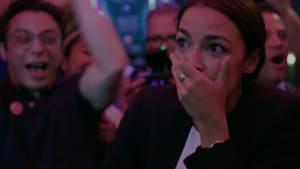 A recent study from Georgetown University claims that 1 in 8 Americans think women are not as emotionally suited as men to serve in a political office. Although these proportions are significantly less than previous years, this opinion still constitutes a vast number of Americans who may hinder women from gaining political office.

Currently, there are a record number of women in the federal government, as the 2016 and 2018 elections brought several new female faces into the Senate and House of Representatives. However, the rhetoric surrounding women in politics has not significantly changed; as the numbers above indicate, there are many Americans who believe women are not as emotionally capable as men to serve in the country’s most important political offices. This opinion is especially relevant with the 2020 presidential elections coming up, as there are five female candidates still in the race.

With the current political climate and rhetoric surrounding women, it is unfortunately difficult to imagine that a woman will be elected president in 2020, no matter if she has all the qualifications, experience, and capabilities to do so. In its current state, the political realm and society in America do not support a woman president. For one, thirteen percent of Americans believe women are too emotional for politics, with emotion evidently being a trait that is not equated with a successful political leader. Even in many organizations and institutions, women are often treated or paid as if their work is of lesser value. The sports world has experienced this dilemma for many years, most recently with the women’s national soccer team fighting for equal pay. The music industry has undergone similar scrutiny. For example, country music stations play women’s songs significantly less than their male counterparts, which has a direct impact on a song’s success. Among countless others, these are just two cases in which women are not ensured equal opportunity. How can we expect a woman to be elected to the highest office in the land when many American institutions and leaders do not equally support women?

Despite significant efforts that have been made to pave the way for women, nothing will change until the rhetoric and biased concerns for women’s “emotions,” “anger,” or potential electability shifts. Studies have shown that women are “disproportionately punished for traits that voters accept in male politicians, including ambition and aggression.” Thus, the problem might not necessarily be emotion – it may only be when a woman has too many emotions, or ones that are not deemed “proper”. Men in office have certainly become emotional; President Obama during his speech on gun violence in 2016 is just one example. Yet, men are still lauded as capable politicians. Women have an added collective pressure on them to keep certain emotions in check in order to win the presidency, as no woman has previously held the office. Current female candidates have expressed their frustration in additionally needing to prove that they can win, simply due to the fact that no woman has done it before and despite their previous political successes and triumphs.

The issue regarding women and their political capabilities is more relevant than ever before. The world was watching closely in the last election, and they will be watching to see how the United States acts in 2020. Countless nations have elected a woman as the head of state or government, with the United States noticeably absent from that list. This is not to say the United States should elect a woman simply for the sake of electing a woman, but how can the public promote the idea of girls can “do anything, be anything” if a significant amount of the population likely would not – or could not – support a woman as president?

It is time to consider that emotions are important. Emotions equate to passion. Passion equates to care. Politicians who care can bring about change this country desperately needs in so many aspects. Change needs to happen, and every American citizen has a responsibility to bring about that change. Simply put, women need to be encouraged and empowered just the same as men. Almost every woman I have met in my life has been told that they will have a difficult time accomplishing a task, getting a job, or succeeding in a certain field – myself included – simply because they are a woman. For a woman to even have the chance to be elected to the highest office in the country, changes will need to be made in other areas first. America has progressed in terms of gender equality, but there is still a long way to go and recognition of that is vital.

Many are concerned that emotions are the problem; instead, they should be seen as an asset. Emotions elicit responses that are necessary for important change and growth. Whether it is Greta Thunberg tapping into the emotions and garnering support of millions of people, especially the youth, to consider the severity of climate change or women around the world sharing their emotionally and mentally taxing “Me Too” stories, emotions play a role that cannot be undermined in the political realm. Instead of seeing emotion as a weakness in women, the American citizenry must understand its value for every politician wanting to make a difference. At this point, a candidate who is emotional about the plight of the American people, what they stand for, and where the country is headed, is exactly what the country needs.