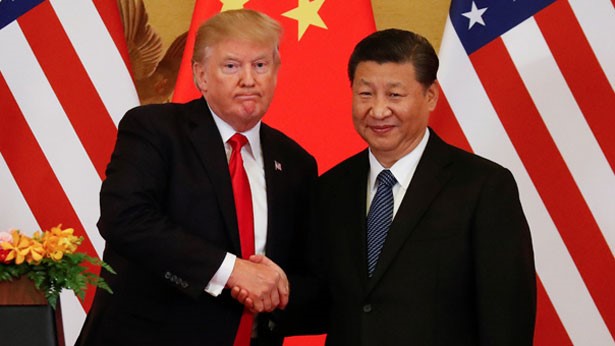 by Spencer A. Hinton

The term “Thucydides Trap” has been misused on several occasions as of late to describe the current U.S.-China power struggle. A Thucydides Trap results when a leading world power finds itself in competition with a rising adversarial state, resulting in the two powers engaging in an armed conflict. There has not been a Thucydidean contender quite like China, and not amid such a distinguished political atmosphere. Furthermore, recent publications covering this topic have paid little attention to exceptionally relevant cultural underpinnings of Chinese leadership which refute the idea of a potential military engagement between the two economic powerhouses. No need to board up your windows or stock your bomb shelter with non-perishables.

Contentious power struggle over territory and resources are both indicative of a potential Thucydides Trap. Such Thucydidean risks are present in the tumultuous economic Cold War the two powers have found themselves drudging through. Maritime territorial disputes, tariff rallies, and theft of intellectual property are just a few of such risks associated with the potential of an apparent modern-day Thucydides Trap. The security dilemma the two have found themselves in is quite the Catch 22, but such a term as “Thucydides Trap” to predict the outcome of this relationship is an oversimplification.

Times have changed since the time of the Athenian historian and war general, Thucydides. Post-Westphalian world order is far different from the era of the ancient Greek philosopher, where the violent pursuit of regional hegemony between Sparta and Athens served as the basis for understanding an imbalance of power between two states. Many deterrents of war are clear as day. It goes without saying that the mutual apprehension of the nuclear risks in themselves is enough to keep the two powers at bay. Not to mention, the ripple effects an entrenched international system and global economy would feel keep the powers out of physical conflict. However, this is not the ordinary power competition.

The U.S., defending hegemon, is not faced with the conventional Thucydidean contender. Bipolarity is not a deciding factor in this competition for hegemony. The combination of the U.S.’s retrenchment in the international forum, China’s rise, and European and Russian stagnancy contribute to a multipolar environment uncharacteristic of the historical duel-like conditions of Thucydidean risk. Can either state risk sparking a cascade of deleterious economic changes resultant of an armed conflict in an increasingly multipolar environment? Of course not; history says no. Even still, we must dig deeper to fully analyze this issue. The literature emphasizes far too often the structural and political conditions of this security dilemma.

At the core of Thucydidean thought is the realist belief that international affairs is a struggle for power among self-interested states. Most of realism’s leading thinkers, like Hans J. Morgenthau, would contend that this power is in the form of military strength. China appears to be on the upswing in the emerging modern-day Cold War, but this war is rather quiet on the securities front. According to the Stockholm International Peace Research Institute, Chinese military expenditure as a percent of GDP has been on a steady decline through the turn of the century. In 2003, China’s military expenditure was 2.1% of its GDP for the year, and in 2017 that figure fell to 1.9%. For this span of time, U.S. military expenditure has fluctuated above their Chinese rivals’ numbers by nearly a whole percent, accounting for 3.6% of the GDP in 2003, and 3.1% in 2017. Put plainly, there appears to be a very one-sided security competition.

Contrary to the realist perspective of a security dilemma, China’s military spending is less than what the Thucydides Trap may predict. The Thucydidean factors that allegedly lead to war have had little effect on the security requirement for this theory. Furthermore, China has taken the lead in contributions to United Nations Peacekeeping. From providing a mere 3% of total financial contributions in 2013, China currently contributes to 10.25% of the UNPK budget, surpassing the U.S. Unlike a Western power facing these Thucydidean conditions, China would sooner incrementally strengthen their position in the global economy and international forum than engage in a military conflict. The potential for China to modernize its military capacity through collaboration and increase its position as an international stakeholder outweigh the theorized tit-for-tat security competition.

Or perhaps the reason this heavily Western-influenced theory cannot adequately explain phenomena in the Trade War is since China is not a Western adversary of the U.S. Maybe the revitalization of an old Asian civilization cannot fully be explained by the succession of philosophies from Greek and French thinkers. “In the Western tradition, there is a heavy emphasis on the use of force; the art of war is largely limited to the battlefields; and the way to fight is force on force,” wrote David Lai, an expert in Asian military affairs. War for Chinese strategists is largely political and psychological. Lai illustrates this approach by comparing chess with the Chinese equivalent, weiqi (often referred to as go). In chess, a player wins by dominating his opponent or by exhausting his opponent’s defenses. In weiqi, one does not rush into a premature victory, one must surround his opponent and aim to build an incremental advantage. Lai warns that “it is dangerous to play go with a chess mindset.”

Thucydides Trap believers may be inclined to characterize the escalating U.S.-China tension in such terms, but military conflict is unlikely to be the outcome of this debacle. Instead, this conflict has taken on alternative methods of mitigating perceived Thucydidean risk.

Spencer Hinton is a double M.A. candidate in Diplomacy and International Relations and Asian Studies at Seton Hall University. He is a Graduate Assistant at the Joseph A. Unanue Latino Institute and also serves as an Associate Editor for the Journal.