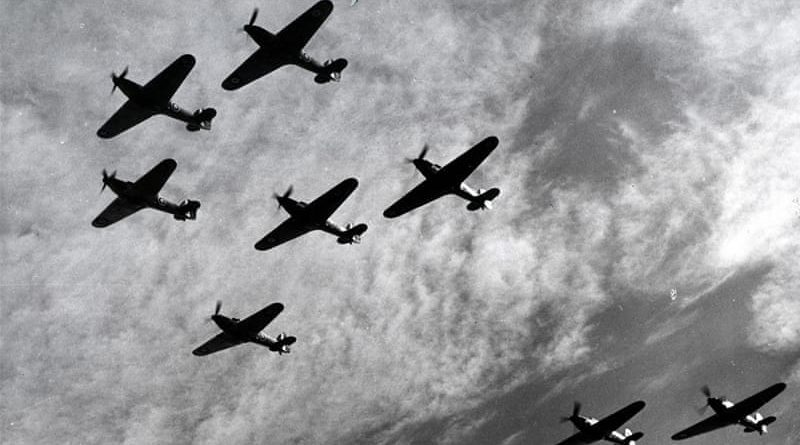 This four-part series imagines the possible scenario of a future war between Russias and Western forces. In Part I, these hypothetical events are written in the form of journal entries in a nonlinear timeline, similar to the style of Bram Stoker’s Dracula. Parts II and III consist of an analysis of the imagined war while Part IV explains the importance of war preparedness and offers policy recommendations. Each section of this series will be published the subsequent week.

Part I: Lessons from the Future

It has now been four years since World War III started. The Allies were making an impressive comeback in Asia. India had finally broken into Chinese inner lands, closing in on Xining city. The U.S., Japan, South Korea, and Pacific Allies had finally made inner advances too. Reports reported that Zhengzhou and Jinan would be taken in a matter of days. Soon, China’s Army would no longer be able to hold Beijing, and victory would be established in Asia. While near-victory in Asia called for celebrations, a whole different story was unfolding in Eastern Europe.

The U.S., NATO (minus Turkey), and Allies had made rapid and significant gains in Eastern Europe at the beginning of the war. As always, Russia was unable to properly defend ground in Ukraine and Belarus, which facilitated the West’s advances on the ground. For Russia, it was experiencing Napoleon France, Wilhelm Germany, and Nazi Germany all over again. Geography, that is, the vast plains of Ukraine and Belarus, favored the West. Yet, it had now been a little over two years since the West made any significant advances. War had become stalemated with Vilnius, Minsk, Kiev, and Chisinau serving as the holding lines for both the West and Russia.

For a year now, there were criticisms in the air that commented that if the West had concentrated all of its forces in central Europe (Poland, Czech Republic, and Slovakia), launching all attacks from there, that Russia could have fallen within the first two years, if not first year of the war. Yet, full concentration of forces in Central Europe was impossible, as the West feared a neutral Turkey and a Russian invasion of Bulgaria and Romania. For the first year and a half of the war (May 2022 to December 2023), the West had placed a significant amount of forces across the Carpathian Mountains, the Transylvanian Mountains, Rhodope Mountains, and Balkan Mountains. These forces were prepared to hold and maintain their geographical position in case a Russian invasion of Romania and Bulgaria via the Black Sea occurred or a sudden involvement of Turkey in Russia’s side during the war concurred.

Western forces located in Central Europe were able to make rapid gains into Belarus and Ukraine early in the war (May 2022 to December 2022) but were deterred and eventually pushed back as they neared Russian borders. On January 2, 2023, as the West and Sweden were mobilizing in preparation to make an amphibious assault in the Baltics, Russia did the unthinkable: detonated tactical nuclear bombs across the Baltics. Such a move immediately took any incursion from the north (Baltic Sea and Finland) off the West’s chessboard. The West was outraged and there was a lot of talk about the U.S. needing to retaliate with nuclear proportionality. Yet, the U.S. President refrained himself—a bold, courageous, and exceptionally difficult decision to make. With the West’s forces nearing Russian borders, Western forces decided to hold their positions and not make any further advances. The war in Eastern Europe had become a stalemated, with military strategic decisions having become frozen.

The fear that Russia could again strike with dirty bombs affected all aspects of offensive military decision-making. It was roughly two years now since Russia used dirty bombs and Russians were making a comeback during the harsh winter of 2024-2025. Russian forces were able to push Western forces behind the Vilnius, Minsk, Kiev, and Chisinau lines. In a matter of months, Russia had regained half of the land lost in Belarus, Ukraine, and Moldova. As it now seemed that the central battlegrounds of this war would be across the horse-shoe line (Vilnius, Minsk, Kiev, and Chisinau), the West sent reinforcements from Romania and Bulgaria up to Poland, Belarus, and the Ukraine: a move that Russia was patiently waiting for.

On February 16, 2025, Russian naval fleets made an amphibious landing in Bulgaria and Romania. Finally, after almost three years of waiting, Russia played her Bulgarian and Romanian card. Invading Bulgaria was easy given that Bulgaria had been cut off from energy sources coming in from Russia during the early months of war. For Western forces, it was troublesome to run 24/7 operations in Bulgaria; hence, they stationed themselves in the Balkan Mountains and Rhodope Mountains in anticipation that a Russian invasion would be easier to defend from these defensive postures. In Romania, the main bulk of forces had stationed themselves in the Carpathian Mountains and Transylvanian Mountains, as to make sure that Russia would not make any advances into Central Europe from the south.

Although all moves had been calculated and expected during the early months, if not early years of the war, the West had become frustrated that Russian invasion via Bulgaria and Romania never came and began to divert forces into Central Europe during the early days of January 2025. Such a reallocation of forces later facilitated Russian advances from the south and soon reallocating forces from Central Europe to Southern Europe would be necessary.

With fewer troops on both battlefronts and several European-country-specific soldiers demoralized, would the West be able to fend off Russia’s advances? Stay tuned for next week’s installment of Lessons from the Future for an analysis of what the U.S., NATO, and allies can do to prevent Russia from making a comeback.