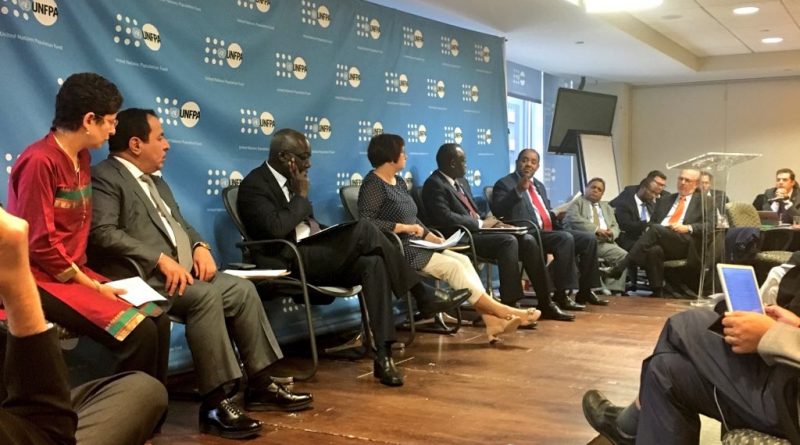 In 1994, authors of the book edited by Douglas Johnson and Cynthia Sampson, Religion, the Missing Dimension of Statecraft, expressed their concern about the sort of discrimination against religion in the field of international relations. However, since the terrorist attacks of September 11, 2001 (9/11) in the U.S., there seems to have been more attention given to religion. On the one hand, the attacks had a direct domestic impact in the U.S. as far as national security is concerned. As a result, on the other hand, religion has become one of the main factors to determine the outcomes of many states’ foreign policies, especially in the West. Although the events of 9/11 caused an important change in the perception of religion and since the “enemy was an invisible one,” states needed to have legitimate and visible discussion partners who better understand the phenomenon (Seiple and Hoover 2004). Among these partners are religious actors and faith-based organizations. While religion and religious actors are welcome at some negotiation tables and decision-making processes, the United Nations 2030 Agenda for Sustainable Development offer another opportunity to pursue the inclusion of religion, Faith-Based Organizations (FBOs), and religious actors in general.

September 21, 2018 was not only an International Day of Peace, but it was also a day several FBOs and religious leaders from a variety of faith traditions and geographical locations gathered in New York for the Kofi Annan United Nations General Assembly (UNGA) Faith Briefings. What made this year’s gathering even more special was that it coincided with the passing few weeks ago of the one who initiated this forum ten years ago: the late former UN Secretary-General Kofi Annan. Some questions the panellists of the UNGA Faith Briefings addressed included, “What do you think about the secular scepticism that is arguing that the UN’s work with faith-based actors is instrumentalizing these actors, and can be ultimately detrimental to human rights?” “How would you advise FBOs to work in support of the UN, or just carry on their respective critical service agendas regardless?” The 2018 UNGA Faith Briefings was another opportunity to review and discuss about the partnership between the UN system and FBOs, especially in respect to the 2030 Agenda for Sustainable Development. It was also an occasion to emphasize the uniqueness of the United Nations as a gathering place irrespective of differences.

2030 Agenda for Sustainable Development and FBOs

Three years ago, precisely 25 September 2015, 193 member states of the United Nations adopted the 2030 Agenda for Sustainable Development’s 17 Goals. The latter, also referred to as the 17 SDGs, were designed, along with the 169 targets, to address issues pertaining to the well-being of humanity and planet, ranging, for instance, from inequality (goals 5, 8 and 16), injustice (goals 10 and 16) to climate change (goals 13, 14 and 15). The implementation of these goals and targets is not a sole responsibility of members states, but it also involves non-state actors as well as individuals. Religious actors and FBOs are equally concerned about the issues raised in those goals and targets. In fact, Art. 39 of the Resolution 70/1 points out that “in the spirit of global solidarity…Governments, private sector, civil society, the United Nations system and other actors” will work towards the implementation of the 17 Goals and 169 targets. Thus, the inclusiveness of the implementations of these goals and targets is often associated with what I refer to as the principle of “leaving no one behind.”

However, the relationship between states and religion has not always been rosy. While some participants like Ambassador Philip Ochen Odida, Deputy Head of Mission of the Permanent Mission of Uganda to the United Nations, noted that there was no antagonistic relations between FBOs and the State of Uganda, other participants at the UNGA Faith Briefing indicated their concerns about a generalized “scepticism” of both member states and the UN system towards Faith-Based organizations and religious actors in general. For Adama Dieng, Under-Secretary-General on the Prevention of Genocide, not only should religious scepticism be fought, he also suggested that a positive secularism (laïcité positive) should be welcome. At the same time, Dieng warned that neither religion nor any other actors needed to be instrumentalized. Ambassador Mussie Hailu, regional director for Africa and representative of the United Religions Initiative-Africa, went further in cautioning against both the “politicization of religion” and the “religionalization of politics.” This reluctance between FBOs, member states and the UN system hamper the effectiveness of their partnership. Many participants of the 2018 UNGA Faith Briefings argued for a respectful and mutual trust partnership between the UN and member states, on the one hand, and FBOs, on the other. This kind of relationship is not only necessary, but it also offers several benefits.

One United Nations for Everyone (Including FBOs): Necessity and Benefits of a Mutual Partnership

The majority of speakers at the UNGA Faith Briefing observed that the principle of “leaving no one behind” also meant the inclusion of FBOs in the implementation of the 2030 Agenda for Sustainable Development. In addition, they also claimed that the UN was for everybody. For instance, Andrea Bartoli, Dean of the School of Diplomacy and International Relations at Seton Hall University, remarked the importance of the United Nations as being a place where unique, good, and uncensored stories can be shared:

“We have only one United Nations. It is good for us to remind ourselves, that we have one planet, the earth, and one humanity. And, you are just one person…We need to consider ourselves in this context of life, not necessary as someone who is divided and is dividing. But, actually, as someone who unites and be united…The United Nations is a place to share good stories. The United Nations is a place where story can be heard, in a way that very often states are not able to hear, because they hear the threat within that story. The UN is hearing a lot of noises that the states themselves cannot hear. It is easier to be gay in the United Nations than in many states; it is illegal, dangerous in a lot of places…”

These words of Bartoli resonated in the speeches of several other panellists who continued in the same vein explaining the necessity and benefits of a respectful and mutual partnership between states, the UN and FBOs. They portrayed the relevance of such a partnership using two instances.

First, according to a 2010 demographic study of the Pew Research Center’s Forum on Religion & Public Life, more than 84% of the 2010 global population are affiliated with a religious group. This percentage indicates the importance of faith, belief, or a sense of identity many attach to religion or religious organization. It also reveals, irrespective of one’s tradition, the mobilization capacity of religion.

Second, FBOs and religious actors are present in all phases of conflicts offering their services before, during, and after conflicts (e.g., mediation, humanitarian aids, post-conflict assistance). While noting that FBOs need to include more women and youth in their activities, particularly in mediation and peacebuilding, Ambassador Kai Sauer, of the Mission of Finland to the United Nations, applauded their work in collaboration with his state. In addition, in the 2002 UN report “Prevention of Armed Conflict,” the late UN Secretary-General, Kofi Annan, clearly indicated the importance of including religious actors in preventing armed conflict. For him, faith-based organizations and religious actors in general “possess a culturally-based comparative advantage in conflict prevention, and as such are most effective when they emphasize the common humanity of all parties to a conflict while refusing to identify with any single party.”

In conclusion, the 2018 Kofi Annan UNGA Faith Briefings tackled some contentious issues relevant in advancing the 2030 Agenda for Sustainable Development with the support of FBOs and religious actors in general. The support of these actors remains, however, at the leadership level without necessary guaranteeing the contribution of grassroots members, especially in the context where no one is to be left behind. In addition, as one participant noted, how to ensure that FBOs members around the table are “truly” representative of their constituencies? In the concluding remarks, Lopa Barnejee, Director of the Civil Society Division at UN Women, advised the participants to promote and to preserve multiculturalism as they engage in strategic key actions that include: 1) creating a narrative of shared humanity; 2) go beyond humanitarian and services; 3) to engage politically; 4) and to create alliances for change.

Roger Alfani is an Executive M.S. of International Affairs candidate at the School Diplomacy and International Relations with specializations in Foreign Policy Analysis and International Law and Human Rights. He has his PhD in Religious Studies and Peacebuilding from the University of Montreal. While pursuing his M.A., Dr. Alfani is an Assistant Research Fellow with the Dean of the School of Diplomacy and International Relations at Seton Hall University. His research interests the role of religious actors in peacebuilding and the nexus between religion and foreign policy. He has published on the role of churches in conflict transformation in Goma, Democratic Republic of the Congo. His current projects include the publication of his book Religious Peacebuilding in the Democratic Republic of the Congo (2019).